It was raining hard as we set off from our hotel in Bodmin on the 10 mile journey to St. Austell where we’d planned to have breakfast and a little look around the town.  Apart from a cosy pub for some breakfast, there seemed little in the town to interest us but to be fair, few places look appealing in the midst of a heavy downpour.

St. Austell is one of Cornwall’s largest towns and used to be a centre for mining.  During the mid 18th century large deposits of china clay, a mineral known as kaolin were discovered.  This created a boom time for the town when at its peak 65,000 tonnes were being extracted each year.  By 1910, Cornwall was producing 50% of the world’s china clay used in the production of fine porcelain, paint and rubber products but as with many other industries, it went into decline in the 1980’s due to cheaper foreign imports.  Large conical shaped spoil heaps have left their mark on the area and it was to one of the former china clay quarries that we were heading next.

It was only a ten minute drive from St. Austell to the Eden Project, a 35 acre patch of land that has been transformed from a barren china clay quarry into an oasis of greenery.  The attraction is clearly signposted and has numerous parking areas.  A car park attendant was directing traffic and we found it amusing when he enquired whether we were visiting the attraction or were wanting the drive through flu jab centre!

We’d pre-arranged our visit in advance and it didn’t matter that it was raining as we would be guaranteed warm and dry conditions inside the huge glass domes.  The Eden Project was established by an ecological charity to promote education about the natural world.  Standard adult tickets are £28.50 which is the same price as an annual pass so it’s worth considering if you might be returning to Cornwall again during the year.

From the visitor centre a pathway leads visitors through the landscaped gardens to the two biomes which are essentially giant greenhouses.  The biomes with connecting smaller domes have been designed to recreate the climate and vegetation of both the Rainforest and Mediterranean.

Following a one way route, we entered the Rainforest biome first which is the larger of the two.  As soon as we entered, the humid atmosphere hit us, my glasses steamed up, and it really did feel for a moment as if we had been transported into the tropics.

Winding pathways took us through a bamboo tunnel, beside banana plantations and huge rubber trees.  An elevated rainforest walkway then takes visitors high above the tree canopy from where we could see swampy ponds and a waterfall cascading down a rock face.  It’s a great place for families as information boards indicate where everyday foodstuffs such as bananas, coffee, rice, sugar and spices grow around the world and the impact they have on local communities.

A spacious cafe links the two biomes together and we passed through there to enter the cooler Mediterranean biome.  Here we were taken through the landscapes of the warm temperate regions of the Mediterranean, South Africa, California and Western Australia with displays of exotic plants growing in these regions.  There’s even a Mediterranean themed café where you can sit surrounded by bougainvillea amid a backdrop of exquisite Portuguese blue and white tiling.

There was more to see outdoors and with a break in the rain showers we were able to explore the gardens which are divided into different zones featuring a Cornish oasis, a sensory garden and an allotment.  With so much of interest in the two biomes and outdoors I would suggest setting aside a minimum of two hours to be able to see everything without rushing.

The quaint fishing village of Mevagissey was our next stop and being just six miles away it didn’t take us very long to get there.  We parked in the main car park located in the centre of the village paying just £1 to stay for an hour which we thought would be long enough for us to explore the small village and harbour.

Roads in Mevagissey are extremely narrow even by Cornish standards so I wouldn’t recommend attempting to drive through the village centre in a large vehicle unless you are an expert at reversing around sharp bends.

The village remains largely unspoilt from tourism and although its narrow streets are lined with shops, cafes and the occasional pub it’s a very peaceful little place.  Near the harbour we spotted a white washed home called The Watch House which still had an ancient stone mounting block outside its door.  This must have been very useful in the days of travelling around by horse.

The harbour-side is very pretty and even in such dismal conditions we enjoyed a walk around the working harbour with its small fleet of fishing boats.  The rows of pastel coloured cottages perched on the cliff side looked idyllic and must surely offer the best views in town.

Our final destination of the day was The Lost Gardens of Heligan a short distance away.  If I’m honest, it really wasn’t the weather for visiting a garden but as our time slot had been pre-arranged we didn’t have much choice.  Standard adult admission to the gardens is £16.

The Lost Gardens of Heligan was lost to overgrowth after the Second World War and rediscovered by accident in 1990.  The 200 acre site comprises a botanical garden, ancient woodland and a jungle along with a working estate and farm.

After leaving the visitor centre we followed a path down a steep sided valley to the jungle.  This area is sheltered, forming a microclimate up to five degrees warmer than the rest of the gardens allowing exotic plants to thrive.  The heart of the jungle area is known as Fern Gulley from where steps lead down to a large pond.  The path then winds its way among towering ferns and exotic plantings of giant rhubarb, bananas, palms and bamboo.

One of the longest Burmese rope bridges in Britain stretches 100 feet (30 metres) above the jungle floor providing stunning views of the tree canopy.  After crossing the bridge we continued into the lost valley passing some working charcoal kilns.  The kilns produce charcoal for barbecues which we discovered later was for sale in the gift shop.

The rain had become even heavier which made it very slippery underfoot as the paths had become very muddy.  We proceeded carefully trying to avoid the puddles returning uphill to the Pleasure Gardens which are laid out in a formal style with walled gardens and fountains.

The adjacent Kitchen Garden is approached by an attractive archway and contains 300 varieties of mostly heritage, fruit, vegetables and herbs which are cultivated to supply the Heligan Kitchen with seasonal produce for its cafe.

To round off our visit we explored Home Farm which is home to traditional and rare breed livestock and a great place for children.  Large, open pens contain a variety of animals including pigs, sheep, and poultry whilst in an adjoining field we met a pedigree shire horse called Courage.

The Lost Gardens are a really lovely place to visit on a nice day, being suitable for the whole family with jungle paths, a farm and adventure playground to keep children amused.

Before setting off back to Bodmin we popped into the Heligan Kitchen cafe at the top of the site for a much needed warm up.  We then made our way back to the hotel after a rather soggy but nonetheless enjoyable day out.  As they say, you can plan most things but not the weather! 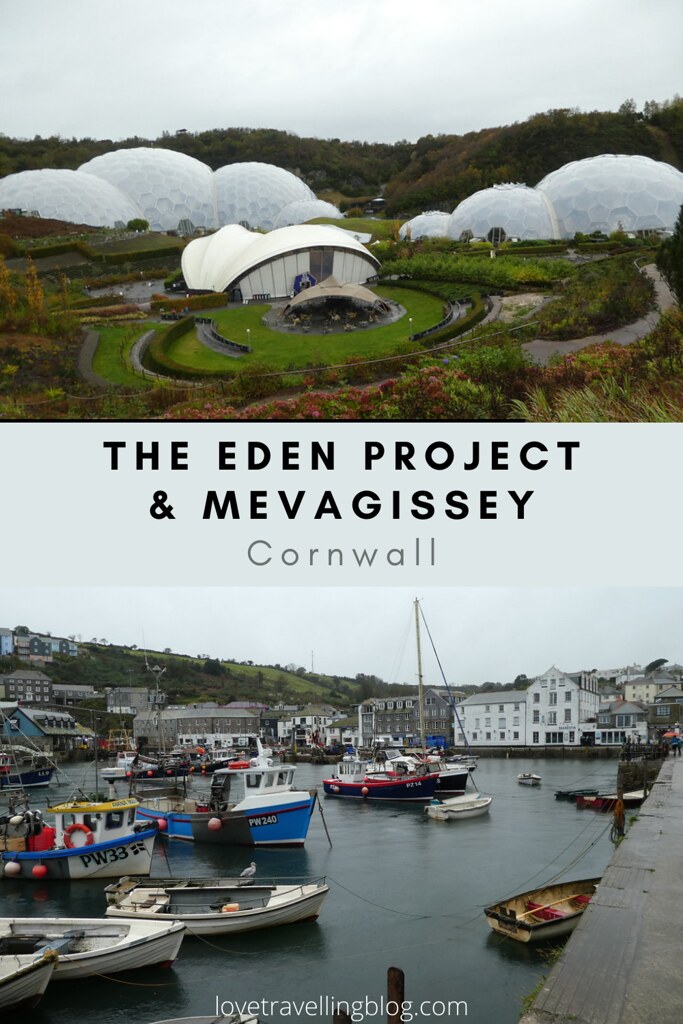