By car:  Blackpool has a motorway link direct to the centre of the resort – take the M6 to Junction 32 and the M55 will lead you there.

By train: The town has 3 railway stations, Blackpool North, Blackpool South and Blackpool Pleasure Beach.  With direct services from London Euston, Birmingham, Glasgow and Edinburgh to nearby Preston, it’s then just a short connecting journey to the resort.

1. Take the lift to the top of Blackpool Tower

The famous Blackpool Tower rises to a height of 158m (518 feet).  It was constructed in 1894 and inspired by the Eiffel Tower in Paris but differs as the base of this tower is hidden by a red brick, three storey building.  It’s home to a circus and the famous Tower Ballroom with its Wurlitzer organ.

Tickets can be purchased covering some or all of the Tower attractions and are 20% cheaper if pre-booked online.  Taking the lift to the top on a clear day is an absolute must.  Included in the ticket price is a short film about the history of the tower and the resort.  On entering the 4D theatre pick up a pair of 3D glasses and stand on one of the raised platforms ready for the performance to begin.

After enjoying the 4D cinema experience take the lift to the tower top. Watch cars and buildings decrease in apparent size through the steel girders as you ascend to the indoor viewing platform which is now known as the Blackpool Eye.  If you have a good head for heights you can take ‘The Walk of Faith’, a 5cm glass floor running along the western edge of the tower.  Blackpool Tower

2. Laze on a deckchair on North Pier

Take a stroll along North Pier, the oldest of Blackpool’s three piers which first opened in 1863 as a 500m pleasure pier with a landing jetty.  There’s no charge to wander along this English Heritage listed wooden pier jutting out over the town’s Blue Flag beach into the Irish Sea.  Along there, you’ll find bars, an ice cream parlour, a theatre and amusement arcades for traditional seaside fun plus lots of traditional deckchairs for a relaxing afternoon in the sun.  Blackpool Piers

3. Take a ride on a heritage tram

Heritage trams are frequently brought out of their tram sheds to evoke memories of times gone by. During these golden tram heritage events, it’s possible to view different generations of the Blackpool Transport fleet and take a ride on one of them along the promenade.  At all other times a modern fleet operates a frequent service along the seafront.

The SeaLife Centre is located mid-way between North and Central piers.  Climb the stairs to view the tanks filled with marine life from huge sharks to small, delicate seahorses.  Walk through a concrete glass tunnel with fish swimming all around you and if you’re a thrill seeker you can enter a cage to snorkel with sharks and turtles.

Take a self guided tour around this world famous exhibition.  Start with a scale model of the Strictly Come Dancing ballroom and view the presenters Tess and Claudia looking almost as if they were real.

Next, move along to the ‘I’m a Celebrity, Get Me Out of Here’ gallery where you can walk along a re-created rope bridge into the bush, come face-to-face with Ant & Dec and even take part in a pretend bush tucker trial!  Madame Tussauds

6. Buy a stick of rock on the Golden Mile

Wander south along the promenade passing the famous Golden Mile with its myriad of slot machine arcades, fortune tellers, fish and chip shops and stalls selling Blackpool rock.  Tacky yes, but it’s what Blackpool is famous for.

7. Ride a rollercoaster at the Pleasure Beach

Facing the South Pier is the Pleasure Beach, a theme park featuring a selection of rides from roller coasters to gentler rides suitable for young children.  For the ultimate in thrills why not brave the Big One, the theme park’s tallest rollercoaster or feel the thrill of one of the world’s only twin track coasters, the Grand National.

The Winter Gardens complex comprises a collection of theatres, exhibition halls and a ballroom.  Constructed in 1878, visitors are welcome indoors without charge to enjoy viewing the Art Deco interior and to marvel at the elegant Empress Ballroom.

Over the years it has hosted the conferences of all three main UK political parties and of several Trades Unions.  Its Opera House is one of the country’s largest theatres in the country, seating 3,000 people, still attracting top performers to its stage.

In the spectacular domed entrance hall view the wonderful sculpture of the iconic comedy duo, Morecambe and Wise who performed in the resort more than 1,000 times, first appearing on stage in 1941.  The statue was unveiled in 2016 to celebrate Eric and Ernie’s double act 75th anniversary.  Winter Gardens

The main park entrance is located on West Park Drive, a 30 minute walk from the town centre.  For visitors arriving by car, there is free parking along the entrance drive and behind the cafe further into the park.  It’s Blackpool’s largest park and has been open since 1926.  In 2019 it gained the accolade of best park in the U.K.  and its Italian Gardens and boating lake take pride of place in the centre.

There’s plenty of variety from the modern Hounds Hill shopping centre leading onto vibrant Church Street and to the traditional stalls inside the popular indoor Abingdon Street market hall.

11. Be dazzled at the Blackpool Illuminations

The Blackpool Illuminations is an annual lights festival which was founded in 1879.  It started life with garlands of 10,000 coloured light bulbs strung along the seafront and was such a huge success that it continued as an annual event extending the tourist season by an extra two months.

The Illuminations or ‘The Lights’ as they are often referred to run from late August to early November each year.  Nowadays they extend for 6 miles (10 km) and contain more than one million light bulbs.

Drive slowly through the illuminations, walk or view the extravaganza on board one of the illuminated trams which are shaped to resemble a train, a boat and a rocket.  Blackpool Illuminations

Enjoy a tram ride along the coast to Fleetwood at the end of the line, taking around 45 minutes.  The track extends for 11 miles starting from Starr Gate in the south of the town up to Fleetwood in the north.  The town lies on the Wyre estuary overlooking Morecambe Bay.  There has been a flourishing market in Fleetwood since the 1840 with both indoor and outdoor halls selling produce, clothes and almost everything else.  Take a stroll along the esplanade and venture into the seafront gardens.  For some retail therapy head to the Affinity Outlet featuring 45 stores and cafes overlooking the Marina.

A short 25 minute bus journey (11 or 11X) or car ride takes you to stylish St. Annes-on-Sea with its broad square, tree lined avenues and attractive small shops and cafes.  There’s a beautiful Victorian pier just a short walk from the town centre with a Tudor style entrance reflecting the town’s heritage and feeling of grandeur.

Stroll through the promenade gardens and view the Victorian bandstand and ornamental fountain, both of which have been carefully restored and are surrounded by ponds and neat flower borders.

An attractive small market town located just five miles from Blackpool, accessible by car or by taking the No. 2 bus. The quaint town centre is in a conservation area and its historic market place closed to traffic.

Visit the parish church of St. Chad’s at one end of the square, it’s churchyard is noted for its delightful springtime display of crocuses.  Pop in one of the pretty little tea shops for a bite to eat and then before leaving spend time looking in the Teanlowe indoor shopping centre with its upscale Booth’s supermarket (the north of England’s answer to Waitrose). 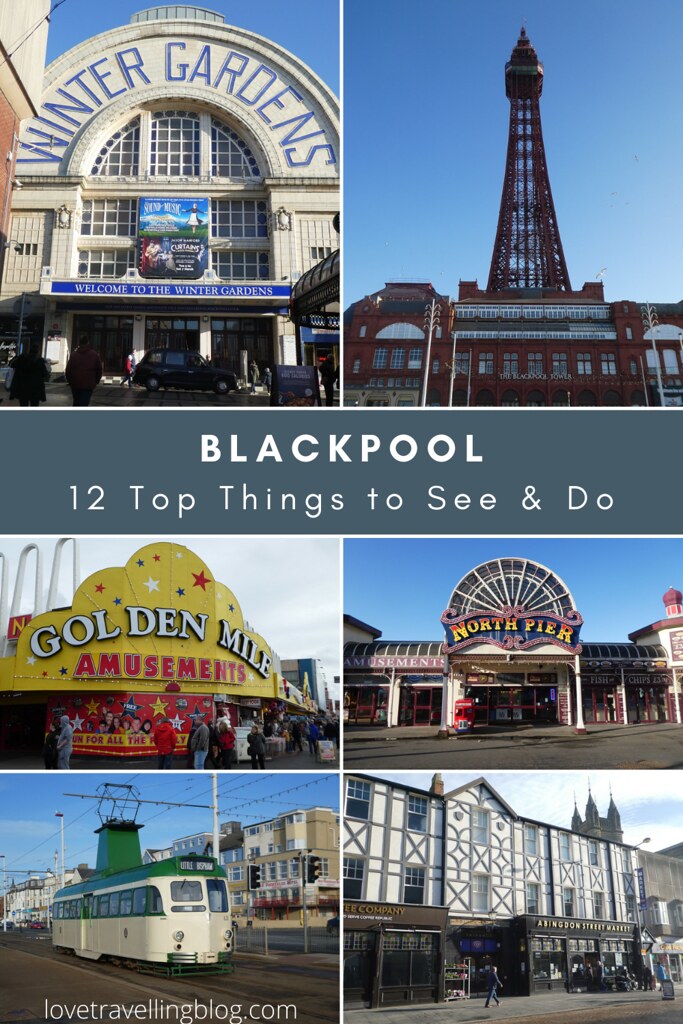