Having read that Winchester was taking part in the National Heritage Open Days with over 70 events taking place over four days, we decided to spend a day in this Hampshire city to view a selection of its historic sights.  Approaching the city from the M3 motorway, we followed signs to the St. Catherine’s Park and Ride car park where we just managed to secure one of the last remaining spaces.

All day parking including a free shuttle bus into the city centre was only £2.50 as we had, by chance, arrived just after 10.30 a.m. from when it is cheaper.  The bus journey was very quick and we chose to alight at the furthest point near the top of the high street.  Winchester is also easily accessible by train taking only one hour from London Waterloo.  Before embarking on our day of sightseeing we called in the Old Gaolhouse pub for cooked breakfasts and cappuccinos.  A quick glance at our map and heritage open days booklet and then we were ready to set off.

Located at the top of the high street is Westgate, one of only two surviving city gates.  We passed through the arch onto the cobblestones of Castle Hill to visit the nearby Great Hall.  Entrance to the hall is normally £3 but all venues were offering free admission for part or all of the heritage weekend.  The Great Hall is one of the country’s finest surviving halls dating back to the 13th century.  It is the only remaining part of Winchester Castle commissioned by Henry III.

We were thrilled to be able to view King Arthur’s round table, the greatest symbol of medieval mythology.  The round table has dominated the Great Hall for centuries and together with the marble pillars and stained glass windows the hall is an impressive sight.  Around the edge of the table are painted the names of King Arthur’s knights.

Stepping outside, we strolled through Queen Eleanor’s garden which was small but filled with 13th century fragrant plants sheltered by beech hedges.

Back indoors we admired paintings in the Long Gallery and had an opportunity to look in the 18th century former Grand Jury Room which is not normally open to the public.  Having enjoyed our visit here, we strolled down the delightful high street where we found shop fronts with mullioned windows in half timbered buildings.

At the foot of the high street stands the Guildhall, an ornate Victorian building housing the civic offices.  As part of the heritage weekend, free guided tours of the building were available at set times with self guided tours during the rest of the day.

We took a self guided tour which was easy to follow with all the main rooms being open for viewing.  For many years the Guildhall served as an art gallery showcasing works by local artists but is now primarily used as an events venue with rooms created from the original 19th century chambers designed for civic government functions.  The wide, sweeping staircases were lined with a collection of paintings and corridors contained glass cabinets displaying the city’s highly polished civic silver.

I enjoyed viewing each of the rooms but the Mayor’s Parlour was probably my favourite with its oak panelling and photographs of many of Winchester’s mayors from the past 100 years.  Before leaving the building we glanced in the Tourist Information office located on the ground floor where we picked up a few leaflets of places we might enjoying visiting in the future.

Next to the Guildhall lies the Abbey Gardens where we enjoyed a short stroll in the sunshine.  Originally a Georgian house with a garden temple, the grounds were bought by Winchester County Council in 1890 and converted into public pleasure grounds.  The house is now used as the mayor’s official residence.  As we walked through the gardens we noticed office workers relaxing on park benches eating their packed lunches whilst children played on the lawns.  The gardens comprise formal flower beds, a rose garden and a scented garden and everything was in full bloom during our visit.

Across the road from the Abbey Gardens stands Winchester City Mill.  This watermill dates back to Saxon times and is thought to be the oldest working watermill in the country.  It was rebuilt in 1744 and is a rare, surviving example of an urban corn mill.  It is now owned by the National Trust and further details can be found on its website here.

On the upper floor there were milling displays and an exhibition explaining how the water wheel was powered.  Outside we noticed that the mill was built on a small island with a fast flowing stream on each side.  Descending the narrow steps to the lower level we observed the water wheel in action and were surprised at the strength of the current.

After leaving the water mill we followed a path alongside the chalk stream of the river Itchen through the water meadows.  Our route took us beside the remains of the city walls and on to the ruins of Wolvesey Castle.  This was the medieval palace of the Bishops of Winchester.  The site is managed by English Heritage but is free to visit.

A little further along we turned onto College Street which is dominated by Winchester College founded in 1382.  It is the oldest continuously running public school in England.  As part of the Heritage weekend activities, guided tours of both the College and its treasury could be arranged.  Unfortunately, there was insufficient time for us to visit the College but hopefully we can return to take advantage of a tour at some time in the future.  We then passed through Kingsgate, the second of Winchester’s surviving gates where we admired the lovely buildings of the Inner Close and the Pilgrim’s School where the cathedral choristers are educated.

Continuing, we admired the half timbered Cheyney Court (feature photo above) formerly the Bishop’s courthouse.  Our visit to Winchester concluded with a visit to its magnificent cathedral.  Supporting the heritage weekend, cathedral guides offered tours which included some of the buildings not normally open to the public.  This tour included the apothecary garden and stonemasons’ and carpenters’ workshops.

Returning to the high street we only had a few minutes to wait for the free Park and Ride shuttle bus back to the car park.  I would recommend a visit to Winchester at any time but if you are able to visit during its heritage open days in early September then you will be able to visit attractions free of charge and enjoy access to places not normally open to the public.

Southampton in the sunshine

A weekend in Historic York 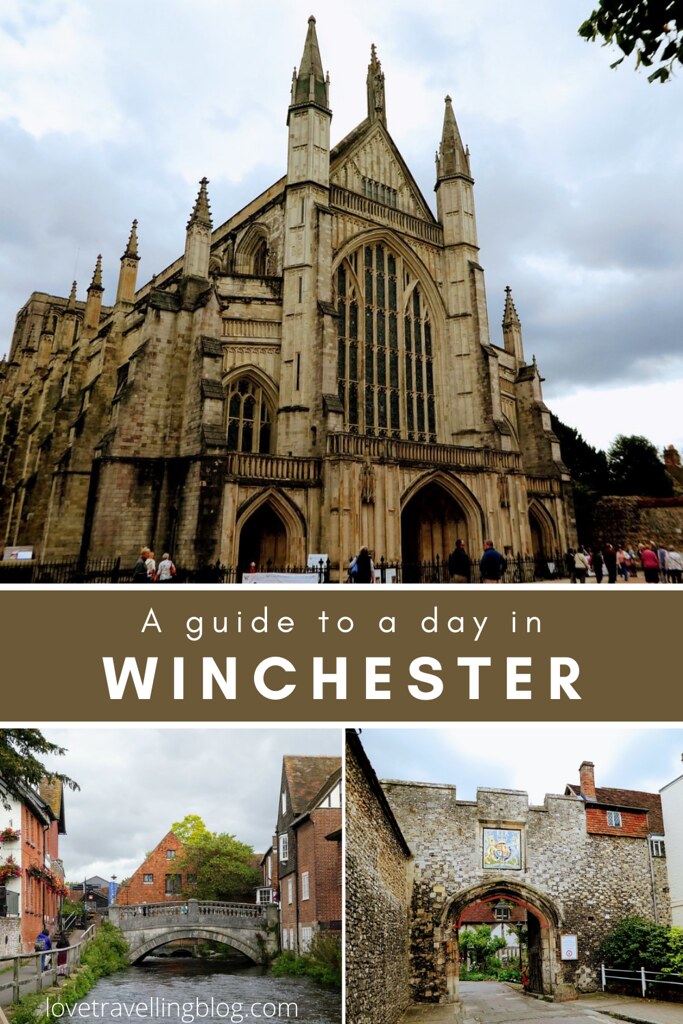