Symonds Yat is a scenic beauty spot spanning the River Wye.  It is located mid-way between the market towns of Ross-on-Wye and Monmouth, both approximately five miles away.

Narrow, winding roads lead to the village centre at Symonds Yat East and continuing slightly further there is a large car park where we were able to park.  The village is tiny but what it lacks in size it certainly makes up for in prettiness being located on this beautiful stretch of river.

An ancient hand pulled cable ferry rests outside the Saracen’s Head Inn and is still in regular use today taking passengers across the river to Symonds Yat West.  Ferries were introduced to link both banks of the Wye in Roman times and whilst it is now predominantly a tourist attraction it is still also used by locals who wish to avoid a five mile road trip or a lengthy walk.

Symonds Yat is a popular canoe centre for trips on the River Wye and for the less energetic Kingfisher Cruises operate 45 minute scenic boat trips from the village centre.

After enjoying a stroll around the village we returned to the car and carried on the short distance across the Welsh border into Monmouth.  Parking there was easy and free of charge on Sundays which was even better.  It was our first visit to Monmouth and I just knew it was going to be an interesting place to visit as we crossed its 18th century Monnow Bridge.  This masterpiece is the only one in the U.K. to have its gate tower still standing.  It was originally built with a portcullis, it’s primary use being to defend the town but it has also served as a jail and a toll booth.

The town lies at the confluence of the rivers Wye, Monnow and Trothy and is noted as being the birthplace of Henry V.  We strolled along the broad Monnow Street which gently slopes uphill.

The town looked bright and cheerful with lines of bunting strung across the road.  A large number of metal barriers and bollards spoilt the view somewhat.  I’m unsure if they were there to help with social distancing or due to roadworks but if you try to imagine the high street without them, it would look lovely.  There were also constant reminders that we had ventured into Wales with all road signs now appearing in both Welsh and English.

Our walk continued to Agincourt Square with its impressive Shire Hall which was formerly a court of assizes.  It’s normally open to the public but currently closed.  It didn’t matter as it was just nice to admire its exterior and to take a look at the very ornate Victorian hexagonal post box standing on the edge of the square.  It its without doubt one of the most beautiful post boxes I’ve ever come across and I wish there were more like this still around.

Facing the square stands the Kings Head, a former 17th century coaching inn so we popped inside for a delicious Sunday brunch to set us up for the rest of the day.

Feeling re-energised we set off again to explore the top of the town with its quaint narrow streets and attractive little shops and cafes.  It all seemed very quiet though with few people about but it was still pleasant to stroll around.

We passed Monmouth Priory which was founded in 1070 by Benedictine monks and is one of the most historic buildings in the town.  From there, we followed a footpath to the river for a walk on the Vauxhall Fields which is a water meadow to the north west of the town centre.  The river Monnow borders the meadow on two sides making this large open space prone to flooding.  The fields are utilised for numerous events including the Welsh International Kite Festival which must be a stunning spectacle.

The footpath brought us out conveniently near to where we had left the car completing our visit to Monmouth and Love Travelling’s first ever visit to Wales. 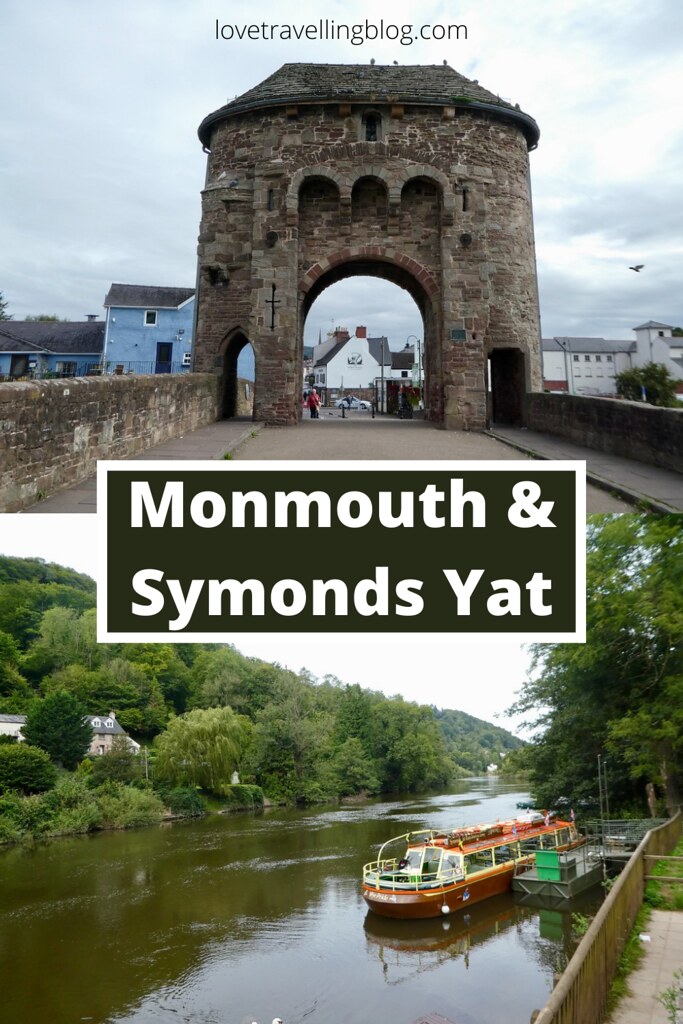