During our stay along the Dorset coast we decided to spend a day in Weymouth which is the gateway to the Jurassic Coast, and a UNESCO World Heritage Site located along the Dorset and east Devon coast.

After parking near to the town’s marina we admired some of the many yachts moored there on our way into the centre.  The large, modern marina is lined with old warehouses which have been converted into attractive waterside apartments.  Nearby Portland harbour is home to the Weymouth & Portland Sailing Academy where the sailing events of the London 2012 Olympic and Paralympics took place.

It was only a short walk into the historic centre with its maze of narrow streets and quaint shopfronts.  Along St. Alban Street we found lots of small independent traders and it was a joy to explore this pretty part of town.

We’d made an early start to drive into Weymouth so we were soon ready for something to eat and with so many cafes and restaurants to choose from, we were spoilt for choice.  After a hearty lunch we continued along to the seafront with its sheltered, wide sweeping bay.

Strolling along the promenade we got the impression that Weymouth was a warm and friendly traditional seaside resort where donkey rides and buckets and spades still reign supreme,

As we continued further the views of the bay seemed to get even better with the wide expanse of soft golden sand curving around the coast.  The beach, a Blue Flag winner every year is rated one of the best in the country and covers three miles.  It’s lined with an esplanade of Georgian townhouses adding to the resort’s charm.

We’d seen several cruise ships anchored in Bournemouth bay earlier in the week and looking out to sea, there were even more sheltering in Weymouth bay somewhat further along the coast than their home port of Southampton.

Our attention was drawn to a huge white horse carved into the limestone cliffs at Osmington depicting King George III.  The King was responsible for putting Weymouth on the map as a holiday destination as doctors recommended he start sea bathing for his health and for this, he chose Weymouth.

Along the seafront is the Jubilee Clock presented to the town in 1888 to celebrate Queen Victoria’s Golden Jubilee.  It has stood proudly on the waterfront ever since and is now a listed building and presumably a good meeting place.  Leaving the seafront, it was only a short walk to the old harbour which is a picture perfect spot with its old world charm all centred around the bustling Custom House quay.  The harbour used to serve as a major port but is now solely a base for pleasure boat and fishing trips at the mouth of the River Wey.

Brightly painted Georgian houses line both sides of the quay with many of the former warehouses now transformed into pubs and cafes.  Fish and chips are synonymous with the seaside and along the river there are lots of cafes and takeaways offering this traditional favourite.

We noticed some old tram lines near the Old Custom House and a sign informed us that it was part of the disused Weymouth harbour branch line.  Boat trains used to run along this line to service the Channel Island ferries.  The track is an important part of the town’s industrial heritage and although it was hoped it could have been preserved there are plans in place for its removal.

Another unusual feature along the quayside is the Row Boat Harbour Ferry which transports passengers from one side of the fishing port to the other for £2.  The rowing boat trip takes just a few minutes to cross but is a fun activity and can save a 15 minute walk around the quayside.  The traditional clinker built wooden boats are a delightful sight to see crossing the harbour.

We didn’t take the ferry boat but instead enjoyed a wander across to the other side of the quay on foot.  From there we enjoyed some spectacular views looking back across the river before exploring the vibrant Hope Square and its Brewers Quay.

This impressive brick building was formerly a Victorian brewery and until recently contained numerous shops, cafes and a museum.  Sadly, these have all now disappeared apart from the Weymouth Museum which is still operating.

As we were starting to make our way back to the car along the riverside we noticed that the Town Bridge was just beginning to open to let boats through.  This event takes place every two hours and we enjoyed watching the line of boats returning to the safety of the harbour and to then see the twin arches of the lifting bridge slowing coming back down to allow traffic and pedestrians to cross the bridge.

A perfect end to a lovely day out in Weymouth, a traditional seaside resort at its best.

A day in Dorchester 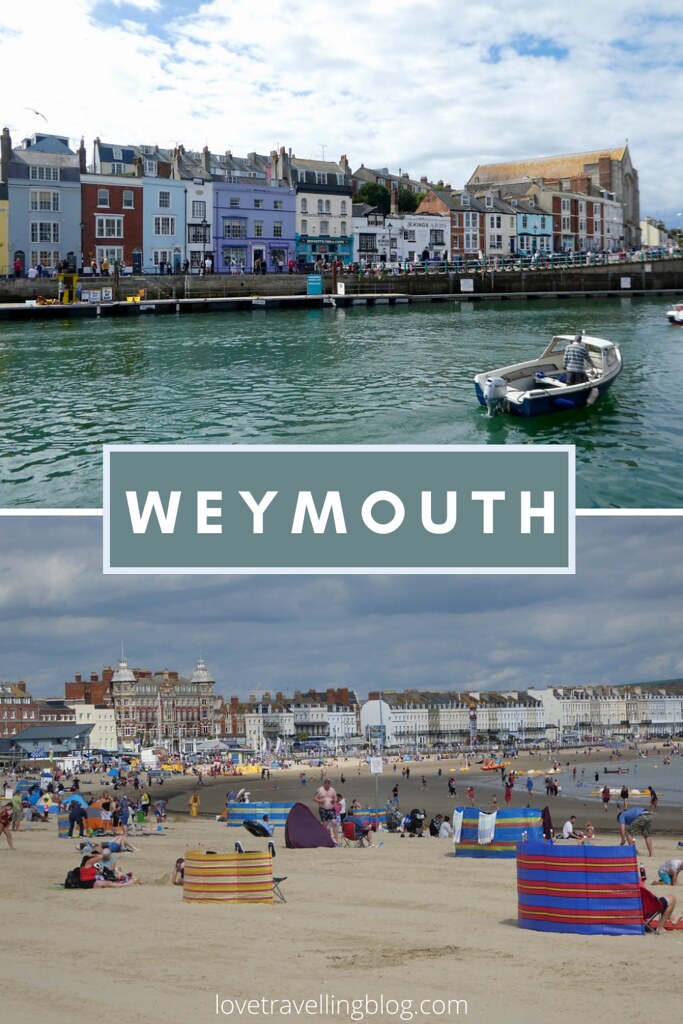 51 thoughts on “A day in Weymouth”