Whilst staying in Bratislava we seized the opportunity of spending a day in Vienna as the two capitals are located close together.  To get there we took a CityLink train from Bratislava central station (standard tickets €14 return).  Surprisingly there were no ticket machines on the station concourse resulting in a lengthy queue at the ticket office.  Luckily, we discovered more counters upstairs that people seemed unaware of so we were able to buy our tickets from there and skip the queues.

The journey took just 65 minutes and it seemed no time at all before we were walking out of the Vienna Hauptbahnhof.  The first place we wished to visit was Belvedere Palace around 15 minutes away.  Belvedere is a UNESCO World Heritage Site comprising of two Baroque buildings and French inspired formal gardens laid out in a symmetrical design.

The palace was built in the early eighteenth century as a summer residence and comprises upper and lower Belvedere.  It’s free to wander through the gardens but tickets are needed to go inside the palace.  As we were only on a day trip there was insufficient time to look inside so instead we concentrated on the gardens.

Our morning stroll then continued along to Ressel Park at Karlplatz.  Standing on the side of this square lies the magnificent baroque Karlskirche church.  This church has an interesting history as it was ordered to be built by Emperor Charles VI at the time when Vienna was free from the great plague epidemic of 1713.  It’s also home to a small museum and visitors can take a lift up to the top of its dome to view the ornate frescoes in more detail.  Standing in front of the church is a mirror pool that reflects the building beautifully.

Continuing a short distance, we arrived at yet another of Vienna’s architectural gems, the Vienna State Opera.  This magnificent Renaissance Revival building was constructed in 1869 and is one of the world’s leading opera houses and is also home to the State Ballet.

Nor far from there lies Albertina Museum located in the former Habsburg Palace State Rooms.  The galleries hold some of the most important modernist art collections worldwide.

Our stroll soon led us into Burggarten Park which boasts a large art nouveau conservatory that is considered to be one of the most beautiful ever built.  The Palmenhaus was built as a summer greenhouse for the emperor and contains a vast collection of plants, palms and a tropical butterfly house.

It’s also a pleasant place for coffee or lunch as we could see people sitting indoors at tables between the palms whilst others were taking advantage of the good weather outside on the sunny terrace.

The park is most famous for a marble statue of the Austrian composer Wolfgang Amadeus Mozart who composed more than 800 works during his short life of just 35 years.  Beneath the monument is a beautiful treble clef flowerbed which was also lovely to see.  To find the statue, it is located close to the park entrance from the Ringstrasse side.

Burggarten is attached to the Hofburg (Vienna Imperial Palace) which was the governing centre for the entire Austro-Hungarian monarchy and the seat of Austrian emperors.

The palace was built in the 13th century and formed the Habsburg court from where the imperial royal family lived, worked and ruled.  Extended over the years it now serves a variety of purposes including the President’s office, the Spanish Riding School and the National Library.

As we were walking through the palace’s grand archway we caught a glimpse of several of the famous Lipizzaner white stallions belonging to the world famous Spanish Riding School.  The stables surround a large courtyard where the horses can often be seen exercising during the mornings before the famous afternoon dressage performances take place to the sounds of classical music.

There were even more magnificent buildings to be seen as nearby on Maria-Theresien Platz stand two palatial buildings both with symmetrical Renaissance Revival facades topped by octagonal domes.  These buildings located directly opposite each other are the Natural History and Art History museums and are both places I’d love to have time to explore on a future visit to the city.

Our stroll then took us past the Volkstheater and onto the Austrian Parliament, the latter undergoing major renovations and hidden from view at the time of our visit.  To its side stands the Rathaus (city hall) constructed in neo-gothic style and housing the office of the Mayor of Vienna and city chambers.

Glancing at our phone map we then decided to make our way to the Mariensaule column in Am Hof square which leads onto Kohlmarkt and Graben, the city’s main shopping streets.  Here, we spent awhile window shopping as it was a Sunday meaning that only cafes and restaurants were open.

The gothic St. Stephen’s Cathedral is located in the heart of this shopping district. With its characteristic spire and intricately patterned roof it is an icon of the city. We had planned to look inside but unfortunately the area around the cathedral was temporarily inaccessible and had been cordoned off by police.  Although this was a disappointment, I’m certain we will be able to return before too long and look inside then.

After a lovely day exploring many of Vienna’s landmarks we walked back to the station just in time to catch the train back to Bratislava.  We were both weary and when I glanced at my phone and noticed that we’d walked 23.5k steps I realised why!

A weekend in Berlin 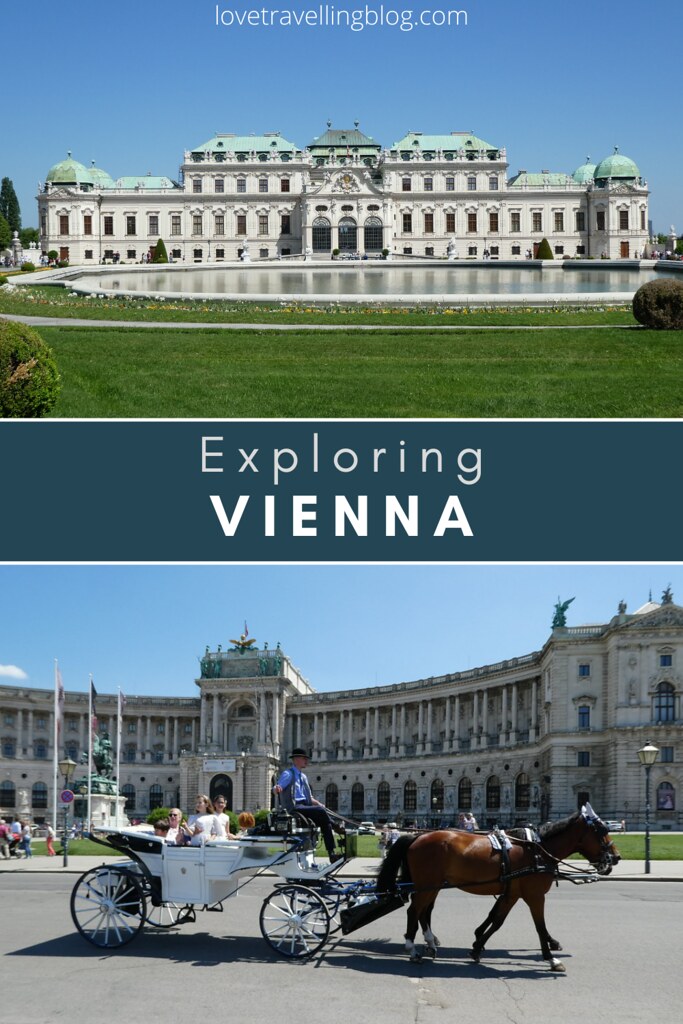