Abergavenny is a Welsh border town located in Monmouthshire, South Wales on the banks of the River Usk.  It’s a popular base for touring the nearby Brecon Beacons and Black Mountains and as we were in the area, it was an ideal opportunity for us to explore the town.

We arrived on a recent Sunday afternoon and were pleasantly surprised to find the town bustling with activity, so much so, we had to try more than one car park before we found a space.

After finding our way to the centre of town we enjoyed a stroll along Frogmore Street, which is the town’s main shopping street.  The pedestrianised street seemed vibrant with a good selection of small local businesses mixed in with the usual high street names.

It really did feel as if we were in a foreign country with all the road signs being in both Welsh and English and such local delicacies as bara brith on offer in the local bakeries.  I was intrigued to find out exactly what bara brith was so I popped in one of the shops to buy one to take home.  I can now report that it’s a rich fruit loaf made with tea and tastes delicious buttered for an afternoon tea treat.

At one end of Frogmore Street stands the imposing Abergavenny Baptist Church which can be seen from afar overlooking the high street.  As it was closed we were unable to look inside so we retraced our steps back up the hill continuing further than where we had originally entered the street.

As we continued onto Cross Street the landmark clock tower of the market hall came into view.  I’ve seen photos of the interior of the hall which was designed by John Nash with its high ceilings and elaborate ironwork.  It’s been in use since 1796 and I would have liked to have seen it operating but as might be expected, it is closed on Sundays.

Moving on to just south of the centre and we had reached Abergavenny Castle that has stood there since Norman times.  All that remains of the castle now are its defensive ditches and the ruins of the stone keep and towers.  The town’s museum is set in a former hunting lodge within the castle grounds and when open, this tells the story of life in the historic market town.

A little further on from the castle we followed a signpost through a farm gate leading to a riverside footpath through the Castle Meadows.  Along this wide flood plain there are occasional benches where one can relax and take in the lovely views of the River Usk.  There are also some good views back towards the town and of a row of adorable brightly painted cottages facing the river bank.

A path from the Castle Meadows leads through a small metal gate into the Linda Vista Gardens.  This pretty public park was formerly the private garden of the 1875 Linda Vista Villa but after the property changed hands several times it was acquired by the council in 1957 for the enjoyment of the local community.

We exited the park by its other gate, conveniently bringing us back out in to the town centre.  Returning to the car we spotted a ceramic panel on the side of a house which intrigued us.

The plague affixed next to it stated that it was where James Jones, one of the town’s hair bleachers once lived.  Apparently, Abergavenny was a centre for the wig making industry in the 18th Century.  At that time, highly styled periwigs were popular with professionals and well heeled men and as the wigs were made from the hair of local goats, the local industry flourished.

I’d never heard of a periwig before so if nothing else I learnt a new word for Scrabble on my visit to the charming border town of Abergavenny. 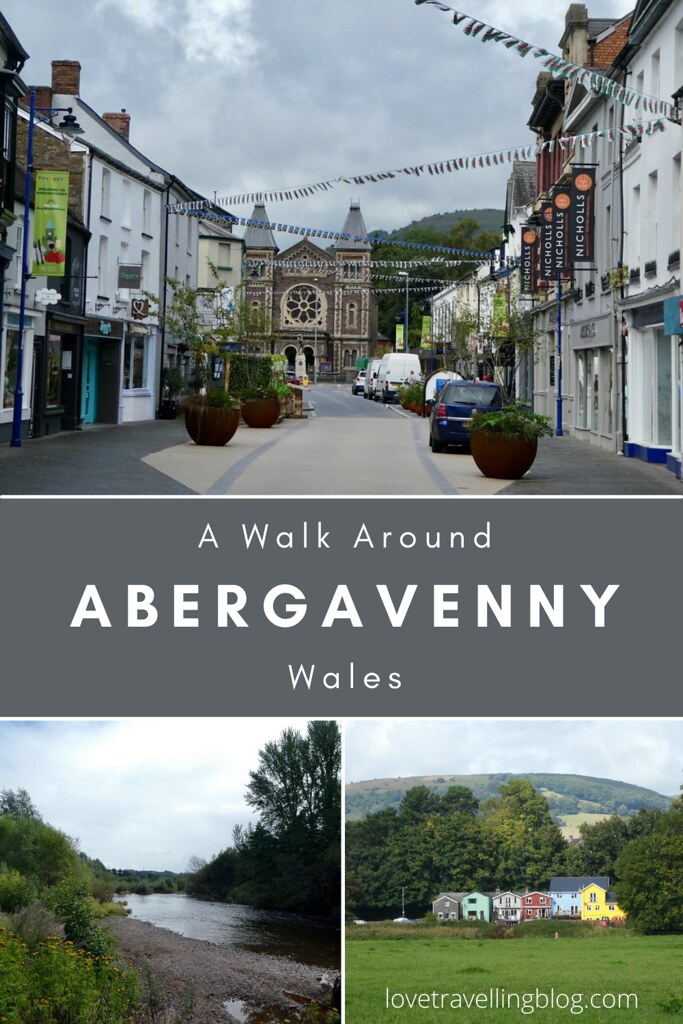 61 thoughts on “A walk around Abergavenny”