Ghent is Belgium’s fourth largest city and one of the country’s most beautiful.  It’s easy to reach from the UK without the need for flying as we took the Eurostar service from London St. Pancras to Brussels.

The journey takes only two hours with regular onward connections to Flanders cities on Belgian Railways.  Trams 1 and 2 connect Ghent station with the city centre (single tickets €2.50 from machines or buy on board with contactless cards).

Our accommodation, B & B Hotel Ghent Centre couldn’t have been more central and don’t let the name B & B hotel put you off as it’s very stylish with contemporary furnishings.  It was mid-morning when we arrived, just expecting to drop off our luggage, but it was a bonus to be able to access the room straightaway.

Rooms are tastefully furnished and although they do not have hospitality trays, complimentary hot drinks are available 24/7 in the lobby.

Despite it being a dull, rainy morning, our spirits were high as we set off to explore the city.  We collected our Ghent cards (48 hours €38 – £32.60) which include entrance to the city’s main attractions along with city wide public transport.

We decided to start our tour of the city with a 40 minute Boat Trip through the medieval centre.  Our boat departed just south of Grasbrug bridge on the River Leie, which divides the city in two.

Our boat had an open top but had canopies to shield us from the rain which automatically lowered as we passed beneath bridges.  It was interesting to view the city from the perspective of the water and with the commentary being in both Dutch and English we learnt lots of interesting facts along the way.

The views of the city spires, castle and historic old warehouses lining the waterfront were very picturesque.  As we chose to take a trip on one of the smaller boats we had the bonus of also being able to explore stretches of the narrow canals which the larger boats can’t navigate.

Following on from the boat trip we made good use of our city cards by visiting Gravensteen, the Castle of the Counts.  Included in the ticket price are audio guides which lead visitors on an 18 point tour.

Gravensteen is a medieval castle dating from 1180 and was the residence of the Counts of Flanders until 1353.  Over the years it has seen use as a courthouse, prison, mint and cotton mill.

Our self-guided tour took us from the gatehouse, along ramparts and up narrow winding staircases to the tops of towers where we enjoyed spectacular city wide views.  We also explored the keep, count’s residence and stables then went deep down into the dungeons to explore the torture chamber which was filled with a range of agonising contraptions.

Continuing our walk around the city centre we visited two grand homes located opposite each other on the bustling Veldstraat shopping street.  Both the Hôtel d’Hane Steenhuyse and Huis Arnold Vander Haeghen are free to visit but are only open at weekends.  The Steenhuyse, an 18th century aristocratic family home has beautifully furnished rooms with fine furniture and sumptuous wall hangings.

Across the road, Huis Arnold Vander Haeghen has an exquisite Chinese salon lined with rare wall paintings on silk together with a magnificent hallway and staircase.  They are both definitely worth a short visit if you are spending the weekend in Ghent.

Next on our itinerary was a visit to St. Bavo’s Cathedral, admission free to the church but tickets are required to view Van Eyck’s masterpiece ‘The Adoration of the Mystic Lamb’, a multi-panelled piece painted during the 15th century.

This magnificent cathedral was where Charles V was baptised and is a joy to behold with its Baroque high altar in white, black and red marble, Rococo pulpit and many art treasures.

On leaving the church, there was then time for some shopping along the cobbled streets as darkness fell.  The medieval centre looked even more photogenic illuminated by twinkling lights adorning the narrow alleyways.

We’d enjoyed a lovely introduction to this beautiful city and to round off the day dined in the spectacular setting of Pakhuis, an architectural gem of a restaurant.  It’s located in a former warehouse tucked down a quiet street close to the bustling Korenmarkt.

We were led to our table on the first floor balcony from where we enjoyed wonderful views of the entire restaurant.  The extensive menu caters for all tastes and my choice of scallops followed by sole meunière tasted exceptional.  Although we didn’t really need a dessert, there was no way that we were visiting Belgium without sampling a waffle and the ones here were light and fluffy served with fresh cranberries and whipped cream.  Dining at Pakhuis was a culinary delight in the most wonderful of settings and definitely an evening to remember.

Back at the hotel we relaxed in the attractive lobby with cups of freshly brewed coffee before going up to our room for the night.

To walk off our delicious hotel breakfast we set off to climb to the top of the city’s Belfort (Belfry) which rises to a height of 91 metres (298 ft).  It’s the middle tower in the famous row of three between St. Bavo’s cathedral and St. Nicholas church and a recognised UNESCO World Heritage site.

The visit starts in a room on the ground floor with four stone guards from where steps lead up to a small museum housing one of the original copper dragons from the top of the belfry tower.

Unusually for a bell tower there’s a lift from this floor to each of the other levels which saved a lot of leg work.  Stopping off at each level we viewed the bells, carillon drum and clock mechanism.  The present clock dates from 1912 and needs winding each day.

On reaching the 5th level balcony we enjoyed breathtaking 360 degree views of the city despite the weather not being at its best.

Leaving there, we then caught a tram to Ghent City Museum STAM which tells the story of the city.  It’s housed in three inter-linked buildings including a 14th century abbey and a 17th century convent, connected by a more contemporary building.

The self-guided tour begins by putting on shoe protectors and then stepping on a giant map of the city.  The focus then moves to the growth and prosperity of medieval Ghent gradually progressing through the ages.  In other sections of the museum we viewed scale models of city landmarks and learnt about the history of the abbey at the time of its use as a hospital.

Moving on, it was then back into the city centre for some lunch before visiting the Museum of Industry which is based in a former cotton mill.

The exhibits focus on the city’s textile, printing and graphic history where we examined a large number of interesting spinning and weaving machines.  We even had a chance to try our hand at weaving using pattern cards which was fun.  Another excellent museum for anyone with an interest in industrial heritage.

This concluded our two days in Ghent, a city we’d enjoyed very much.  All of the museums and attractions we visited are included in the Ghent Card making it good value for money if you intend to see as much as you can.

It was then back to the station for our return to Brussels to connect with our evening Eurostar service back to London St. Pancras after a very pleasant stay in Flanders.

A weekend in Nuremberg

During our stay we were guests of Visit Ghent and as always, all views and opinions are entirely my own. 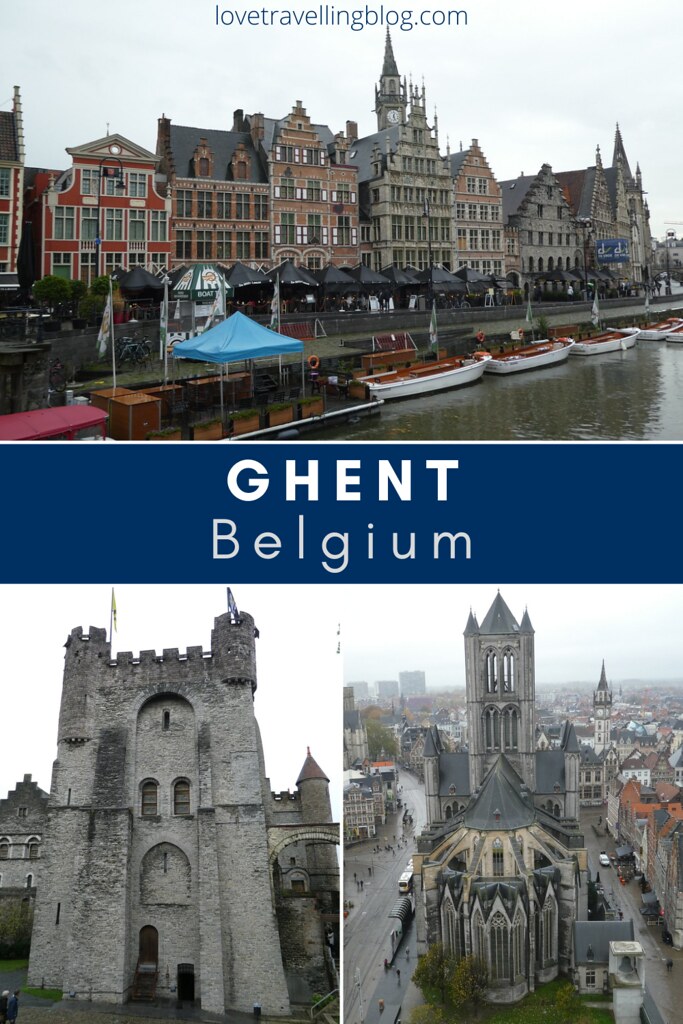