The final day of our Cornish holiday had come around all too quickly and as we’d enjoyed ourselves so much the time had just sped by.  After checking out of our hotel in Bodmin we drove into the town centre for breakfast and to have a short walk through the town.  Earlier in the week we’d visited Bodmin Jail but had not had an opportunity to explore the Shire Hall where the assize courts were held before being moved to the county town of Truro.

Nowadays the Shire Hall is home to the local tourist information office and a Courtroom Experience attraction where visitors learn about the history of the building and can participate in a mock trial.  We took part in a similar activity a couple of years ago at the National Court of Justice in Nottingham which we found to be great fun.  Hopefully the attraction in Bodmin will be able to re-open again soon for people to enjoy.

A ten minute walk from the town centre lies the Bodmin & Wenford Railway and as we love steam trains, we just had to take a look at the station despite trains not running at present.

This heritage railway operates along a six mile line between Bodmin General and Boscarne Junction.  Volunteer staff were on hand enabling us to explore the heritage station, inspect the rolling stock on the platforms and admire the Cornish art-deco railway posters along fences and walls.

A working signal box stands at the end of the platform and when staffed, visitors are able to look inside and learn about how it works.  It’s a very well preserved station with the original waiting room resplendent with old leather cases and the adjoining office utilised as a small gift shop selling railway models, books and toys.  Sometime in the future hopefully we may have an opportunity to return to enjoy a nostalgic ride on a steam train through the Cornish countryside.

Setting off in the car, it was then just a 20 minute journey to the Lanhydrock country house and estate which is maintained by the National Trust.  Standard adult admission £10 or free for NT members.  For visitors just wishing to explore the extensive grounds car parking is £1 per hour or £5 for the entire day, again free for NT members.

As it was a lovely morning the car park was already getting quite busy with families out for a walk or a cycle ride.  The estate is ideal for cycling as there are numerous designated off-road trails on mostly flat terrain suitable for families or novice cyclists.

The house is approached along a sweeping, tree lined driveway which in turn leads through an ornate archway into the formal garden surrounding the property.  We had pre-arranged a timed entry to the house and our tour commenced with a short video documenting the history of the house and of the Agar-Robartes family who made it their home.  After a devastating fire in the 1880’s, the Jacobean house was refurbished in Victorian style and fitted with all the latest mod-cons of the time.

Due to COVID-19 measures, not all parts of the house were open which was a little disappointing but we were able to view several rooms including the elegant dining hall and long gallery with its Steinway piano.

Adjacent to the house stands St. Hydroc’s church dating from the 15th century.  The Robartes family crypt lies beneath the old family pews situated nearest to the house.  Regular Sunday services still take place in the church when restrictions permit.

After a pleasant walk through the grounds on our way back to the car, we set off again, this time for the charming small town of Fowey which lies on the west side of the Fowey estuary, ten miles from Lanhydrock.

Fowey is characterised by its quaint cottages and narrow streets winding their way down to the harbour.  Being situated at the mouth of the River Fowey it’s a popular centre for sailing as could be seen from the many boats anchored in the estuary.

The Town Quay has a quintessential Cornish feel and is the beating heart of this picturesque little town.  It links with Fore Street, Fowey’s high street which has a selection of interesting small shops and cafes.  A small museum detailing the town’s history is located on the quayside in a 15th century house, thought to be the oldest in town.

In summer, pleasure boat trips can be taken from the quayside along the attractive Fowey river whilst a regular ferry service operates across the water throughout the year to the idyllic fishing village of Polruan.  The ferry, with a journey of just a few minutes departs from either Town Quay or Whitehouse Pier depending on times of day/ season, further details can be found here.

A highlight of visiting the town must surely be to take a walk along the Esplanade to Readymoney Cove.  We set off up Market Street passing Fowey Parish Church and then climbed the steep Lostwithiel Street until we reached a left turn onto the Esplanade.  This scenic road runs parallel to the harbour behind waterfront houses.

After passing the lane that comes up from Whitehouse Quay, the Esplanade has stunning views over gardens and across the harbour to Polruan.  We paused to take some photos then continued along the narrow road which rises above low rocky cliffs.  The views were spectacular as the road curved around behind the sheltered, sandy beach of Readymoney Cove.

Perched on the clifftop, overlooking the small cove stands St. Catherine’s Castle, a well preserved fort that was constructed to protect Fowey harbour.  The castle is one of a series built along the south coast during the reign of Henry VIII to defend the coastline.

After spending a short time on the beach looking out to sea and examining rock pools we retraced our steps back along the Esplanade into the centre of Fowey.  There was still some time to spare before we needed to return to the car so we enjoyed another look around the town.

The end of our holiday was drawing near but we still had one place left to visit.  As the market town of Liskeard was conveniently located just off the A38 on our way back home, we decided to have a meal there and buy some Cornish pasties to take home with us.

Liskead is a pleasant town and boasts several attractive buildings including its Guildhall and Town Hall.  Several shops along Fore and Pike Streets have retained their original Victorian shopfronts making them look very characterful, the only problem being that they were all closed.

It was a Sunday afternoon, and whilst shops in nearby Fowey were bustling with activity, Liskeard was sadly quiet.  Fortunately, the King Doniert pub was open so we popped in there for a meal but our plan to call into the Liskeard branch of Malcolm Barnecutt’s bakery for some packs of frozen traditional Cornish pasties to take home with us failed as unlike its other Cornish branches we hadn’t realised that the Liskeard shop did not open on Sundays.

We said goodbye to Cornwall as we left the county along the A38, crossing the Tamar Bridge into Devon on our way home.  It’s necessary to pay a £2 bridge toll (fee for cars) when leaving Cornwall but there is no charge for incoming traffic.

The pandemic might have clipped our wings and prevented us from travelling to faraway destinations but our 10 day Cornish road trip had been lovely which just goes to prove that U.K. holidays are equally nice too!  Our visit was supported by Visit Cornwall and as always all views and opinions are entirely my own.

If you have enjoyed reading this series of posts on Cornwall you may also like: 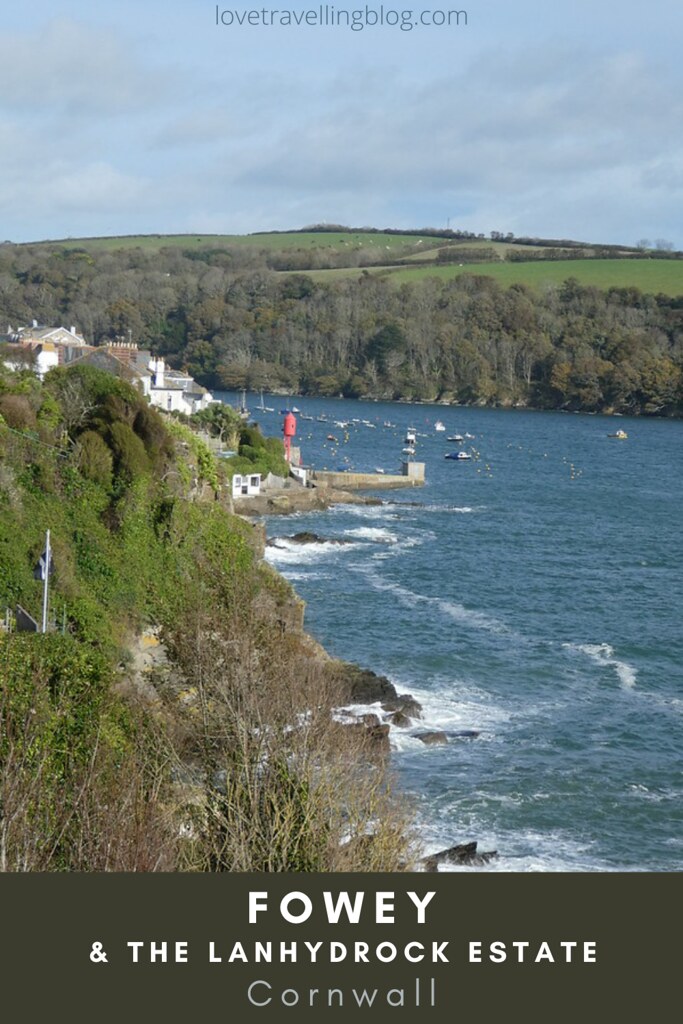