Bristol is ideally situated with excellent transport links and enjoys good road access being at the intersection of both the M4 and M5 motorways.  For visitors preferring to travel by train, Bristol Temple Meads railway station is the largest rail hub in the west of England with direct services from London, Scotland, Manchester and Birmingham.

The beautiful Temple Meads station was opened in 1840 as the western terminus of the Great Western Railway from London Paddington.  It was the first station to be designed by the famous engineer Isambard Kingdom Brunel and is now a Grade 1 listed building.

What to See and Do:

Start by taking a stroll around Bristol Harbour, a 70 acre stretch of water following the original course of the River Avon through the city centre.  Historically a port, former warehouses have now been converted into museums and galleries.  Numerous pubs and cafes also dot the quayside alongside a regular street food market beside the Cascade Steps, popular with locals and tourists alike.

Many of the city’s attractions including M Shed and SS Great Britain can be accessed from the waterfront, with others just a short walk away.  In addition to walking, a scheduled water bus service (Bristol Ferry Boats) operates around the harbour at approximately 40 minute intervals, with day tickets available.  These small blue and yellow ferries can be used to both tour the harbour as an attraction in their own right and as a convenient way of getting around.  Detailed timetables are affixed to each of the stops and are also available on their website.  Bristol Ferry Boats

The M Shed museum on Prince’s Wharf presents Bristol’s history in a colourful array of exhibits detailing the history of the city and its people in a former 1950’s dockside transit shed.  The museum offers free entry and is divided into sections with the first gallery focusing on Bristol Life.  This explores ways in which people experienced local life over the centuries.

The Bristol People Gallery focuses on the ways that people have shaped the city and their experiences.  It highlights how Bristol has transformed over time and showcases the discoveries that have been made in and around the city.

On the top floor there is a large viewing terrace with far reaching views over the city and of the museum’s outdoor working exhibits including cranes, trains and boats which are operational on selected dates.  M Shed

Take a journey through time and climb aboard Isambard Kingdom Brunel’s SS Great Britain, the first iron steamship to complete a transatlantic journey in 1845.  The ship has been restored and conserved, now serving as a museum telling the tales and adventures of years gone by.

Brunel’s SS Great Britain was launched by Prince Albert in July 1843 and at that time was the largest passenger ship in the world.  Brunel was a famous engineer who built bridges, railways, tunnels, ships and docks with his innovative approach to engineering enabling people to travel and trade in new ways.

Don’t miss the Dockyard Museum where visitors are taken back in time through the SS Great Britain’s history.  A self guided stroll takes visitors through four time zones with each gallery showcasing the ship’s long life.  SS Great Britain

Take the Bristol Ferry to The Pump House landing stage in the Hotwells district.  It’s a delightful 35 minute trip where one can enjoy the ever changing waterfront scenery as the boat slowly makes its way along the harbour towards the bridge.

The Clifton Suspension Bridge is another of Isambard Kingdom Brunel’s masterpieces.  In 1754 a wine merchant left £1,000 in his will to build a bridge across the Avon Gorge, but it was 70 years later when Brunel began working on the project.  The bridge finally opened in 1864, five years after Brunel’s death.

The bridge links Clifton in Bristol to Leigh Woods in North Somerset and crosses the Avon Gorge which was formed during the ice age.  This spectacular setting is a popular beauty spot to come for a picnic and enjoy a stroll.  Admire Brunel’s feat of engineering and also the dramatic views looking down into the gorge below.  The gorge is home to many rare plants and wildlife and is designated as a site of special scientific interest (SSSI), one of the country’s best wildlife and geological sites.

The Visitor Centre can be found on the North Somerset (Leigh Woods) side of the bridge.  It is run by volunteers and free of charge.  The centre tells the history of the bridge, how it was constructed and maintained through photographs and information boards.  Clifton Suspension Bridge Visitor Centre 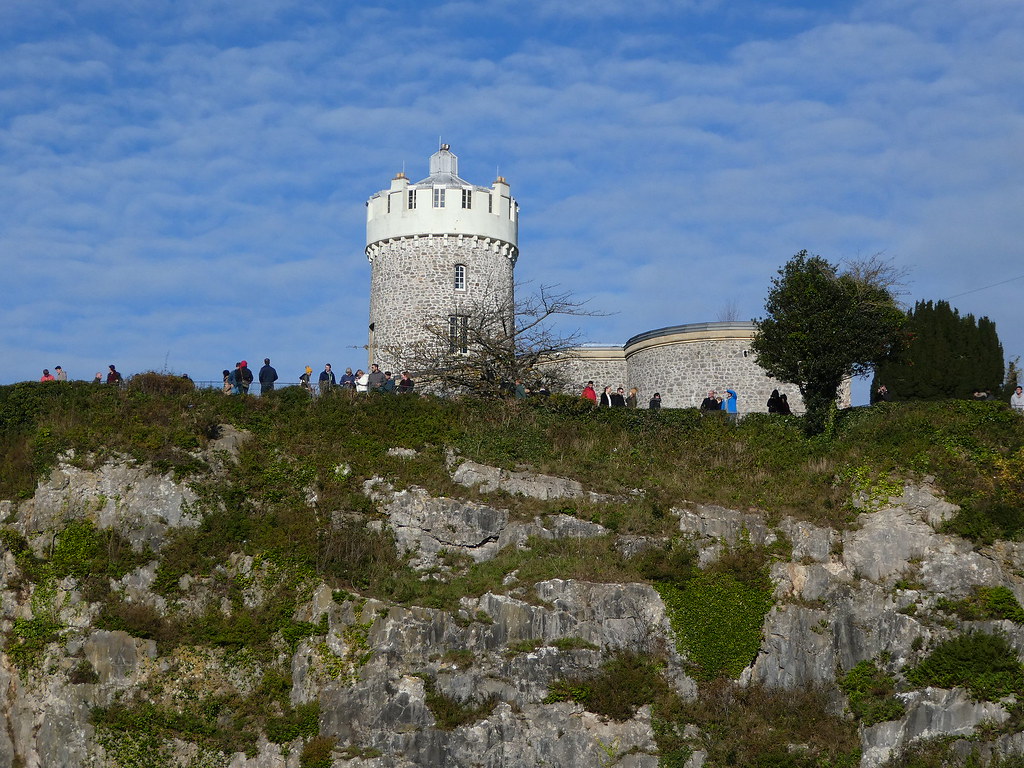 This former corn mill is now used as an observatory.  William West’s Camera Obscura is now one of only three working Camera Obscuras in the U.K. and this marvellous piece of Victorian engineering has sat on top of the observatory tower since 1828.  Clifton Observatory

Wander around one of the most beautiful suburbs of Bristol.  Marvel at the 18th and 19th century terraces, majestic Georgian architecture and picturesque streets lined with independent shops, boutiques and cafes.

Opened in October 2017 and located on the historic Filton airfield from where every British Concorde made its maiden flight.  The museum cost £19 million to build and its main attraction and centrepiece is undoubtedly a visit to the purpose built Concorde hangar to view Concorde Alpha Foxtrot, the last of the iconic supersonic passenger jets to be built and the last to fly 18 years ago in 2003.

Bristol can safely hold claim to being the rightful home of Concorde, being the location of the U.K. assembly line.  Not only can you walk around the outside of the aircraft but also step on board through its front doors.

Take a look in the gallery dedicated to the airliner where you can view menus and champagne bottles from its maiden flight, changes in seat design, smart uniforms and other fascinating memorabilia.  The Concorde hangar has also been designed to be used to host functions, just imagine enjoying dinner sitting beneath the wings of Concorde – it’s certainly a venue with a difference!

Although Concorde is Aerospace Bristol’s showstopper there’s lots more to see.  Back in the main building, the museum explores the wider history of the aerospace industry in Bristol from the earliest days of powered flight to the latest technological advances.  Exhibits range from a Sea Harrier jet fighter noted for its vertical take-off and landing, and its use in the Falklands conflict, to the Bristol Type 192 Belvedere twin rotor helicopter.

This had originally been designed for inter-city travel but was later used as a troop carrier and bears resemblance to the modern Chinook used today.  As well as exhibits, there are numerous interactive displays designed for both adults and children.  Aerospace Bristol

Entrance to the cathedral is free of charge, admire the interior with its tall, gothic windows and clustered columns along the nave towards the main altar.  Bristol Cathedral

Located at the top of Park Street is the landmark building of the University of Bristol.  This neo-gothic tower was opened by King George V and Queen Mary in 1925 before being badly damaged during the Blitz in 1940.  It is considered to be one of the last, great Gothic buildings to be constructed in the country.  It houses the University’s Schools of Law and Earth Sciences, in addition to hosting graduation ceremonies twice a year and a whole host of public events.  The tower is not open to the public but pre-bookable tours of the building can be made allowing the public to see behind the grand façade and experience the splendour of the Great Hall, Council Chamber and ornate libraries.  Views from the top of Wills Tower are stunning.   Will’s Memorial Building

Cabot Circus is the main shopping area in the city centre and contains a large selection of the usual high street stores beneath its light and airy shell-shaped glass roof.  Cabot Circus continues across Penn Street and into Quakers Friars where you’ll find a range of designer stores and inviting places to eat.  Cabot Circus

A vibrant area located between the main harbour and the New Cut, an artificial waterway completed in 1809 to divert the river Avon.  Here you can find an eclectic mix of small, independent shops, bars and cafes some of which are housed in converted shipping containers with glass frontages and terraces.  Wapping Wharf

The Mall at Cribbs Causeway

This Mall is the largest of its kind in the south west and is located at the M4 and M5 interchange.  It’s also within easy walking distance of Aerospace Bristol so can be combined with a visit to the museum.  In addition to more than 150 stores, there’s a wide choice of restaurants to grab a bite to eat.  The Mall at Cribbs Causeway

I’ve recently joined Pinterest so if you enjoyed this post and also use Pinterest please consider sharing and pinning the image below.  Content will initially focus on towns and cities in the UK with destinations further afield coming soon – available here. 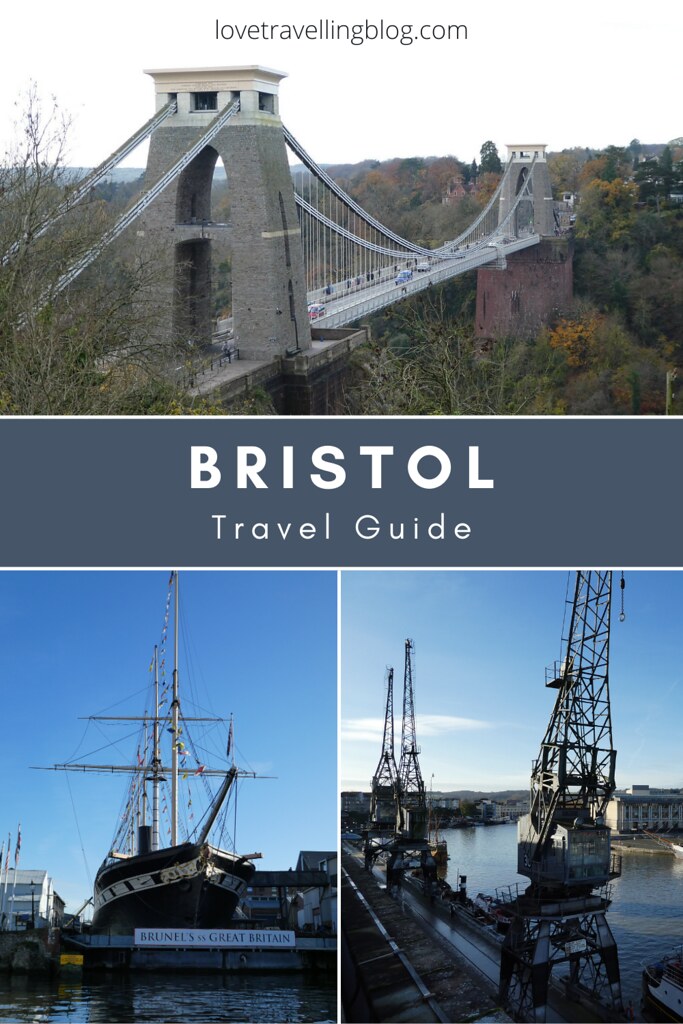 93 thoughts on “Bristol – A travel guide”