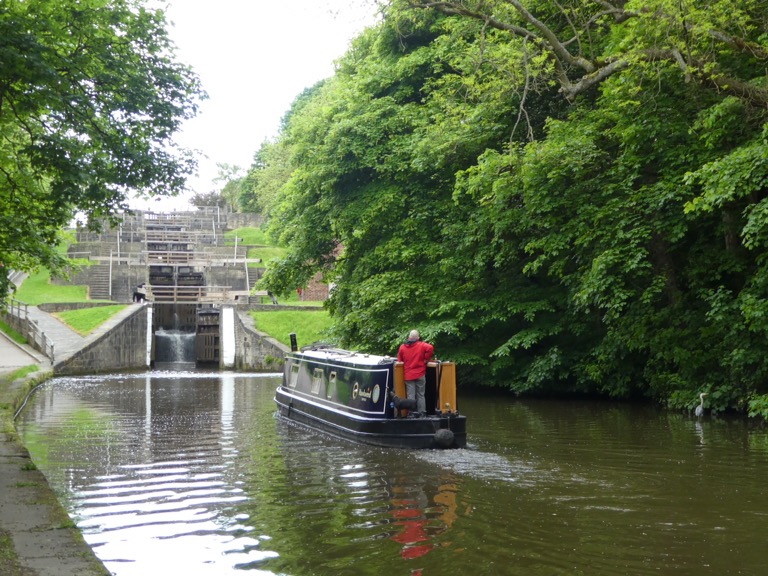 We decided to visit Bingley to view the famous Five Rise Lock staircase on the Leeds Liverpool canal, which is the steepest in Britain.  Bingley is located in West Yorkshire and can be accessed by train as Bingley is on the Airedale Line with regular services from Leeds and Bradford.  The Locks are approximately half a mile from the town centre just off Beck Lane and street parking is available nearby.

The Locks opened in 1774 and rise a total of 60 feet allowing boats to be lifted or lowered in five stages.  A lock staircase is where the locks open directly from one to another, meaning that the top gate of one forms the bottom gate of the next.  As a boat enters the lock chamber to descend the staircase the water level rises slightly and the excess flows via a channel at each side of the lock.  After waiting a short time we were fortunate to be able to see a narrowboat enter the Locks and watch as the water level slowly rises to allow the boat to pass through to the next gate.

Because of the difficulty of working a lock staircase and with many boaters being first time handlers who have hired a canal boat for a one or two week holiday, a full-time lock keeper is employed at the Five Rise Locks during daylight hours.  We watched him assisting a canal boat entering the lock chamber and helping the boaters with the lock gates.  Overnight, the lock gates are padlocked so approaching boats need to find a suitable overnight mooring.

As well as watching a boat navigate its way up the lock staircase there was also plenty of wildlife to observe on the water.  We spotted a goose with goslings, duck and ducklings and this heron who had just caught a huge fish and soon disappeared into the bushes to devour it.

At the top of the staircase there are moorings available and a very attractive small cafe, The Five Rise Locks where we enjoyed pots of tea and toasted tea cakes.  The cafe is housed in a former stable block and gives a warm welcome to boaters and tourists alike.  Before leaving the canal we retraced our steps down the side of the staircase and continued a little further along the towpath until we reached the Three Lock Staircase which has a height of 9 metres (30 feet).

Leaving the canal tow path we walked the short distance to the centre of Bingley to explore the town.  Crossing the main street we spotted the old market hall and Buttercross constructed in 1753.  Reading the plaque, we learnt that Bingley was first granted its market charter by King John in 1212.  The Buttercross was the place where people would come to buy and sell local butter, milk and eggs.  Bingley still has an open market but nowadays it is to be found in the refurbished town square each Friday and Saturday.

Just behind the Buttercross lies Myrtle Park and from there we enjoyed a short walk along the banks of the River Aire towards Bingley Parish church.  All Saints church dates back to Norman times with the present structure built between 1491-1547.  It was interesting to see that a number of the very old gravestones had been moved and re-located into the wall alongside the path leading to the church entrance.  This seemed such a sensible idea as so often old tombstones have fallen into disrepair and become hazardous.

Completing our tour of Bingley, we passed the whitewashed Old White Horse pub which stands close to the church.  This former coaching inn is thought to be the oldest pub in Bingley and dates back to the mid 17th century although there is evidence that a hostelry has been on this site since 1579.

A short walk back up the hill took us to the railway station from where we returned home after a pleasurable day exploring Bingley.

Suggested accommodation in the surrounding area: 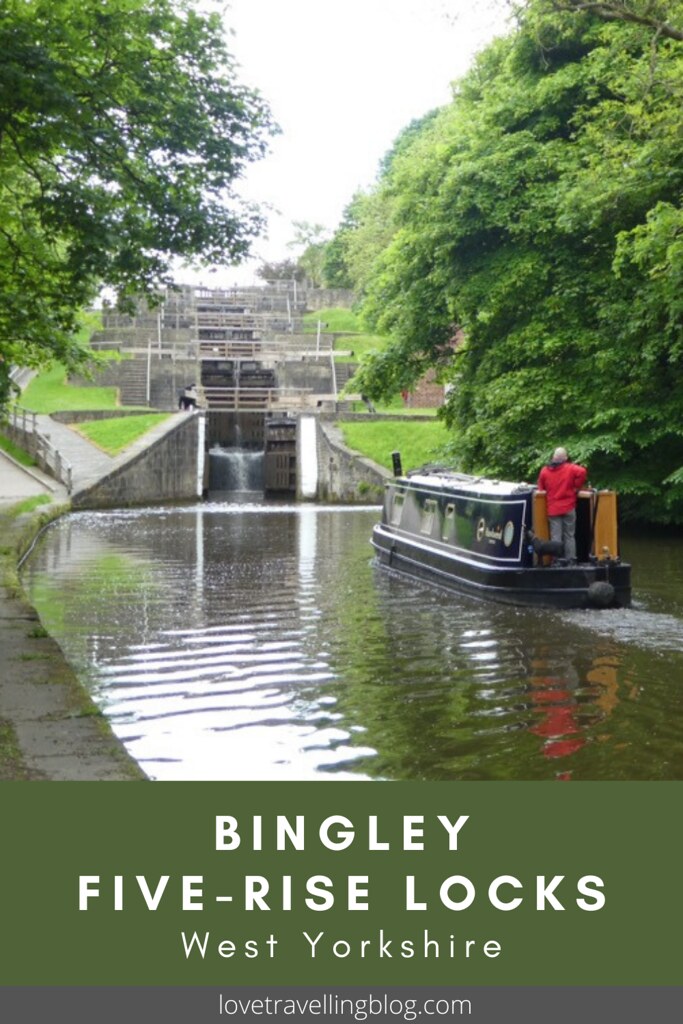