Lymington is a Georgian market town located on the western bank of the Lymington river in Hampshire and is surrounded on three sides by the New Forest National Park.  The town has a railway station which is on a branch line to Brockenhurst with links to the south coast main line between London and Weymouth.

During the Middle Ages Lymington started to become well known as a ship building and trading port and more recently to yacht and boat building.  The wealth of the town during the Georgian period is reflected in the architecture of its buildings.  We parked our car near to the Parish Church of St. Thomas the Apostle accessing the high street through the churchyard which has an avenue of 17th century lime trees.

The high street gently slopes downhill from the church and on either side there are attractive old buildings many with their original bow windows.  The town centre was predominantly constructed in Georgian times and the broad high street has many elegant buildings, hotels, inns and shops.  It’s a pleasant place to spend an hour or two browsing the shops which are a mix of small independents, boutiques and the usual household names.

Just as we were wandering along, an open top bus stopped in front of us.  New Forest bus tours run an hourly service from the end of June until mid September with a choice of three routes.  Passengers can hop on and off as they wish and even switch between routes to visit various attractions and points of interest including the New Forest, Exbury Gardens, Ringwood Brewery and Beaulieu Motor Museum.

A large charter market, its origins dating back as far as the 13th century takes place every Saturday when the road is closed to traffic and up to 100 stalls fill both sides of the street all the way down the hill selling anything and everything from olives to teapots.

Not only is Lymington’s high street famous for its charter market but it was also home to Captain Arthur Phillip, the first Governor of New South Wales and founder of Sydney when he returned to England from Australia.

The town is a major yachting centre and even boasts a gold post box.  Following the successful London Olympics in 2012 the Royal Mail celebrated each GB gold medal by painting a post box gold in the home town of each gold medal winner.  In total there were 29 Team GB gold medals for the Olympic Games and 34 for the Paralympics.  The post boxes were originally going to be repainted red but due to their popularity it was decided they would remain gold and a plaque was added to each one.  The one in Lymington is in recognition of the sailor Ben Ainslie’s fifth gold medal for sailing.

At the bottom of the high street a cobbled street leads down to the old town quay which is still used by several commercial fishing boats.  The narrow lanes surrounding the quay are lined with pretty period cottages painted in pastel colours.  Some of these have now been converted into small gift shops and cafes and facing the quay there are numerous chandlers serving the two large marinas and sailing clubs.

The quayside is a delightful place to sit and relax and watch the world sail by.  Short boat trips up the Lymington river and longer cruises past Hurst Castle and out to The Needles can be taken.

WightLink ferries operate regular services from Lymington Pier across to the Isle of Wight taking 35 minutes.  Foot passengers can enjoy a day exploring the picturesque cobblestone town of Yarmouth whilst motorists are able to tour the entire island on a short break.

Our stroll continued along the riverside footpath in a westerly direction which veered inland slightly passing some boatyards before returning to the waterfront. It’s definitely a good idea to walk along here as the path continues into the riverside gardens known as the Bath Road recreation ground.

The park has a handsome bandstand and a riverside chess table so that visitors to the park can bring along their own chess sets and enjoy a game overlooking the marina.  Every summer an arts festival ‘Artisans by the river’ takes place with arts and crafts, musicians and entertainment each Sunday.

Continuing slightly further and we had reached the Sea Water Baths which are the oldest open-air sea water baths in the U.K. Established in 1833, the baths soon gained popularity for their health giving waters and natural mud minerals.

Before retracing our steps back to the car we paused to watch the WightLink car ferry as it slowly approached the Lymington Pier Terminal.  There appeared to be few cars and passengers on board but due to the time of day most of the traffic would probably be heading out to the island rather than returning.

Hopefully on our next visit to this part of Hampshire we will have an opportunity to visit the Isle of Wight ourselves, giving us something else to look forward to.  We had hoped to return with a large freshly dressed crab from the seafood stall at the quayside but the sign on the door indicated that it was only open from Thursday until Saturday and as our visit was on a Wednesday we were out of luck which was disappointing as I really enjoy a crab salad.

The end of an enjoyable look around Lymington. As it’s mid-way between Bournemouth and Southampton you may also be interested to read:

A day in Southampton

A day in Bournemouth 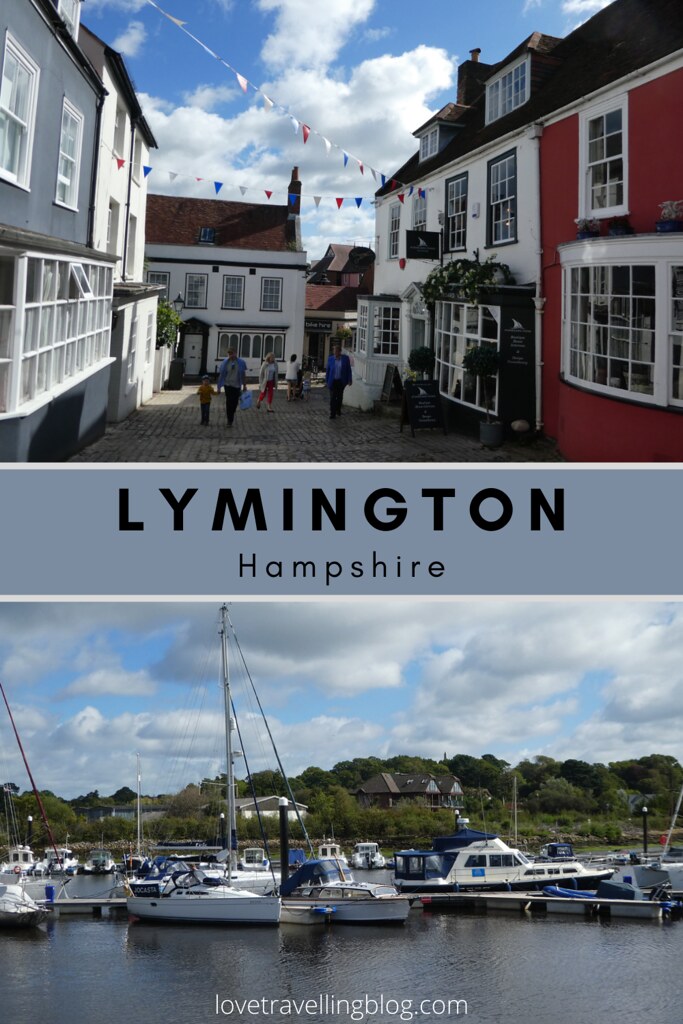 40 thoughts on “Looking around Lymington”