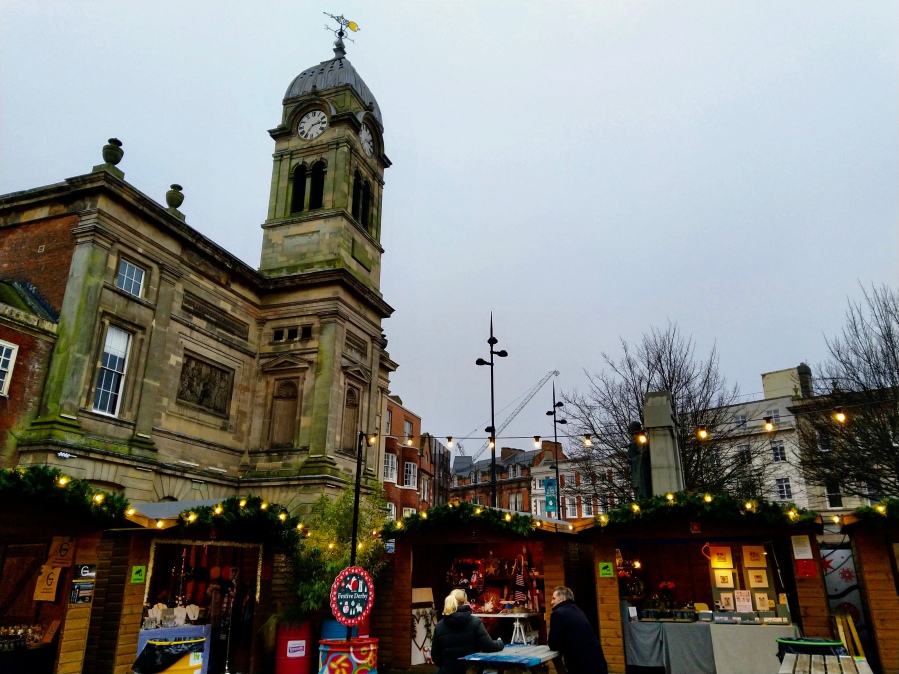 A surprise invitation dropped into my inbox inviting me to enjoy a festive break in Derby on the weekend before Christmas.  It’s always fun to visit somewhere new and with the prospect of some sightseeing, shopping, eating, drinking and a night at the panto it took me less than a minute to decide to say yes!

Derby is actually England’s most central city which makes it easily accessible from most parts of the country being just 15 minutes from Junction 25 of the M1 motorway.  We chose to drive there but for visitors arriving by train there are frequent rail services from London St. Pancras taking only 90 minutes.

Our weekend accommodation was arranged for the Penta Hotel located in Pride Park within easy walking distance of the city centre and the railway station.  This modern 112 room hotel has a large car park and a welcoming open plan reception bar lounge which was looking festive with its many Christmas decorations.

After settling into our room we spent a couple of hours shopping both in the attractive Cathedral Quarter and indoors in the large Derbion Mall.  For dinner, we called into J.D. Wetherspoon’s The Standing Order on Iron Gate.  The pub was originally the opulent banking hall of the Crompton and Evans Union Bank and with its high ceilings, frescoes and island bar looked very grand.

After a good night’s sleep and a delicious continental style buffet breakfast in the hotel’s restaurant we set out for a morning’s sightseeing.  Our first stop was to Derby Cathedral with its 16th century tower dominating the skyline at over 212 feet high.  The cathedral is open daily and free to visit.  The nave and chancel date from the 1720’s and were extended in the 1970’s after the church gained cathedral status.

The narrow, winding streets of the Cathedral Quarter are a shopper’s delight and across Cathedral Green on the banks of the River Derwent lies the newly opened Museum of Making.

The museum is located on a site of national significance as it is where Derby Silk Mill first stood over 300 years ago.  Adorning the entrance are a magnificent pair of wrought iron gates designed by William Bakewell dating from the 1720’s.  The restored mill has been given a major facelift and boasts a triple height atrium foyer containing a gift shop and cafe.  Suspended from the ceiling is both a 7 tonne Rolls Royce Trent 1000 engine and a partially disassembled car, each of which can be viewed from various heights and angles.

This excellent museum is free to visit with its galleries telling the story of Derby’s 300 year old history of manufacturing and of the people who were involved in industries ranging from silk making to railways and heavy engineering.

Of particular interest to us were the galleries focussing on silk throwing and the Midland Model Railway located upstairs in the Railway Gallery.  Alongside old railway signs and memorabilia is the model railway itself.  The layout was first displayed in 1951 in Derby Museum but had been packed away in storage boxes for many years.

Since the Museum of Making’s opening a team of volunteers have come together to rebuild the model railway working tirelessly each Monday when the museum is closed to the public.  We had timed our weekend visit well to see the trains in action as the model railway is operated at 11.00 and 14.00 daily.

After leaving The Museum of Making it was just a short walk on to the Derby Museum and Art Gallery located on The Strand.  Another free museum, this one showcasing paintings and artefacts by the renowned 18th century local landscape and portrait artist Joseph Wright.

To complete our tour of Derby’s cultural heritage we walked on a few minutes further until we reached Friar Street which is home to Pickford’s House.

This gem of a museum (also free entry) is set in the former family home of the architect Joseph Pickford (1734-1782) who was one of the leading provincial English architects in the reign of George III.  The museum showcases Georgian life with its period room sets depicting aspects of domestic life from the 18th to the 20th century.

The house covers several floors from the kitchen and scullery in the basement to the master bedroom and a collection of toy theatres on the top floor.  The Drawing Room was beautifully laid out demonstrating how visitors would gather and be entertained before entering the Dining Room.  The two period bathrooms are not only part of the museum but also for visitors use with their high pull cord cisterns and heritage fittings and tiling.  Outside, there is a walled garden to the rear of the building leading onto a free car park for museum visitors.

This concluded our tour of Derby’s excellent museums and as it was mid-afternoon we then felt ready to have something to eat, so we headed to Cosy Club on the corner of Corn Market and Victoria Street where we had booked a table for 3.00 p.m.  Cosy Clubs feature comfortable bar lounges and stylish dining rooms often in historic buildings.

The Derby branch is no exception as it is located in the former Royal Hotel which has been refurbished and tastefully decorated with glistening chandeliers hanging from its high ceilings.  We settled on the festive menu of turkey and ham pie, pigs in blankets, stuffing and roasted vegetables which was very flavoursome.

For dessert I opted for a lemon, white chocolate and raspberry posset which was lovely and sharp after my rich main course.  Around the table the other members of the family opted for Christmas pudding, and cheesecakes which were also said to be delicious.

After our meal we returned to the hotel for a short rest before ending our festive evening in style at the nearby Derby Arena where we took our seats to see Sleeping Beauty.   Unlike a traditional theatre, Derby Arena doubles as a velodrome but with a huge stage, seating and black curtains disguising the track you would never know it wasn’t always a theatre.

The pantomime was traditional in style with glittering scenery, sparkling costumes and lots of interaction from the audience.  Although I’m not from Derby, I really liked the way the lyrics of the classic song ‘Hello, Dolly’ were modified to ‘Hello Derby, you’re looking swell Derby’ and after a year’s absence, ‘It’s so good to have Panto back where it belongs’.  This got everyone cheering and in a happy mood as the performance got underway.  It was a fun evening and a very enjoyable pantomime performed by a talented cast.

Back at the hotel, over tea and biscuits we reflected on what a memorable day it had been and after a good night’s sleep we tucked into another yummy breakfast spread in the hotel before setting off for home.

We’d enjoyed a lovely time in Derby with its cultural heritage, cathedral, riverside walks and shopping making it an interesting city for a short break and as a stopping off point for the Peak District National Park.

We were guests of Visit Derby however as always,  all views and opinions are entirely my own. 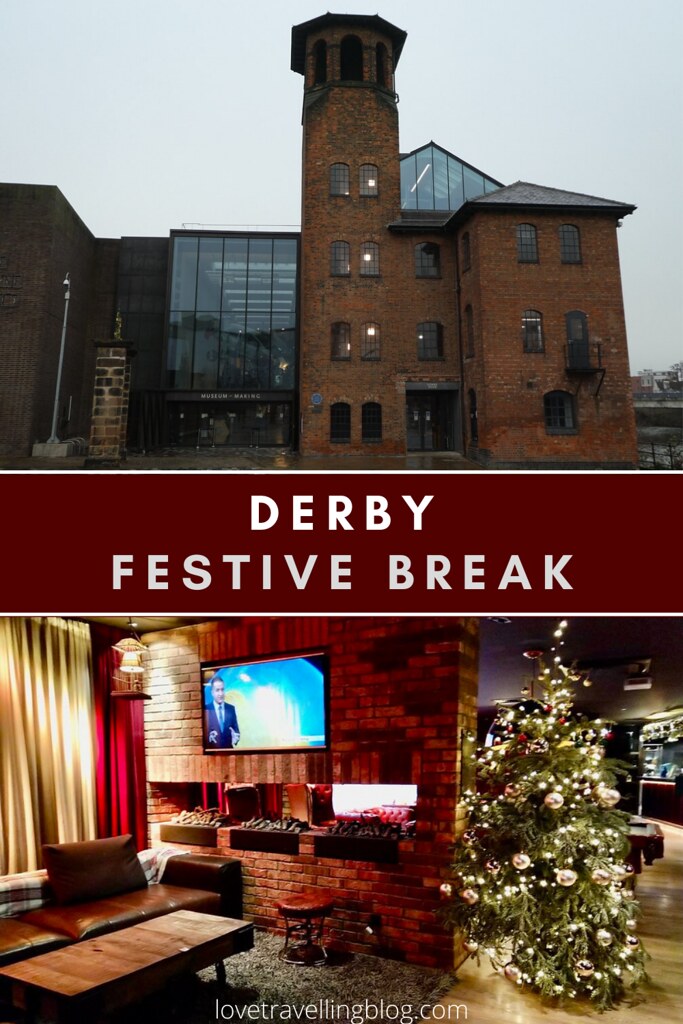