Lincoln is a historic city located in the East Midlands and conveniently situated for travel from most parts of the United Kingdom.  Last year LNER began operating AZUMA rail services direct from London King’s Cross station with a journey time of just under two hours making the city even more accessible and perfect for a weekend break.

What to see and do:

Lincoln Cathedral is one of Europe’s most celebrated medieval buildings and was once the tallest building in the world.  Standard adult admission is £8 which includes an optional introductory floor tour.  This stunning cathedral dates from 1073 and is regarded as one of the finest examples of Gothic architecture in the British Isles.  Its impressive nave fills a vast area and is adorned by splendid stained glass windows.

Explore the atmospheric cloisters which lead to the magnificent Chapter House.  You may possibly recognise these parts of the cathedral as they were used for the filming of the Da Vinci Code.

Highly recommended are the 90 minute cathedral rooftop tours, £5.  Volunteer guides take visitors up into the roof space to explore the hidden gems of the cathedral roof.  Viewing the Bell Ringing Chamber is particularly interesting and to discover that the Cathedral bells are still rung on a regular basis by 12 bell ringers known as the Company of Ringers.  On reaching the rooftop, the effort of climbing all those steps is rewarded by the panoramic views across to the castle afforded from this high viewpoint.  Lincoln Cathedral

Lincoln Castle was built by order of William the Conqueror during the late 11th century.  Entrance is £14 but substantial savings can be made by purchasing a combined Cathedral/ Castle ticket at just £18 as they are located close together.

Start by exploring the red brick Victorian prison which held prisoners from 1848-1878 for crimes ranging from petty theft to highway robbery and murder.  The prison has been painstakingly restored giving access to the cells and by using the interactive displays it creates a feeling of what it must have been like to be locked up behind bars.

A highlight is a visit to the prison chapel. It’s unusual as prisoners were placed in separate cubicles so that they could participate in services but were unable to come into contact with other prisoners.  It’s both an austere and atmospheric experience especially as several model figures have been placed in the cubicles and until visitors climb up to the pulpit, they are hidden from view.

Walk along the castle walls

Take a walk along the medieval castle walls pausing frequently to take in the stunning views of the city and surrounding countryside.  Entrance to the walls is included in the castle ticket and audio guides are also available offering a commentary on its history.  Lincoln Castle

The Museum of Lincolnshire Life

Housed in a former Victorian barracks dating from 1857.  The museum offers free entry and is open daily 10.00 – 4.00 p.m.  It covers the social history of Lincolnshire from 1750 to more recent times.

In one building, rooms are set out as various shops, a print-works, school room and a post office.  A larger exhibition hall displays a wide range of vehicles including trains, farm machinery and a WWI tank.  There’s also a children’s playground, café and shop.  It’s deceptively big so allow at least an hour to look around this interesting museum.  Museum of Lincolnshire Life

The main collection contains a diverse range of objects from the Lincolnshire area including aspects of archaeology, natural history and armoury.  Entrance is free of charge, with a £5 fee to view temporary exhibitions.  The Collection Museum

Walk through the Stonebow Arch which connects the more modern part of the city with the historic Quarter.  The second floor of the Guildhall is home to City Council meetings and has been in use since its construction in 1520.

A wonderful old cobbled street which becomes steadily steeper the further you walk uphill.  On the steepest section there are handrails to help you on your way, as it’s not called Steep Hill for nothing!  For those not keen on walking up steep hills, don’t despair as a regular ‘Walk and Ride’ shuttle bus operates from the railway station to the Cathedral Quarter every 20 minutes (Monday-Saturday).

The IBCC recognises the efforts of Bomber Command during World War II.  It is based in Lincolnshire as this is the main county associated with Bomber Command owing to the large number of airfields located there.  It’s located on the outskirts of the city, just off the A15, 2.6 miles south of Lincoln, close to the village of Canwick and is open daily except Monday.

The setting for the memorial is on a hilltop in a 10 acre park at Canwick Hill with views across the rooftops of Lincoln and to the magnificent cathedral which was used as a reference point to guide air crews returning to Lincolnshire.  The Walls of Names surround the Memorial Spire in a series of circles with names etched onto them of almost 58,000 men and women who lost their lives serving or supporting Bomber Command during World War II.

After completing a tour of the Peace Gardens continue your visit indoors to view the exhibition (standard adult admission £8.20 or £7.20 if booked on-line).  The exhibition is arranged over two floors and relates stories of Bomber Command, its pilots, families and the impact of the bombing raids.  International Bomber Command Centre

This is actually England’s oldest inland harbour.  The River Witham flows into Brayford Pool, a natural lake formed from where the River Witham and the Fossdyke Canal meet which was once a bustling port in Roman times.  It’s a lovely place for a stroll with its marina, waterside pubs and restaurants.

Cross the bridge over to Brayford Wharf to reach the main campus of the University of Lincoln which has a splendid waterfront setting.  An old railway warehouse which had fallen into disrepair has been renovated, retaining many of the building’s original features and is now the university library.

The bridge was built around 1160 and is the oldest in the country to still have buildings in use on it.

Here you will find a good mix of independent stores and national brands.  It’s also home to the Waterside Shopping Centre which contains a variety of stores and cafes.  The shopping centre overlooks the River Witham and benefits from attractive views of narrow boats moored along the quayside.

Bailgate is located at the very top of Steep Hill and has a village-like feel with its small, locally run shops including a bookshop, bakers and butchers.  One of the stores, Redhill Farm Shop supplies both Lord’s Cricket Ground and Silverstone so pop in to take a look at its array of free range meat, Lincolnshire sausages and tasty pork pies.

This pub is located in a quaint building at the top of Steep Hill and is reminiscent of an old cottage.  The bar has a cosy atmosphere with its feature fireplace and framed newspaper clippings adorning the walls.  Upstairs there’s a restaurant serving a varied selection of dishes in a relaxed setting. Wig & Mitre

A small restaurant near the top of Steep Hill cosily arranged over two floors. Brown’s specialises in gourmet pot pies with a selection of other dishes on offer too.  The generous sized pies are served in individual pots and come accompanied with creamy mashed potato and a medley of fresh vegetables.  It’s an informal little restaurant with friendly and efficient staff.  Brown’s Pie Shop & Restaurant

Also located at the top of Steep Hill this attractive small café is decorated in a traditional style with pretty little wall lamps fashioned from bone china tea cups and pastel coloured bunting hung across the wall giving it a cosy feel.

Order their afternoon tea, it’s a quintessential English classic with three tier cake stands filled to the brim with a selection of dainty sandwiches, homemade cakes, scones, jam and clotted cream all served on pretty Cath Kidston crockery.  Bells is a family run business with friendly service and where nothing seems to be too much trouble.  It’s definitely worth the hike up Steep Hill to get there and offers good value too! Bells Tea Shop

Located in the cookhouse of the city’s former Lunatic Asylum, it’s been tastefully converted into a café and coffee roasting house.  Stokes is a family run business which has been in existence for over a hundred years.  Sofas and chairs are upholstered using their own coffee bags whilst up-cycled items from the former hospital adorn its walls.  Continuing the up-cycled theme, a killer whale made from old car bumpers and coffee machine parts appears to swim from the ceiling looking down on diners.

Glance through the glass doors to the rear of the café to see where the coffee blending, roasting and packaging takes place. Stokes Cafe

For more information on things to see and do in Lincoln and to find out about the latest local deals and offers I recommend downloading the Lincoln Loyal Free app supported by Lincoln BIG. 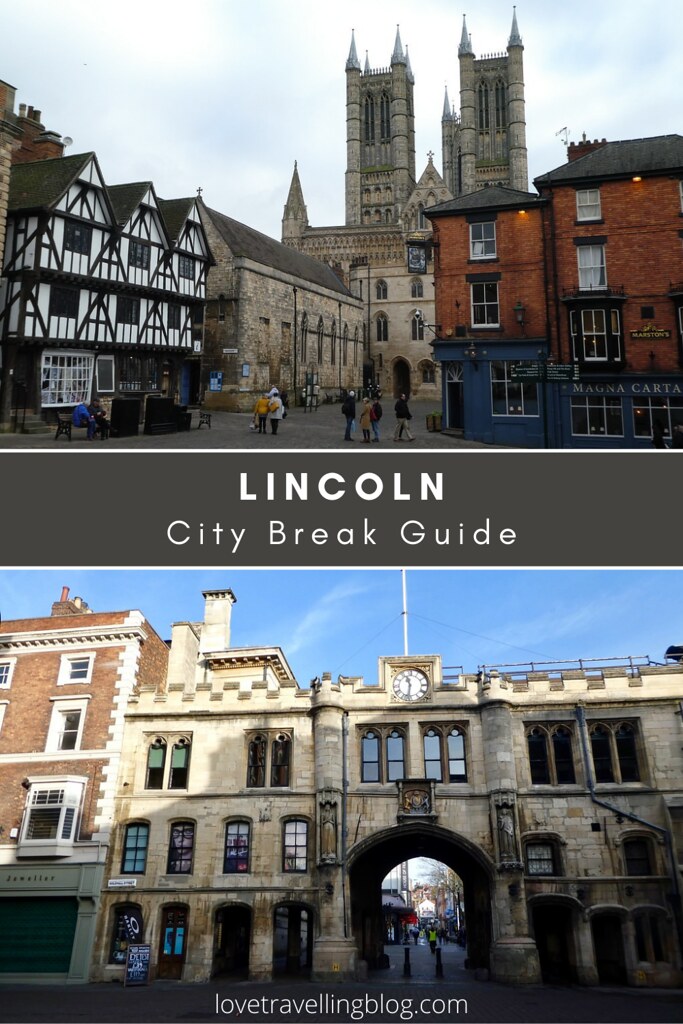 66 thoughts on “Lincoln – A Travel Guide”