Although we are frequent visitors to the spa town of Harrogate it’s awhile since we visited the attractive North Yorkshire market town of Knaresborough yet it’s only 4 miles from there.

We had come to visit Mother Shipton’s Cave, England’s oldest paying visitor attraction which has been open to the public since 1630.  Admission is £7 with an additional £2 parking fee but this seemed quite reasonable as it meant we could leave the car there all day whilst exploring the town’s other attractions.

Having parked our car in a shady spot beside the River Nidd we strolled along the well maintained woodland path that winds it’s way beside the river, breathing in the fragrant aroma of wild garlic.  Several of the trees along here were planted in 1739 and are remnants of the Royal Forest of Knaresborough.

It was a leisurely 15 minute walk to the ancient petrifying well which is believed to be the only one of its kind in England.  Arriving at the well, we found a large crinkled sheet of deposited carbonates and sulphates of calcium, sodium and magnesium.  Dangling from ropes were an assortment of petrified objects including kettles, shoes, hats and teddy bears.

All these objects have the mineral rich water from the limestone caverns of the Nidd Valley above trickling down on them.  The water calcifies them rapidly with a teddy bear taking between 3-5 months to be turned to stone.  At the time of Mother Shipton’s birth, locals believed the well to be magical and never ventured near it as they had seen twigs, leaves and birds turned to stone in the well’s falling waters and feared it would happen to them as well.

Behind the petrifying well is a perilously low ceilinged small wishing well. It is an old tradition to make a wish by placing your hand flat in the water and then allow it to dry naturally.  Many visitors have reported that their wishes have come true and some have returned to make another one.

To the right of the dripping well is the cave of Mother Shipton herself, Ursula Southeil, a Tudor prophetess who predicted the Great Fire of London, the Dissolution of the Monasteries and for 1881 to bring about the end of the world.

A small museum at the far end of the site features calcified artefacts some of which have been donated by celebrities as diverse as Queen Mary (a shoe), Agatha Christie (a handbag) and John Wayne (a cowboy hat).

The exhibition tells the story of Mother Shipton.  We learnt that Ursula was born in 1488 during the reign of Henry V111.  Legend has it that she was born during a violent thunderstorm in a cave on the banks of the River Nidd.  Her mother Agatha was just 15 when she gave birth and with no family or friends to support her, Ursula was raised in a cave for the first two years, growing up with a large crooked nose, a bent back and twisted legs giving her the appearance of a witch.  She spent most of her days around the cave studying the flowers and herbs which grew nearby and made potions and remedies from them.  At 24 she met a carpenter called Tobias Shipton and although he died a few years later she kept his name.

As well as making potions, Mother Shipton had a gift of predicting the future and soon became well known as the Knaresborough prophetess, a witch making a living making premonitions.  Although it is unclear how much of this legend is true, it is certain that a woman called Mistress Shipton lived in Knaresborough 500 years ago and people believed her predictions.

Leaving the mystique of Mother Shipton behind, it was a picturesque stroll back along the opposite bank beside the boat hire quay and the towering four arch railway viaduct.  This iconic structure stands nearly 80ft above the river and dates from the 1850’s.  Along here we found several riverside cafes with people sitting out on the open terraces enjoying the warm sunshine whilst taking in the stunning views.

Next, we clambered up a steep lane to explore the town which is perched on the cliff top.  There’s an attractive town square on Kirkgate where a thriving market takes place each Wednesday.  Many of the shops and banks are located in historic buildings adding to the charm of this small town.  One of them was a chemist’s shop that’s reputed to be the oldest in Britain, operating as a pharmacy since 1720.

Leading off from the square are a warren of narrow cobbled lanes lined with inviting small shops and cafes.  A surprising fact of this small town is that there are 15 pubs spread around though we only managed to sample one of them, enjoying panini and chips on its sunny terrace.  Feeling refreshed after our lunch we continued on foot to the Bebra Gardens which were awash with spring colour.  These gardens lead to the remains of Knaresborough Castle which dates back to the 14th century.

Looking down from the stone viewing platform must be one of the finest views in the country.  Laid out before us was the stunning Nidd gorge with its landmark viaduct. It’s the gorgeous view one used to find on chocolate box lids and the subject of countless jigsaw puzzles.

Carefully making our way down the stone steps back to the riverside we returned to the car passing the aptly named World’s End Inn.  I’m sure I’m not the only one who was grateful that Mother Shipton’s prediction of the world coming to an end didn’t happen as there is so much for us to enjoy on our planet!

I would like to thank Mother Shipton’s Cave for kindly inviting me to visit their attraction and, as always all opinions are my own.

Harrogate and its Turkish Baths 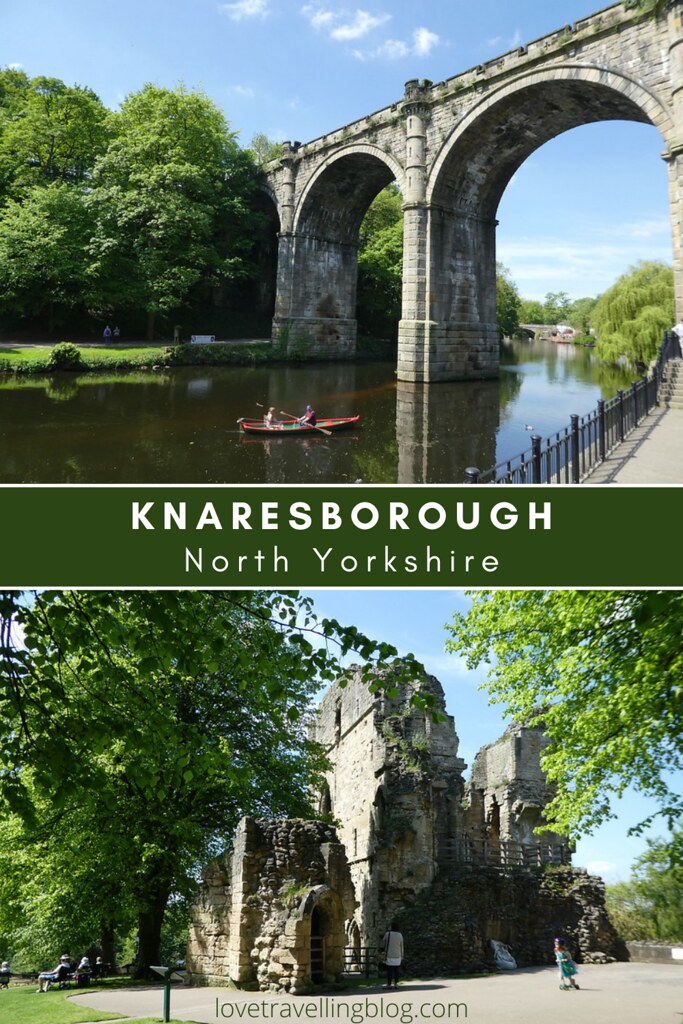