Our long weekend in Belfast was drawing to a close but gladly we still had a full day of interesting activities planned for our final day.  After a delicious breakfast at the Harrison Hotel we packed up our belongings and we reluctantly checked out of our lovely rooms which had been home for the last four nights.

Our first activity of the day was a Black Cab bespoke tour of the city with Billy Scott from Touring Around Belfast who picked us up from our hotel. Our tour took us past the Crown Liquor Saloon where we had enjoyed dinner on our first evening and then along to Belfast City Hall where we made a brief stop to learn about the building’s history.

From there, we continued on to the Peace Walls where we enjoyed a tour of the political murals of the Falls and Shankill Road which tell their own graphic story of what is known as “The Troubles” in Ireland’s recent history.  The Walls reflect the history of Northern Ireland.

Our Blue Badge tour guide Billy was very entertaining and provided us with an unbiased commentary, stopping frequently for us to get out of the taxi to take photographs.

We walked along the infamous peace line which was built to keep Nationalists and Loyalists apart and divided communities.  Along here, our guide handed us a pen to follow in the footsteps of Bill Clinton and the Dalai Lama by writing our own messages on the peace wall next to the thousands of others.

After completing our tour of the Peace Walls we travelled the short distance to East Belfast to view the Stormont Estate and parliament building which is home to the Northern Ireland assembly.  The estate dates back to 1830 and is open to the public and set in beautifully landscaped gardens.  Stormont is approached through a gate lodge at the Prince of Wales entrance and along a grand avenue of lime trees.  These were planted in such a way as to give the illusion that the trees are giving way to allow an even better view of the parliament building.

Tours of Stormont are usually available but currently suspended.  However, even if the building is closed, it is still worth a visit to explore the grounds.  Standing on the roundabout at the top of the avenue is a statue of Lord Edward Carson who was leader of the Irish Unionist Alliance and Ulster Union Party between 1910-1921.

To one side of the long driveway are the Rose Gardens which were developed in 2013 to create an area of quiet reflection with circular rose beds complimented by lavender.  Although there weren’t any roses in bloom during the time of our visit, it was still interesting to see.

Back in the taxi, our tour moved on to the C.S. Lewis Square adjacent to the East Side Visitor Centre.  I was excited to take a walk through this public space as it was the C.S. Lewis suite that I had been staying in at The Harrison.  He is best known for his magical world of Narnia in his book, the Lion, The Witch and The Wardrobe.  The square features over 300 mature trees and 7 statues by the Irish artist Maurice Harron.

Finally, we headed over to the Titanic Quarter where Billy pointed out the enormous dry dock and pump house where Titanic last sat on dry land.  We then took a look at the historic slipways from where Titanic and Olympic were first launched into the water.

An iconic landmark of the Harland & Wolff shipyard is the huge pair of yellow shipbuilding gantry cranes named after the biblical figures of Samson and Goliath which we had seen from a distance on our arrival into the airport.

As planned, Billy dropped us off outside the entrance to Titanic Belfast, a tour of which he had just set the scene for.  Standard entrance tickets for the Titanic Experience which also includes a tour of SS Nomadic are £19.  The tour of SS Nomadic is valid for 12 months and so does not need to be taken on the same day if it is more convenient to visit later.

The building replicates four ship hulls and was built to the same height as the Titanic hull.  Its exterior is clad in 3,000 aluminium plates creating a shimmering ice blue appearance enhanced by reflective pools of water surrounding it.  Titanic Belfast opened in April 2012 as a monument to Belfast’s maritime heritage on the site of the former Harland & Wolff shipyard in the city.  Its galleries tell the story of the historic shipyard from boomtown Belfast at the time of the ship’s construction at the beginning of the 20th century to RMS Titanic’s fateful maiden journey.  (I’m not sure how many of you know what RMS stands for, I certainly didn’t, so I investigated and discovered it is Royal Mail Steamer indicating that the Titanic was contracted to carry mail).

A shipyard ride cable car type structure then takes visitors on a journey revealing a fascinating insight into the sights, sounds and smells of the shipyard demonstrating what tasks had to be carried out in order to build the Titanic.

The launch experience is bittersweet.  Titanic departed Belfast on 2nd April 1912 to travel to England, France and Ireland to pick up passengers for her maiden transatlantic voyage but at 11.40 on 14th April the ship hit an iceberg in the North Atlantic.

Two and a half hours later Titanic sank and 1,512 people lost  their lives. The 705 survivors were taken by RMS Carpathia onto New York.  The Titanic Experience then takes on a sombre note as we were led into a theatre showing the journey to the bottom of the ocean and the discovery by divers of the Titanic in 1985.  The tragedy of RMS Titanic will certainly live on thanks to the extremely interesting and well documented Titanic Experience.

After a browse in the gift shop we walked across to where the SS Nomadic was berthed to take a look at Titanic’s original tender ship and last remaining White Star Line vessel.

To complete our tour of the Titanic Quarter we then enjoyed a meal in Drawing Office Two at the Titanic Hotel, the former headquarters of the Harland and Wolff Shipbuilders.  This historic building has been painstakingly restored and converted into a boutique hotel, bar and restaurant.

Drawing Room Two is filled with natural light from its large windows and spectacular three storey high barrel-vaulted ceiling.  In this very room where we were dining, many of the world’s most famous ocean liners including RMS Titanic were designed.  White Star Line posters adorn the walls and authentic features including Villeroy & Boch tiles that surround the island bar are the same as the ones used for Titanic’s swimming pool and first class bathrooms.

Sitting cosily at a window table, we soaked up the atmosphere whilst enjoying an delicious meal prior to our flight home.  Service was exemplary and the food cooked to perfection, the perfect way to end our visit to Belfast.

George Best Belfast City Airport was then just over a five minute taxi ride from the Titanic Hotel.  Our Aer Lingus flight back to Manchester departed on time and in less than an hour we were exiting the airport and on our way home.

Our four night stay in Belfast had been an unforgettable experience and we had loved every minute of it from exploring the city centre and its attractions to visiting the Giant’s Causeway and the Antrim Coast.  If you haven’t already visited, I believe that Belfast should be on everyone’s ‘must see’ places as it has so much to offer, the locals are welcoming and the food irresistible.  In these strange times when overseas holidays seem a distant memory, I hope this series of posts might inspire you to board a plane to visit Belfast as I’m sure you won’t regret it and I personally can’t wait for the opportunity to return to see more of Northern Ireland.

During our stay in Belfast we were guests of Visit Belfast and the The Harrison Hotel and as always, all views and opinions are entirely my own. 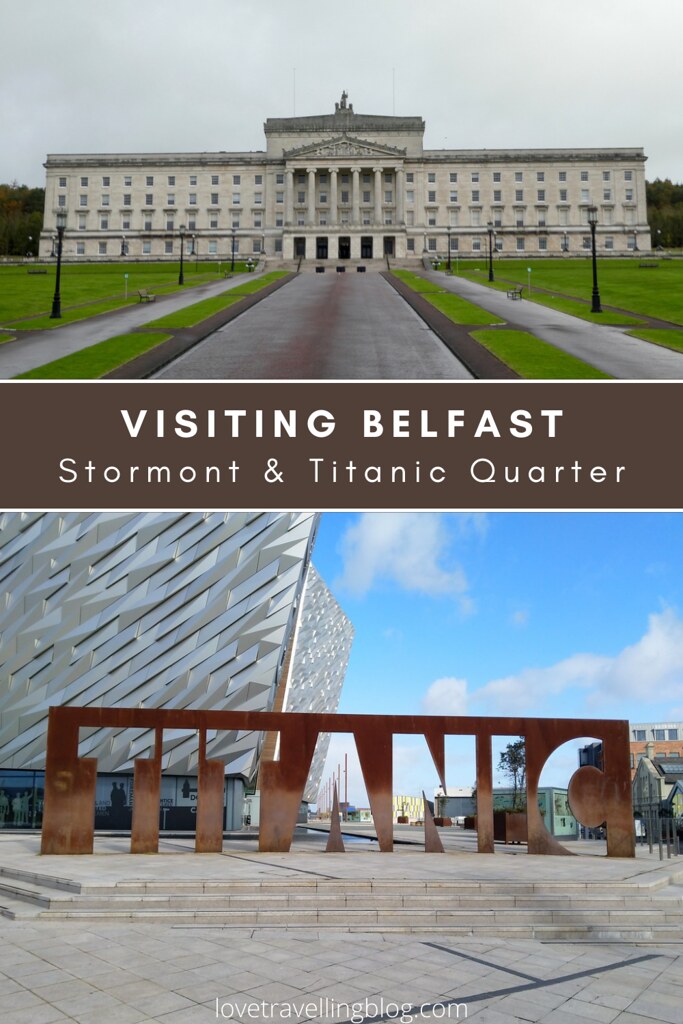 65 thoughts on “Day 5. The Belfast Peace Walls & the Titanic Experience”