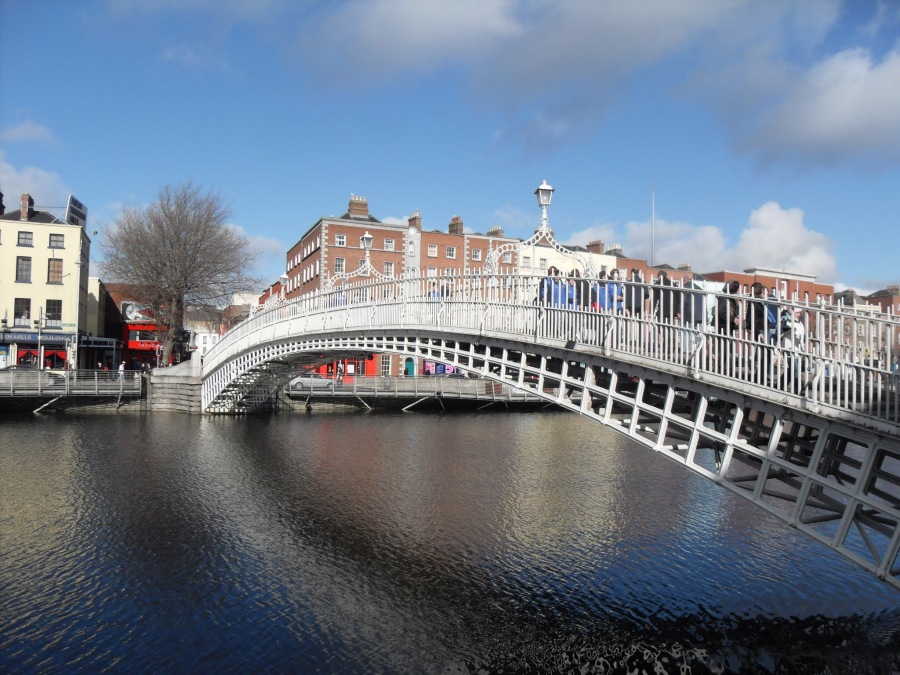 We took an early morning flight from Edinburgh Airport over to Dublin in the Irish Republic.  This was my third visit to Dublin but my first in mid summer.  Before leaving the airport we bought ourselves 72 hour travel passes for use on the public transport, these being valid on the bus service into the city centre from the airport.

It was still very early and the city hadn’t yet come fully to life when we left the bus on O’Connell Street but it didn’t take us too long to find an inviting cafe where we ordered ‘Full Irish Breakfasts’ to set us up for a day of sightseeing.

Our first stop was to Trinity College, Dublin, an historic seat of learning in the heart of the city centre.  The entrance arch leads through to manicured lawns and cobbled paths. In one corner stands the Old Library, constructed in the 18th century and where the famous Book of Kells is stored.  This is Ireland’s greatest cultural treasure and tickets to view this medieval manuscript can be bought on the day.

A few steps away lies Christchurch Cathedral of the Church of Ireland, this is Dublin’s oldest building and after a look inside we walked along the banks of the River Liffey.   Soon we arrived at Dublin’s oldest pedestrian bridge across the River Liffey, known as the Ha’Penny Bridge, named after its original toll.  It really is a joy to behold with its elliptical arch and the iron work repainted in its original off white colour.

Needing a rest,  it was time to check in to our hotel, The Charles Stewart at Parnell Square, a central position at the top of O’Connell Street.  The room was quite good but the WiFi in our room was very weak, probably because we were at the very end of a corridor, still this was a minor matter.