We were up bright and early as we’d booked tickets (£25 each) for a full day excursion on a combined Giant’s Causeway and Games of Thrones tour with McComb’s Coach Travel.  The meeting point was outside the Europa Hotel for our departure at 8.30 a.m.  The company seemed very organised as we set off on time in the capable hands of our driver/ tour guide Derek from whom we learnt much about Irish history along the way.

It was just 20 minutes to our first stop at Carrickfergus, located on the north shore of Belfast lough.  Here we made a short stop to take a look at its Norman castle and statue of King William beside the small harbour.

Back on the coach we joined the Antrim coast road through the scenic nine glens of Antrim which are designated as an area of outstanding natural beauty.  If at all possible, do try and sit on the right hand side of the coach to take advantage of the best views along this beautiful stretch of the causeway coast.

Our next stop was at the picturesque village of Carnlough at the foot of Glencloy.  It’s the second of the nine Glens of Antrim and is centred around its quaint fishing harbour.  Before getting off the coach, Derek showed us a clip on his iPad of the stone harbour steps leading down to the water which were used in the filming of Game of Thrones when Arya Stark was pulled out of the water after being attacked.  An information board has been placed next to the steps for fans of the series to find out more.

We had plenty of time to take a stroll by the harbour and I was interested to read a plaque about a pigeon trained in Carnlough.  Paddy the Pigeon we learnt, was an Irish carrier pigeon awarded the Dickin Medal after being the fastest pigeon to arrive back in England with news of the D Day invasion whilst serving with the RAF in 1944.  It’s surprising what you come across whilst wandering around!

Moving on, we enjoyed views across the Mull of Kintyre to Scotland, lying just 15 miles away.  Cushendun was our next stop, it’s a small village conserved by the National Trust.  It was a 10 minute walk from the road down to the sheltered harbour and along the rocky shoreline to some caves.  These caves are another Game of Thrones filming location and fans might recognise them from the fantasy drama.

The next scheduled location should have been the Carrick-a-Rede rope bridge but as this is currently closed, a stop at Ballintoy harbour had been arranged instead.  We followed a steep path down to the small harbour and enjoyed 40 minutes looking around.

Any disappointment at not being able to visit the rope bridge soon faded as Ballintoy was a delightful little place where time seemed to have stood still.

It was then time for lunch just up the road at the Fullerton Arms where we stopped for 45 minutes.  At one of the previous stops, our driver had passed around the lunch menu and phoned orders through so that the food would be ready to be served on arrival.  Having lunch at the pub is optional but as there didn’t seem to be anywhere else in the village it might be a good idea to bring along a packed lunch if you don’t wish to go to the expense of dining in the pub.

It was then just a 30 minute drive to the Giant’s Causeway, the main attraction of our tour and a UNESCO World Heritage Site.  We left the coach next to the National Trust visitor centre where an entry fee is charged unless you are an NT member.  As we are members, we decided to look in there first but discovered that although it does contain a small section on the geology and history of the causeway, the centre is mostly given over to a large gift shop and cafe.

Although the Giant’s Causeway is managed by the National Trust there is no charge to view the natural phenomenon of basalt columns.  It’s a 20 minute downhill walk from the visitor centre to the causeway but for those who are unable or prefer not to walk, a shuttle bus service operates from the car park at a nominal charge.

We enjoyed walking along the rocky coastline towards the main part of the causeway which is spread over a relatively small area.  There are over 40,000 hexagonal basalt columns and visitors are permitted to leave the main path and walk over them though care must be taken as they can be quite slippery.

Legend has it that Finn McCool, the Irish giant built the causeway to cross over to Scotland and its possible to believe that there was once a causeway as similar basalt columns can be seen around Fingal’s Cave in Scotland.

Whatever you wish to believe, the Giant’s Causeway is a natural wonder and a truly wonderful place to visit.  Do wrap up warm as this stretch of Northern Ireland’s coast is exposed and can often be windy.

Our stay of 90 minutes was just about right to give us enough time to explore the causeway without needing to rush around.  Back on the coach, we continued on our way, passing the medieval Dunluce Castle, the seat of the MacDonnell clan in Bushmills where we paused briefly to take photographs.

Our final stop was at yet another Game of Thrones filming location, this time at Ballymoney.  Here we strolled along an avenue of beech trees planted in the 18th century to impress visitors as they approached the entrance to Gracewell House, a Georgian mansion owned by the Stuart family.

200 years later these iconic trees gained world-wide recognition as they were used to represent the Dark Hedges along the Kings Road in the drama series.  The avenue of trees was an impressive sight in the fading afternoon light, even for those who do not follow the mythical storyline.

It was around 6.00 p.m. by the time we arrived back in Belfast after such an interesting day visiting so many places along the North Antrim coast.  The time had sped by but as the trip was so well organised we never felt rushed and everyone returned to the coach at the scheduled times.  Our coach driver Derek made the day extra special with his natural charm and obvious love of Northern Ireland.  He was very witty and had everyone laughing at his many jokes which he slotted into his more serious commentary.  Without hiring a car, it would not have been possible for us to have seen so much in one day and I would recommend taking one of McComb’s tours when visiting Belfast as they offer such good value.

Back at the hotel we freshened up and then didn’t have far to walk for our evening meal at The Barking Dog, as it was just a few doors away along Malone Road from The Harrison, the boutique hotel where we were staying.

We’d walked past the restaurant numerous times and had looked forward to visiting.  The modern interior is candlelit creating a relaxed atmosphere.  Cosily seated in the bay window we browsed the menu whilst sipping glasses of wine.

Our starters of mushroom soup topped with cappuccino froth and served with chunks of wheaten bread tasted delicious and we followed these up with chargrilled chicken supreme and the Barking Dog’s signature fish pie.  I love fish pie and this one filled to the brim with salmon and seafood was one of the tastiest I’d ever eaten and I savoured every forkful.  We couldn’t manage a dessert but we lingered awhile over our cups of coffee whilst enjoying the convivial surroundings of the bistro.

The Barking Dog was just our sort of place, fine dining with friendly service in a lovely setting.  As well as being close to our hotel in the Queen’s Quarter, it’s only a 20 minute walk from the city centre or a short cab ride away and somewhere I’d definitely return to on a future visit to Belfast.  The perfect end to yet another lovely day exploring the gems of Northern Ireland. 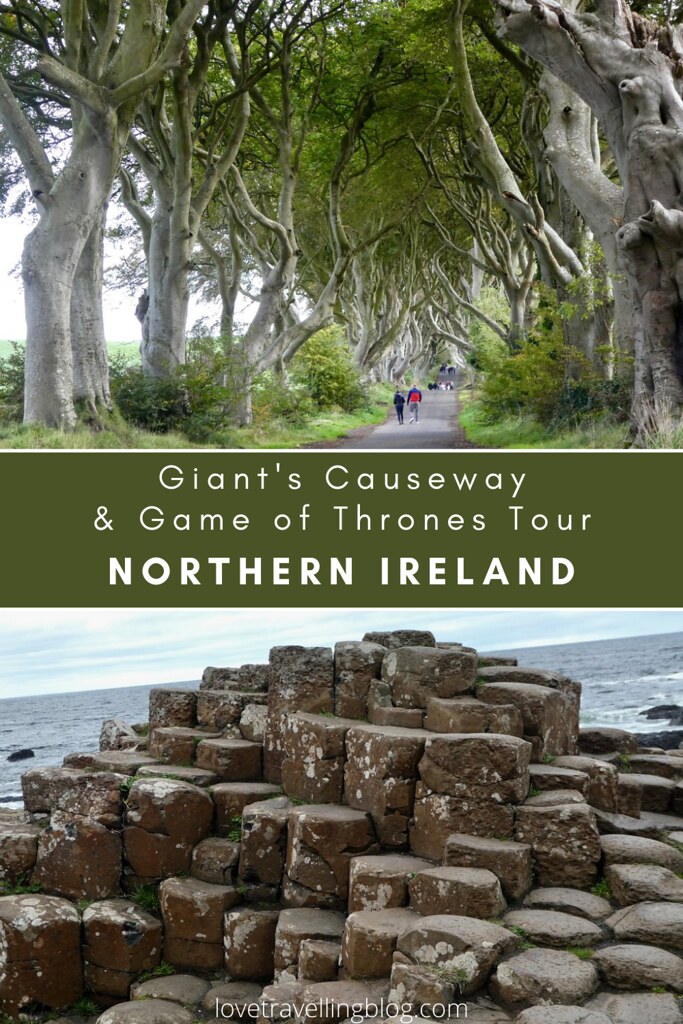