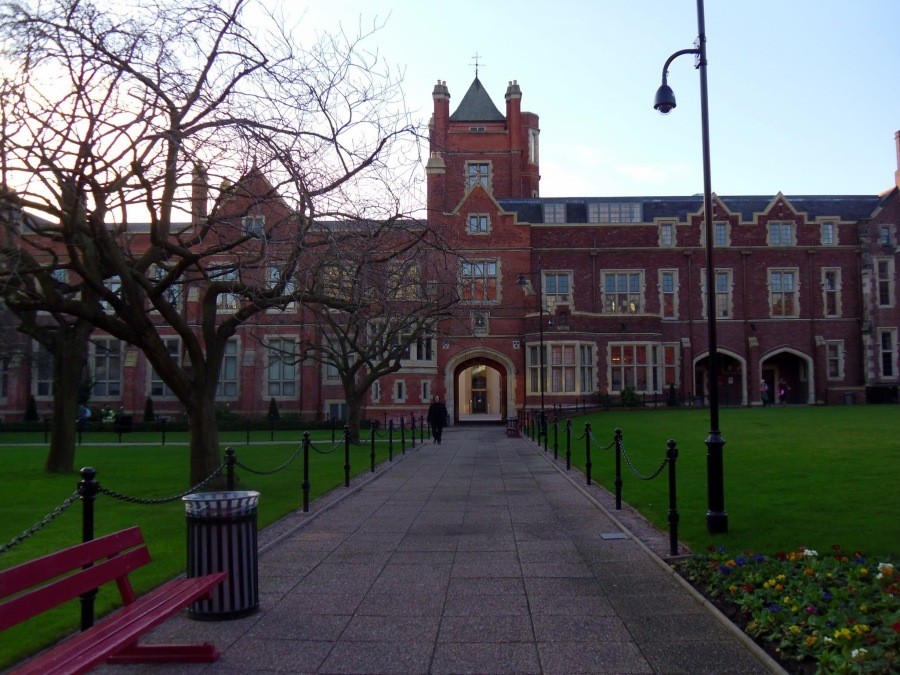 After a hearty breakfast we walked along to the Queen’s Quarter taking us 20 minutes. We strolled through the grounds of the Queen’s University which was founded in 1846, it’s historic buildings were beautiful with carefully tended lawns and quads.

Just across the road stands the Botanical Gardens, being January there was little to see outdoors but the magnificent Palm House contained many exotic plants and shrubs.  This is one of the earliest examples of  a glasshouse made from curved iron and glass.  The building was completed in 1840 and the glass dome added in 1852.  Located in the gardens is the Ulster Museum where we spent an enjoyable hour learning about the history of Ulster and before leaving we had hot drinks in the museum cafe then returned to the city centre.

On our way to the Titanic Quarter we visited St Anne’s Cathedral also known as Belfast Cathedral with its ‘Spire of Hope’ a 40 metre stainless steel spire which was added in 2007 and is illuminated each evening.

On reaching the waterfront we could see the iconic giant cranes from the Harland and Woolf shipyard, builders of the ill fated Titanic liner.

At 2.00 pm we were back in Donegall Square for our guided tour of Belfast City Hall.  This was very interesting, we were shown around several rooms of the hall which was built in 1906, these included the Council Chamber, the Banqueting Suite and the Robing Room where we were invited to try on the sumptuous gowns worn for special occasions by council officials.

After a busy day, and aching feet,  we ate dinner in a pub near our hotel.

4 thoughts on “Day 3. Queen’s University, Belfast and the Titanic Quarter”