Our day began with a visit to the National Maritime Museum along the historic riverside.  A combined entrance ticket 35zl (£6.50) can be purchased to include the museum ship Soldek moored alongside. Entrance is also included in the Gdańsk Card.

The museum located in three restored old granaries is devoted to Gdańsk’s role as a Baltic seaport through the centuries.  Its seven galleries include artefacts related to ship building including components, old maps, charts and navigation equipment.  One gallery focuses on the city’s role as a Hanseatic port whist another charts the medieval amber routes through the Baltics.

Most of the signage is only in Polish but laminated sheets are available in English to pick up in each room.  These provided us with a short explanatory overview but it would have been preferable for the main signage to have been translated.  A special temporary exhibition was on display about a longboat and settlements which was of interest.

Leaving there we climbed aboard the museum ship SS Soldek, a Polish coal and ore freighter that was retired from service in 1981 after 31 years of service.  Soldek was the first ever ocean ready boat to be built at the Gdansk shipyards and exploring the ship was the highlight of our visit to the museum.

We had fun peering inside cabins where the sailors once lived, viewed the officers quarters, the galley and climbed up to the bridge to take our turn at the wheel.  We also clambered up flights of steps to the top deck and then down into the engine rooms to view where coal was shovelled into the boilers.

Zuraw, a medieval port crane is also part of the museum but currently closed due to renovations.  The crane was built in the mid 15th century as part of the biggest double towered gate on the harbourside.  It was used to load and unload heavy cargo from ships and over the years played a big part in the vessels that passed through the city.

All the places we’d planned to visit during the day were quite close together so it was just a short walk to the the Polish Post Museum located on the northern edge of the old town. Standard admission 10zl (£1.77) and included in the Gdańsk Card.   I always enjoy a visit to a Postal Museum to have an opportunity to view Postal artefacts such as franking machines, stamps, uniforms etc. but this museum was unique as it also included much more.

Between the wars, the autonomous city state of Danzig (Gdansk) had two post offices, one municipal and the other run by the Polish government.  The one that is now the museum also surreptitiously served as the centre of the Polish government’s intelligence gathering service in the free city.  The building was used to store armaments and the postal workers were trained in case of attack.

When WW2 broke out close by, the heroic defence of this post office by its employees went down in history.  The Post Museum portrays the battle as it unfolded and the fate of those defending the building.  It’s only a small museum but definitely worth visiting.  It retains a working post office to one side of the main entrance and a stainless steel monument stands in the square outside honouring the sacrifices of the postal workers.

On leaving the Postal Museum we were then ready for our morning cups of coffee so we popped into an inviting little cafe overlooking the river called Guga Sweet and Spicy.  It wasn’t until after we’d ordered that we realised it was a vegan cafe but our almond milk cappuccinos were delicious anyway and I’m so glad we chose to call in there.

Re-fuelled with coffee, we were soon on our way again, this time to the Museum of the Second World War, a vast museum documenting not only Poland’s involvement in the war but also viewing the travesty from a wider perspective.  Standard admission 25zl (£4.42) and included in the Gdańsk Card.  It was decided to build the museum in Gdansk as it was here on the Westerplatte Peninsula on 1st September 1939 that World War Two broke out with Germany’s attack on Poland and where the first shots were fired.

This modernist building overlooking the river was designed in three elements to create a link between the past, present and future.  The Past suggesting that the evils of war lie underground, The Present portrayed as the square surrounding the building whilst The Future is the large tower with its glass ceiling pointing upwards.

The visit commences with a short introductory video explaining the events leading up to the outbreak of war which provided useful background information.  We then toured the underground museum which is divided into 3 main sections documented in 18 rooms.

The Road to War explains the unique situation of the free city of Danzig (Gdansk) whilst the Horrors of War tells the story of the war from differing viewpoints.  The Polish Victims of the Holocaust documents the harrowing story of the Jewish population and is very moving as visitors pass through a large room lined with thousands of photos of those who lost their lives to the sounds of sombre Jewish prayer.  The War’s Long Shadow then seeks to investigate the aftermath of war and the ways in which Europe developed divided as it was by the Iron Curtain for 45 years.

Much thought has gone into the museum’s design and structure and I’m pleased we had an opportunity to visit.  A variety of presentation styles are used to share this dark period in history and they work well.  There are some large exhibits on display such as tanks and a German built wooden railway carriage but it is the many small personal belongings which create the biggest impact.  These include letters and photos donated by individuals showing the disruption and horrors inflicted on ordinary people’s lives.  I would allow a minimum of two hours to explore the museum and recommend adding a visit to any planned itinerary.

On leaving there we just had one more place we wished to visit and that was to the Gdansk Town Hall City Museum in the heart of the old town.  Standard admission 16zl (£2.73) and included in the Gdańsk Card.  The restored town hall building houses the Historical Museum of the City of Gdansk.  Here we admired paintings, antique furniture, silver tableware and historical documents.

For us, the nicest part of visiting the museum though was to view the interior of the magnificent old town hall.  We enjoyed touring the Council Chamber, Court Room and Great Hall which is one of the most beautiful Renaissance halls in Europe.  We had hoped to climb up to the top of its tower which was supposed to be open but due to a rain shower earlier in the day had remained closed. There is a supplement of 12zl (£2.12) to access the tower  The weather was actually lovely late on the Sunday afternoon when we tried to gain access.  We didn’t mind too much though as this is the city’s second tallest tower and we had been up to the top of the tallest the previous day at the nearby St. Mary’s Basilica.

It was then back to the hotel for a little rest before eating dinner at Pyra Bar located near to the Golden Gate at the far end of Long Market.  Pyra Bar specialises in everything potato based and on a visit to Poznan just before Christmas it had been recommended that we eat there.  I liked it so much that when I discovered there was also a branch in Gdansk, I searched it out.  It’s so popular that when we arrived there were no tables available but fortunately some people were just leaving so we didn’t have to wait.  We both ordered their creamy potato casseroles, mine with salmon and leeks and the other chicken which both tasted delicious and were very filling.  The restaurant is attractively furnished and cosy with additional seating outside on the terrace.  Prices are reasonable so if you are ever in Gdansk, Gdynia or Poznan it’s a good place to go.  The end of a lovely day exploring Gdansk. 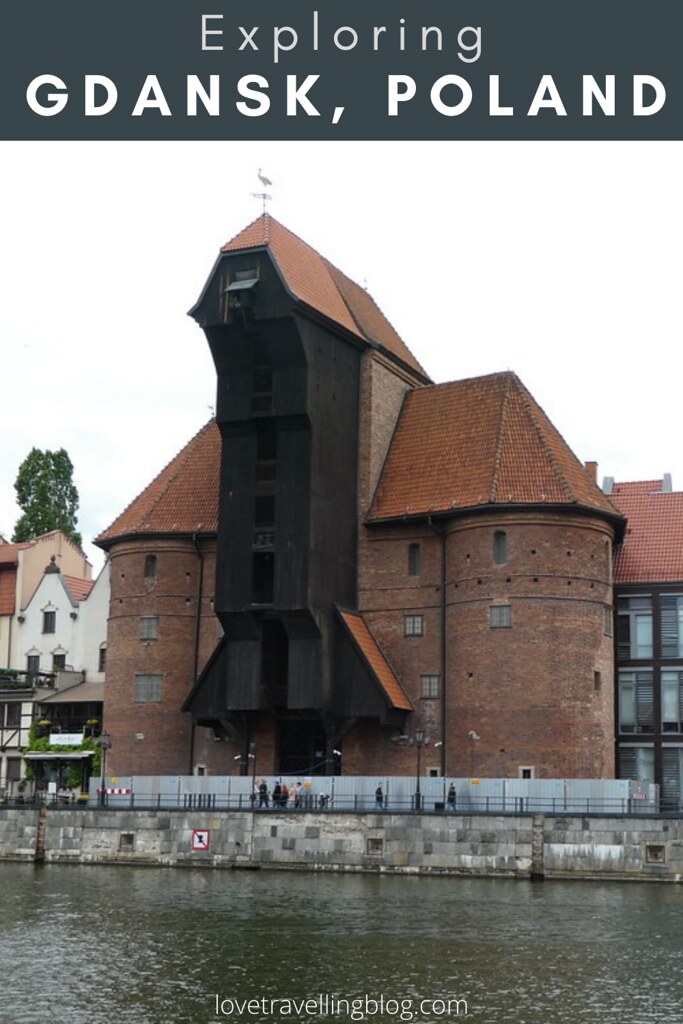