To coincide with the introduction of Ryanair’s new route between Manchester and Poznań we decided to check out another of Poland’s city break destinations.  Poznań is the capital of the Wielkopolska region and noted for its Renaissance Town Hall as well as being being home to Poland’s oldest cathedral.  Our flight the previous afternoon departed on time and in a little over two hours we were taking an Uber into the city centre, journey time 25 minutes (PLN25/ £4.50).  We’d arranged to stay at the Hampton by Hilton Poznań Old Town, just a few minutes walk from Stary Rynek (Old Town Square).

The hotel’s entrance foyer felt very festive adorned with a large Christmas tree and other tasteful decorations giving us a warm welcome.  Check-in was completed quickly by a very friendly girl on reception and soon afterwards we were settling into our contemporary styled room with its floor to ceiling windows, large comfortable bed, tea and coffee facilities, huge television and a luxurious bathroom with fragrant complimentary toiletries.

As it was our first visit to Poznań we were eager to start exploring so wrapped up warm for the sub-zero temperatures and wandered the short distance to the Bethlehem Christmas Market in Wolnosci Square (Freedom Square); which runs from late November until 26th December each year.  Our evening walk had transported us into a winter wonderland with the traditional wooden huts, twinkling fairy lights and aromas of mulled wine and roasted almonds filling the air.  We soaked up the atmosphere wrapping our hands around mugs of mulled wine and tucked into tasty sausages and delicious pierogi (filled dumplings).

After a good night’s sleep we woke refreshed and enjoyed a leisurely breakfast in the hotel’s restaurant.  My eyes lit up when I spotted an electric waffle iron complete with jugs of batter measured out ready to be poured in.  After filling ourselves with herring, cheese, eggs, pastries, fruit, yoghurt, waffles and several cups of coffee we were set up ready for a day of sightseeing,

On our way to the old town square we paused to admire the beautiful facade of the Basilica of Our Lady of Perpetual Help, Mary Magdalene and St. Stanislaus.  This church dates back to the 16th century when the Jesuit order was brought to Poznan.

Stepping indoors, the church was full of splendour with its marble pillars, 27m high nave and 11 ornate chapels each with their exquisite altars and paintings.

Leaving there, our next stop was to the tourist office in Stary Rynek where we picked up some maps and collected our Poznan City Cards (PLN 79/ £14.50).  The cards offer excellent value as they are valid for three days and include public transport and free or discounted admission to museums, attractions and restaurants.

Making use of the cards straightaway, we headed over to Przemysl Hill to visit the Royal Castle which is home to the Museum of Applied Arts.  Entrance PLN 15 (£2.75) or free with the Poznan Card.  The Royal Castle originally dates from 1249 but was largely destroyed during the Second World War and has since been re-built.

The museum is part of the National Museum holding a collection of applied art from the Middle Ages to modern times.  Touring the galleries we viewed furniture, ceramics, costumes and weapons.  We then took the lift up to the observation deck on the 5th floor to view the city centre from behind glass before taking the steps up one more floor to the outer viewing deck which provides panoramic views of the old town and further afield.  A definite ‘must do’ on any visit to the city.

From there, we moved on to the larger National Museum PLN 13 (£2.38) and included in the Poznan Card.  The historic wing built in 1904 contains the Gallery of Polish Art from the 16th-18th century and includes Poland’s only Claude Monet painting – Beach in Pourville.  Continuing through to the modern wing we discovered Polish art ranging from Renaissance to Impressionism.

After leaving the National Museum we then used our Poznań Cards to take a tram across to Środká, a historic neighbourhood to the east of the city centre.  This district lies on the east bank of the Warta river opposite the island of Ostrów Tumski which is home to the city’s cathedral.  Close to the tram stop stands a large 3D mural on the gable end of a building.  The mural celebrates the historical town of Śródka and was created to commemorate the settlement gaining its city rights in 1231 before being incorporated into the city of Poznán in 1800.

Ready for some lunch, we spotted an inviting little cafe called Na Winklu on a street corner close to the cathedral so we popped inside and warmed up with bowls of steaming hot soup.  It proved to be a great find with good food and friendly service.  We then moved onto the Porta Posnania Interactive Heritage Centre. (PLN 20/ £3.66) and discounted with the Poznan card.

This modern building symbolically connects Poznan’s two oldest districts – Ostrów and Sródka via a covered bridge between its main exhibition building and the Cathedral Lock, a restored section of the former Prussian river fortifications.  The main building lies on the Stródka side and tells the story of the birth of the Polish nation.  It also depicts the history of the area from medieval times to the present day via interactive multimedia displays and audio guides.

Next we crossed the nearby Jordan Bridge so that we could visit Poznan Cathedral (free admission).  The church dates back to the 10th century and was the place of coronation and burial of Poland’s first rulers.  Its present appearance is from its reconstruction after World War II.

Standing in the cathedral grounds is a statue to the Polish born Pope John Paul II who was the first non-Italian to be elected Pope in 400 years and who reigned from 1978 until his death in 2005.

After an interesting day exploring Poznan’s cultural highlights we took a tram back to the hotel and rested awhile before enjoying dinner at Restaurant Szarlotta just off Stary Rynek (Old Town Square).

The elegant interior features cosy seating and an open kitchen serving traditional Polish cuisine with a modern twist.  Our main courses of beef and chicken were of generous portions and tasted delicious.

The restaurant had a convivial atmosphere and combined with its helpful and friendly staff we enjoyed a very pleasant evening tasting local dishes.  After rounding off our day with mugs of mulled wine at the Christmas Market we returned to the hotel after enjoying a splendid full day exploring the city.

As this will be my final post of 2021 I would like to take this opportunity of wishing all my readers a very Happy New Year.  Thank you so much to everyone for taking the time to read and comment on my posts during the year, it means such a lot and brings my blog to life.  Let’s hope that 2022 will bring more opportunities for travel both near and far for us all.  Best wishes Marion xx

A weekend in Warsaw 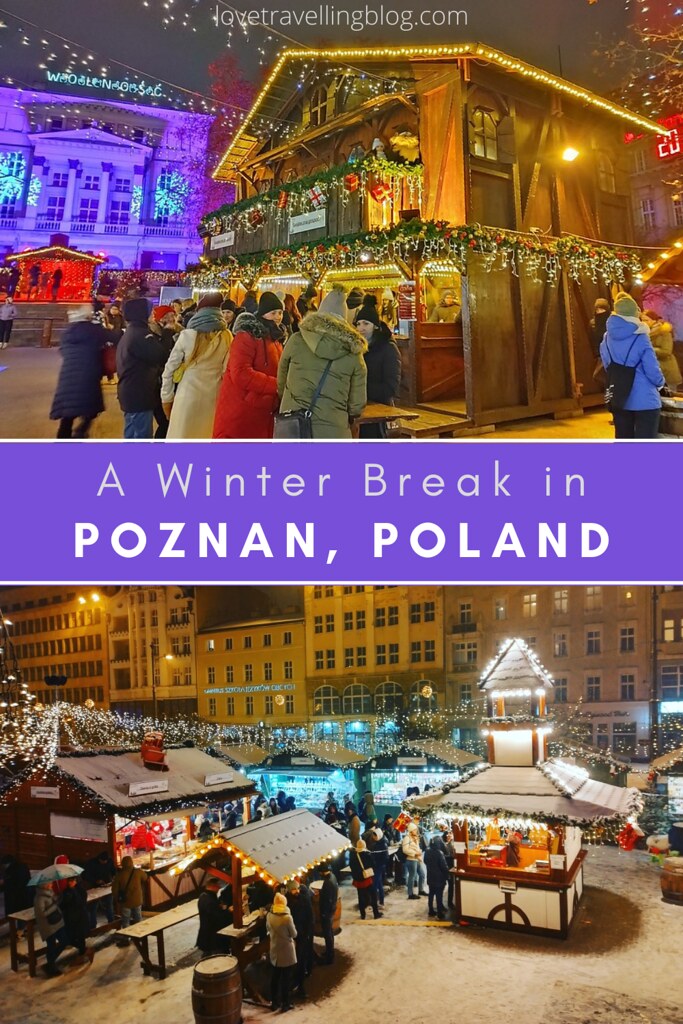