After spending the previous day exploring Clifton Village, we turned our attention to Bristol’s vibrant harbourside with a visit to Bristol’s No.1 attraction the SS Great Britain (standard admission £16.50 including unlimited return visits for a year).  Launched by Prince Albert in July 1843, she was at that time the largest passenger ship in the world and was built by Isambard Kingdom Brunel (1806-1859).

Since 1839, when it was decided to construct a transatlantic liner, the Great Western Dockyard has been here.  The bustling atmosphere of a ship being prepared for departure is recreated today with replica horse and carts, trunks and cargo awaiting transportation.  From the dockside we gained our first close up view of the famous SS Great Britain adorned in flags and ready to depart.

Along the dockyard we accessed the dry dock where we strolled on a pathway around her iron hull.  The dry dock has been sealed by a huge water line glass plate surrounding the ship.  To keep the air dry, a giant dehumidification plant helps to retain the atmosphere at a relative humidity of 20% to prevent corrosion.  On one of the information boards I read a sign explaining that the air was actually as arid as that of the Arizona desert.

Continuing our tour, we moved along to the dockyard museum where visitors are taken back in time through SS Great Britain’s history.  Our self guided stroll took us through four time zones with each gallery showcasing the ship’s long life of adventure.

Starting in 1843 with the launch of the luxury liner, the exhibition captures the experiences of the passengers and crew through to the 1850’s when she made 32 voyages carrying emigrants across the world.  In 1880 she was converted from steam to sail and made three voyages to San Francisco.  It was in 1970, after a dramatic salvage operation in Port Stanley on the Falkland Islands that the ship was rescued for the nation and became a major tourist attraction along the Bristol waterfront.  After learning about her history, we were then ready to step on board the SS Great Britain in her fully restored glory.

We began our tour on the upper, weather deck.  Here the space was divided into different areas for passengers travelling first, second or third class.  Only first class passengers were allowed to cross a white painted line behind the mainmast.

On the floor below we explored the promenade deck.  This was an area for first class passengers to socialise, walk and dance without having to get wet or windswept on the open air weather deck.  On either side of this deck we were able to look in some of the first class cabins and observe life on board a luxury liner.

As with cruise holidays today, eating and drinking were a major part of life on board.  In the dining saloon first class passengers dined in style sitting with fellow travellers at long tables eating off the finest porcelain tableware and drinking expensive wines from crystal glasses.

Third class passengers, also referred to as steerage, endured journeys on the lower decks in noisy, cramped accommodation during their voyages to Australia but I’m certain they still had lots of fun and made the most of their time.  We also had an opportunity to view the galley, stores, bakery, forward hold and engine.  In the forward hold, live animals were transported some of which were slaughtered for fresh meat to be used in the kitchens during the passage.

Touring the museum ship was an absolute treat as it is set out with interactive displays and rather than just being able to glance into cabins, kitchens etc. visitors are actively encouraged to step inside and relive the voyage.  I was also pleasantly surprised to find how accessible each part of the ship was.  Over the years I’ve visited numerous museum ships where it’s been necessary to clamber up and down steep narrow stairways and although I haven’t found it problematic, it could be for some visitors.  Don’t let that dissuade you from touring the SS Great Britain and enjoying life on board the ship.

Since our previous visit to Bristol a new museum ‘Being Brunel’ has opened at the attraction.  This celebrates Brunel’s life and work with six galleries containing personal artefacts and insights into the life and work of one of our greatest engineers.

Standout features include an 8m tall model of Brunel’s head complete with his trademark top hat and cigar.  The museum incorporates Brunel’s original and fully restored dock office from the Great Western Dockyard.  His other feats of engineering are highlighted including the Clifton Suspension Bridge, The Great Western Railway, Box Tunnel and Paddington Station.

From a jetty close to SS Great Britain we then took a boat tour with Bristol Packet Boat Trips.  Tours of the harbour in glass topped boats are 45 minutes long and cost £7.50.  We enjoyed a relaxing boat trip taking in the city views  from the perspective of the water.  The tour includes a live commentary pointing out all the notable landmarks and interesting facts along the way.  There’s a bar on board serving hot and cold drinks adding to a pleasurable trip.

Our busy morning of sightseeing had left us feeling hungry so we popped along to Cargo at Wapping Wharf for some lunch.  This vibrant area is located between the main harbour and the New Cut, an artificial waterway completed in 1809 to divert the River Avon.  There’s an eclectic mix of small, independent shops, bars and cafes some of which are housed in converted shipping containers with glass frontages and terraces.

After a leisurely lunch we were ready to visit our final museum of the weekend at M Shed, which is located on Prince’s Wharf next to Cargo (admission free).  The museum is housed in a dockside transit shed formerly occupied by the Bristol Industrial Museum.  MShed is divided into four sections with the first gallery focusing on Bristol Life exploring ways in which people experienced local life over the centuries.

We then continued on to the Bristol People Gallery which focuses on the ways that people have shaped the city and their experiences.  This gallery highlights how Bristol has transformed over time and showcases the discoveries that have been made in and around the city.  Upstairs in the Bristol Places Gallery we explored the activities past and present that made Bristol what it is.  We learnt about the city’s trading past and its involvement in the transatlantic slave trade.

On the top floor there is a viewing deck and temporary exhibition space.  The first of these exhibitions which had only recently opened was The Colston Statue – What next?  The statue has gone on display after being pulled down during a Black Lives Matter protest on 7th June 2020.  Edward Colston (1636-1721) was an English merchant who was involved in the Slave Trade with Bristol’s Society of Merchant Venturers.  During his lifetime he gave large amounts of his money to charity, both locally and nationally and bequeathed more in his will.

One year on, the statue now forms the start of a city wide conversation about its future.  Alongside the battered statue are a selection of placards from the protest together with a timeline of the key events leading up to it being toppled.

A second exhibition, Vanguard – Bristol Street Art had also just opened (26th June – 31st October, admission £8) exploring the instrumental role that Bristol played in the development of street art.  We found this very interesting as the previous day we had viewed Banksy’s Bristol street art on the self guided Where the Wall tour.  The exhibition brings together one of the largest collections of original artwork and associated memorabilia but as photography is not permitted, I’m unable to include any in my post.

Our weekend in Bristol was nearing its end but there was still enough time to explore the old part of the city and of course, the shops.  We started off by walking through Queens Square which is surrounded by mature trees and elegant Georgian buildings.

From there, we continued along Welsh Back, a cobblestone street by the river where dockside warehouses have now been converted into attractive bars and restaurants.  Soon we had reached King Street with its quaint old buildings, most of which are now popular pubs.

At one end is the St. Nicholas Market housed in the former Corn Exchange.  The market is packed with stalls selling handmade and quirky items.  At one side is the Glass Arcade where the delicious aroma of street food filled the air.  Leaving the market area, we then spent our final hour in the city looking around the huge Cabot Circus shopping centre before returning home.

During our weekend in Bristol we were guests of Visit Bristol and Your Apartment and as always, all views and opinions are entirely my own. 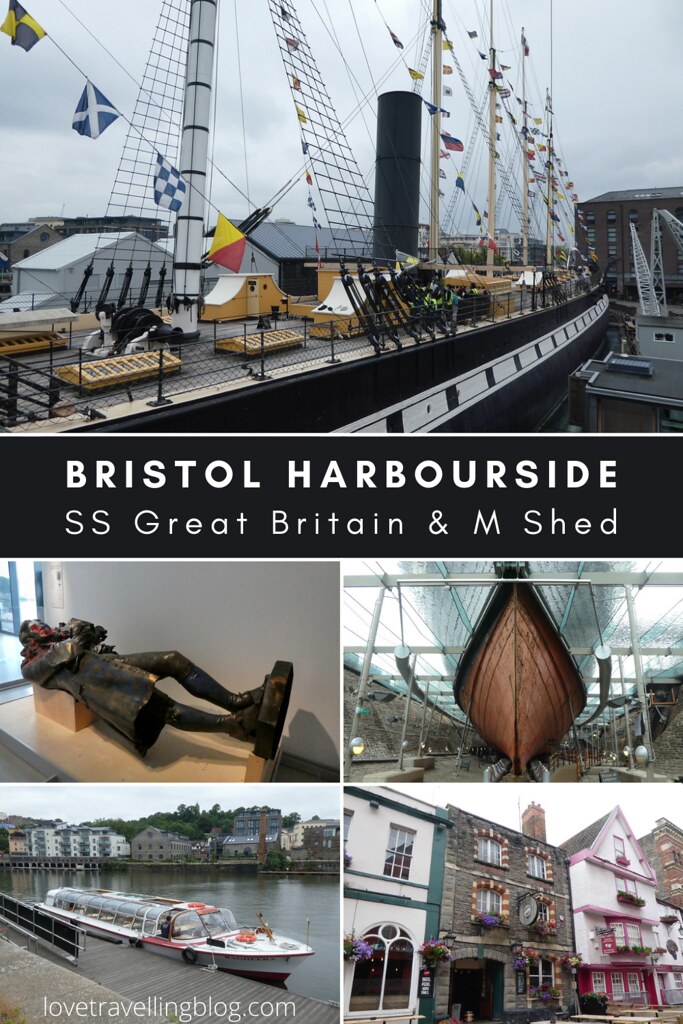