We were up bright and early as we had planned to spend the day in neighbouring Bath, 10 miles (16km) from Bristol.  Getting there was easy as trains depart frequently from Bristol Temple Meads taking just over 10 minutes to Bath Spa station, adult off-peak day return fares are £8.60.

From the moment we left the station and wandered towards the city centre, we thought that Bath was absolutely beautiful with its stylish Georgian architecture.  Passing through Milsom Place, we could easily have been tempted into looking in some of the smart, sophisticated stores but that needed to wait until later in the day as we had lots of sightseeing planned first.

In the heart of the city stands The Roman Baths, a well preserved Roman site for public bathing.  As it is one of the finest historical sites in Europe we decided to visit there early before it became crowded later in the day.  After obtaining our tickets (adult admission £15.50) which come with useful audio guides, we made our way to the terrace which overlooks the Great Bath.  Surrounding the terrace are Victorian statues of Roman emperors and governors of Britain.  The views, both looking down into the Great Bath and of the city centre are stunning.

Continuing our tour below modern street level the Roman Baths are divided into four main sections, the Sacred Spring, the Roman Temple, the Roman Bath House and the museum.  A gallery on ‘Meet the Romans’ takes visitors into the Roman town of Aqua Sulis where we found archaeological ruins, artefacts and models of the Roman temple.

Having viewed the Great Bath from above, we were able to walk around the edge of the steaming pool, filled with hot spa water and view the magnificent centrepiece of the Roman Baths.  The water that flows into the Roman Baths is considered unsafe for bathing and visitors are not permitted to enter the water, however the recently constructed nearby Thermae Bath Spa allows visitors to bathe and experience the waters.

Near the exit there is a spa water fountain from which visitors can taste the water containing 43 minerals that’s been used for curative purposes for more than 2,000 years.  I would suggest allowing two hours for a visit to the Roman Baths, to be able to see everything without needing to rush.

After leaving the Roman Baths we crossed Abbey Square to visit Bath Abbey which was founded in the 7th century but did not resemble what we see today until 1499.  There is no admittance charge to visit the Abbey but donations are welcome and help towards the upkeep of the building.  The interior is stunning, having some beautiful stained glass windows and a fan vaulted ceiling.

Tours of the tower take place each hour and as one was about to start, we decided to join the other 6 people and climb more than 200 stone steps which are enclosed in a narrow spiral staircase.  The climb is broken down into manageable chunks with a pause part way up to look in the bell ringers room and hear a short history of the abbey’s bells.  Next, we were taken into a tiny room hardly bigger than a cupboard, where we actually sat behind the clock face and moving on a little further, we inspected the bells themselves and watched as one of them struck the half hour.

On reaching the Abbey roof we had splendid views over the city and our helpful guide was on hand to answer any questions.  The tour lasts around 50 minutes and costs £6 which I thought was good value.  I would recommend climbing the tower if the weather is good, bags can be left in a locked room as it would be difficult to navigate the staircase with bulky items.

As the sun was shining we then decided to have a walk beside the river and take a look at Pulteney Bridge which crosses the river Avon.  It was completed in 1774 in Palladian style to connect the city with the newly built Georgian town of Bathwick.  It was a pleasant stroll along the riverbank as we passed the weir and returned to the other side of the river via the next bridge a little further downstream.

It was then time to pop into a cafe for some sandwiches and coffee and after a little rest we were ready to continue exploring the city.  Our next stop was to the Bath Postal Museum which is a small museum dedicated to the postal service.  I am very fond of anything post related and was keen to visit this museum which included a reconstructed Victorian post office, a collection of heritage post boxes and some cabinets containing old stamps.  I thought that the £4.50 admission price was perhaps a little high for the size of the museum but it did contain some interesting exhibits.  It’s located beneath the existing post office on Northgate Street and has limited opening hours.

A walk through the shopping centre followed as we made our way to the Assembly Rooms which house the Fashion Museum.  Entrance to the museum is £9 but a combined ticket can be purchased which is better value if you are also wishing to visit the Roman Baths.

The Assembly Rooms are a splendid Georgian building where guests came to dance, listen to music and play cards, they are now owned by the National Trust and admittance is free.  The Fashion Museum is located on the lower ground floor and is one of the world’s top 10 museums of fashionable dress.  Exploring the galleries, we found everything from Georgian gowns to the latest designer trends.  Included with the ticket was an audio guide which was useful when more information was needed on a particular garment.  There’s also a dressing up room with large mirrors if you fancy seeing yourself in a Georgian ballgown or other outfit.

From the Assembly Rooms we consulted our map once again and made our way over to view some of Bath’s finest Georgian architecture at the Circus and Royal Crescent.  Originally known as the King’s Circus, the Circus is a circle of townhouses divided into three curved segments and arranged in a circular shape.  We sat down for a few minutes on one of the benches in its central gardens admiring the buildings before continuing a little further to the Royal Crescent.

The Royal Crescent is a row of 30 terraced houses laid out in a sweeping crescent and is believed to be one of the finest examples of Georgian architecture in the U.K.  Standing on the corner is No.1 Royal Crescent, a museum that has been furnished as it might have been during the period 1776-1796.  It was an hour before closing time when we arrived, but there was still ample time to tour the house and being late in the day, we had the museum more or less to ourselves.

Instead of guided tours, a member of staff is available in each room to answer questions and provide useful insights into how the room may have been used.  The museum is spread over several floors and includes the kitchen and scullery below stairs.  We found the staff to be very helpful and informative and were pleased that we decided to visit.  Standard admission is £10 with concessions available.

Thankfully, it was a downhill walk back into the centre of town, where we glanced in some of the fashionable shops before returning to the station for an early evening train back to Bristol.  It would have been nice to sit down on the train but as it was crowded when we boarded, we had to stand for the short 10 minute journey.

We had a lovely day in beautiful Bath and were fortunate to experience the city on such a sunny, winter’s day.  Bath has so many cultural highlights that it wouldn’t have been possible to see them all in one day so I’m certain we will be returning before too long to see even more.

City break in Bristol and Bath 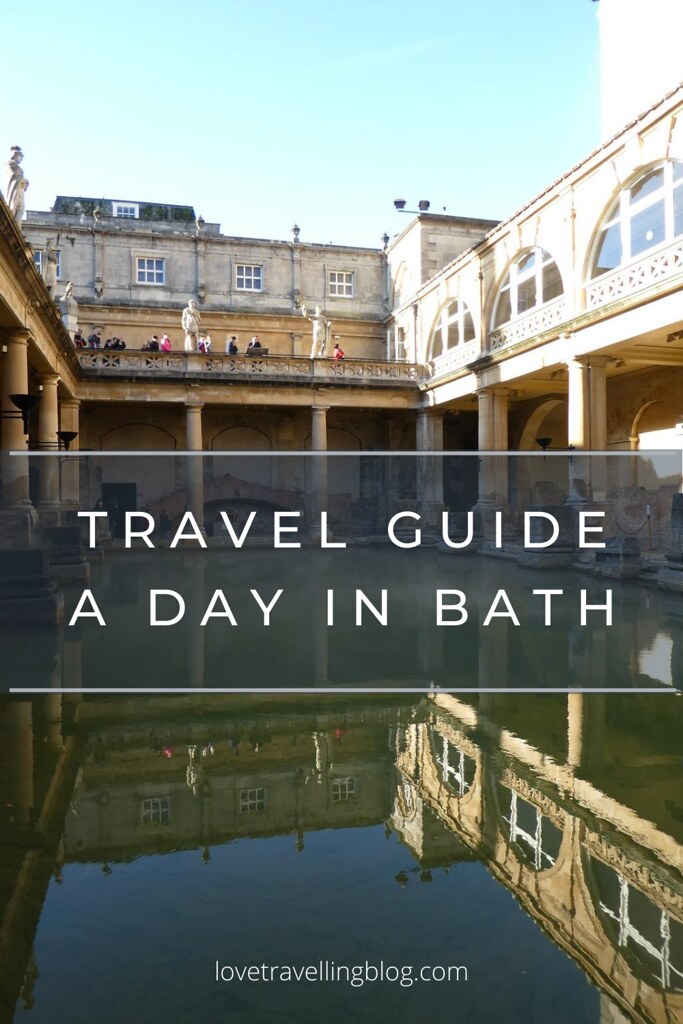