We’d planned a return visit to the city of Bristol, this time in midsummer making it a complete contrast to our festive break in the city a little over three years ago.  Summer it might have been, but with the weather forecast predicting heavy rain all weekend we had come prepared.  Bristol is located in southern England and is easily accessible by road with both the M4 and M5 motorways serving the city together with good rail links across the country from Bristol Temple Meads Station.

It was around 3.00 p.m. when we opened the door into the stylish apartment that we had kindly been invited to stay in by Your Apartments.  Located in the desirable suburb of Clifton with its rows of Georgian townhouses, our spacious accommodation felt like a luxurious home from home as it came equipped with everything we could need, and more.

After settling in with cups of tea and a quick catch up on what was happening in the European football championships, we were ready to start exploring.  Leaving the apartment it was just a fifteen minute downhill walk to the harbourside.

Just before reaching there we paused at the foot of Park Street to admire Bristol’s historic 12th century cathedral located on College Green.  This pleasant open space covers over two acres and is also home to the impressive City Hall, a neo-gothic curved building featuring a mirror pool which beautifully reflects the summer bedding plants bordering it.

Bristol Harbourside was once a busy dock where merchants and sailors met to trade goods and has been transformed into a vibrant area with numerous bars and restaurants in the former dock buildings all with outdoor terraces overlooking the harbour.

Despite it being late in the evening we were able to take advantage of the long daylight hours to continue our walk along the floating harbour after finding a cosy restaurant to enjoy a meal.  Our stroll took us along the north bank of the harbour passing the elegant crescent shaped headquarters of Lloyds Bank with its large amphitheatre built for concerts and festivals.  Unfortunately it wasn’t possible to include a photo of the building as it was surrounded by a large number of television vehicles as some filming was taking place.

Across the water, the masts and rigging of SS Great Britain came into view and we looked forward to the prospect of touring this famous ship later in the weekend.  Continuing slightly further we could see a row of colourful cottages clinging to the hillside and some canal boats moored in the floating harbour.  On the water itself a rowing eight were out practising from the nearby boat club so we paused awhile to watch them.

Glancing at the time, we then decided that we still had time to walk up to the top of Brandon Hill before it went dark.  It didn’t actually take very long to reach Bristol’s oldest park but it was a steep climb up several flights of stone steps.

It was worth the climb as even in the dim light there were some splendid views through the trees across the city and over the harbour.  Standing proudly on the hilltop is Cabot Tower which was paid for by public subscription and erected to commemorate the 400th anniversary of John Cabot’s voyage from Bristol to Newfoundland, Canada in 1497.

The previous year Henry VII had given Cabot the task of finding the quickest trade route to Japan and China and he made history when he crossed the Atlantic in his 78ft ship The Matthew and hoisted a flag on the North American shore.

Both he and Christopher Columbus believed sailing west would take them to Asia as they were not yet aware of America.  Cabot thought he had discovered an island off the coast of Asia but as he had reached land he named it Newfoundland.  The tower is currently closed but is usually open daily with free admission and on a clear day must be one of the best places in the city to enjoy far reaching views.

It was then falling dark so we returned to our lovely apartment and enjoyed a bedtime drink before sliding between the sheets of our extremely comfortable bed and falling asleep in seconds.  To be continued. 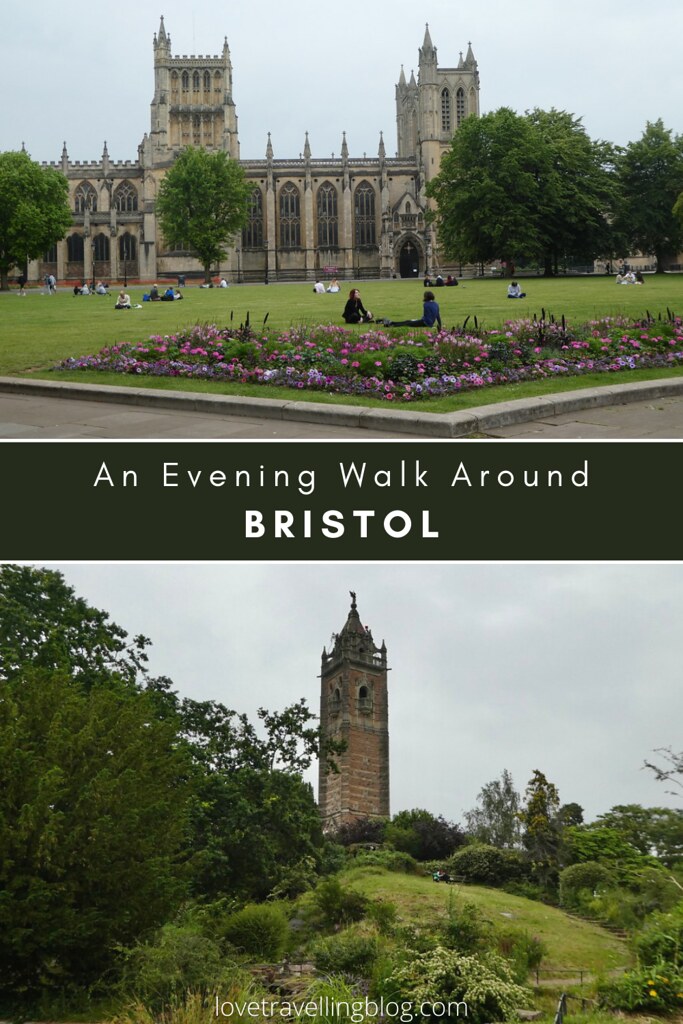 48 thoughts on “Day 1. A weekend in Bristol – first evening walk”