Durham is a small city nestled on the banks of the River Wear in the north east of England.  It’s famous for its Norman cathedral, 11th century castle and world renowned university, with this part of the city designated a UNESCO World Heritage Site.  In his book ‘Notes from a small island’ Bill Bryson called Durham a perfect little city and we were excited to be following in his footsteps and exploring the city for ourselves.

The city is easily accessible by road, just off the A1M at Junction 62, and by rail as it is on the East Coast main line.  We enjoy travelling by train and arrived into Durham around lunchtime on an LNER inter-city service.  The station lies on top of a steep hill but help is at hand for those not wishing to trundle their luggage downhill as the Cathedral Bus operates Monday – Saturday around the city centre and up to the cathedral at just £1 for a day ticket.

After dropping our bags off at the hotel we headed to The Riverside where we found a selection of bars and restaurants for a spot of lunch overlooking the River Wear.  Feeling suitably refreshed, we made our way to the Market Place which looked attractive in the afternoon sun.  In the middle of the square stands a larger than life statue of a man on a horse.  To be more precise, it is of Charles William Stewart, 3rd Marquis of Londonderry, 1778-1854.

On the eastern side of the square is the Church of St. Nicholas which was built in 1858 to replace an earlier church from the 12th century sharing the same name.

We’d come to visit the Town Hall next door to the church which offers free admission and is open from 10.00-3.00 p.m. Wednesday – Saturday.  Tours are self-guided with helpful members of staff on hand to point out artefacts and provide more information.

The Town Hall has been a central part of Durham’s history since 1350 and has recently re-opened following refurbishment works.  The Great Hall built in a 14th century Gothic style drew inspiration from Westminster Hall in London with its 16 metre high hammer beam oak ceiling.  It also features a beautiful stained glass window at the rear of the hall depicting bishops who granted charters to the city and of Durham Cathedral and its people.

The Mayor’s Chamber was the official meeting room of the city council and is resplendent with oak panelling and portraits of former mayors and civic dignitaries lining its walls.

Other displays showcase colourful local characters such as Joseph Boruwlaski (1739-1837). the 3ft tall ‘Little Count’ who retired to Durham in 1790 after performing at the grandest Royal courts of Europe.  There’s also the bell from Durham’s adopted ship the HMS Invincible which was deployed as an aircraft carrier during the Falklands War.

The Guildhall connects to the Town Hall and is usually open to the public but at the time of our visit renovations were taking place and it was shrouded in scaffolding.

Adjacent to the Town Hall and Guildhall is Durham Market Hall, home to more than 40 independent traders with many of the stalls remaining in the same hands for generations.  The market was established in 1851 by an Act of Parliament and continues to operate as one of the few privately owned markets in the U.K.  Opening hours 9.00 -16.30 Monday to Saturday.

We enjoyed a wander around finding everything from fresh fruit and vegetables to second-hand books, street food and candles.  The attractive Victorian hall is light and airy and has a pleasant cafe up on the balcony offering views of the traders below.

After leaving the building we spotted some brightly coloured umbrellas adorning the Prince Bishops shopping centre which looked very photogenic.  This art installation was inspired by a similar public art display in Agueda, Portugal which has been copied around the world bringing a pop of colour to our high streets.

Our stroll continued along the narrow pedestrianised Silver Street as far as Framwellgate Bridge, a medieval stone arched bridge crossing the River Wear.  At the far end of the bridge we accessed the riverside path via a flight of stone steps and enjoyed a stroll under the shade of the trees whilst walking upstream.

From the riverbank there are splendid views of the 900 year old Durham Castle which was built by William the Conqueror and is now part of Durham University.  The pathway follows the river around the peninsula passing an old corn mill and a school boathouse where there are benches to sit and take in the dramatic views.

It wasn’t long before we had reached Prebends Bridge (1778) where we crossed the river.  On the bridge there is a stone plaque inscribed with a verse by Sir Walter Scott taken from “Harold the Dauntless”.  It was in 1827 that Scott was a guest of the Bishop of Durham at a dinner held in honour of the Duke of Wellington which inspired his verse.

After crossing the bridge we left the riverside returning to the centre along The Bailey.  Both the North and South Baileys are among the most attractive and historic streets in Durham and form part of the World Heritage Site.

The Bailey formed part of the enclosure of the Norman Castle with some of the properties occupying the remains of the castle walls.  The houses were originally owned by the military who maintained the castle but by the 17th century the location high on a hill away from the hustle and bustle of the city centre became a fashionable neighbourhood.

Nowadays the main occupants of the South Bailey are St. John’s College and St. Cuthbert’s Society both of which are associated with Durham University.  It was our plan to visit the cathedral and explore this part of the city in greater depth the following day so we continued downhill to Elvet Bridge, the second oldest after Framwellgate which we had crossed earlier.

This narrow bridge was a hive of activity with bars and restaurants spilling out onto the pavement along the edge of the bridge.  It was so nice to see so many people out and about enjoying the balmy weather.  At the far end of the bridge, my eyes lit up when I spotted the Tin of Sardines Gin Bar.

This is one of the smallest gin bars in the world and with COVID social distancing rules still in place, can currently only accommodate 13 people.  Fortunately, the weather couldn’t have been better and we were able to find an outdoor table to enjoy a refreshing gin and tonic from their vast selection of 230 different types.

From the bridge we watched people enjoying a leisurely row along this idyllic stretch of river in such perfect, still conditions.  Brown’s Rowing Boats operate from beneath Elvet Bridge between March to September (£7.50) per person.

After eating dinner we set off again, this time to visit Wharton Park, located high on a hill just above the railway station.  It was a bit of a climb up to the park but worth the hike as there are spectacular skyline views of the cathedral and across the city.

In 2016 the park re-opened after a £3m restoration programme with the inclusion of a splendid open air theatre with stage and seating carved out of the grassy slopes.  Winding paths lead through the gardens to a heritage centre and cafe.  The well equipped park also boasts a putting green and miniature car track (currently closed).

Thankfully it was then all downhill back to the centre and we were soon back at our hotel reflecting on what a lovely start to the weekend it had been with such beautiful weather.  To be continued.

York – What to See and Do 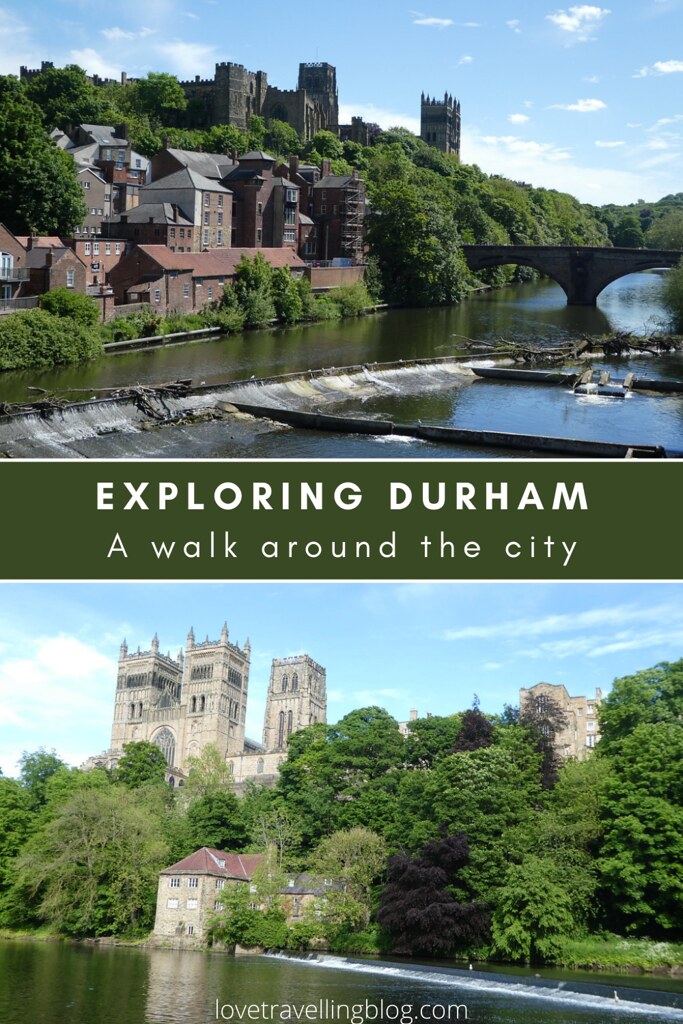