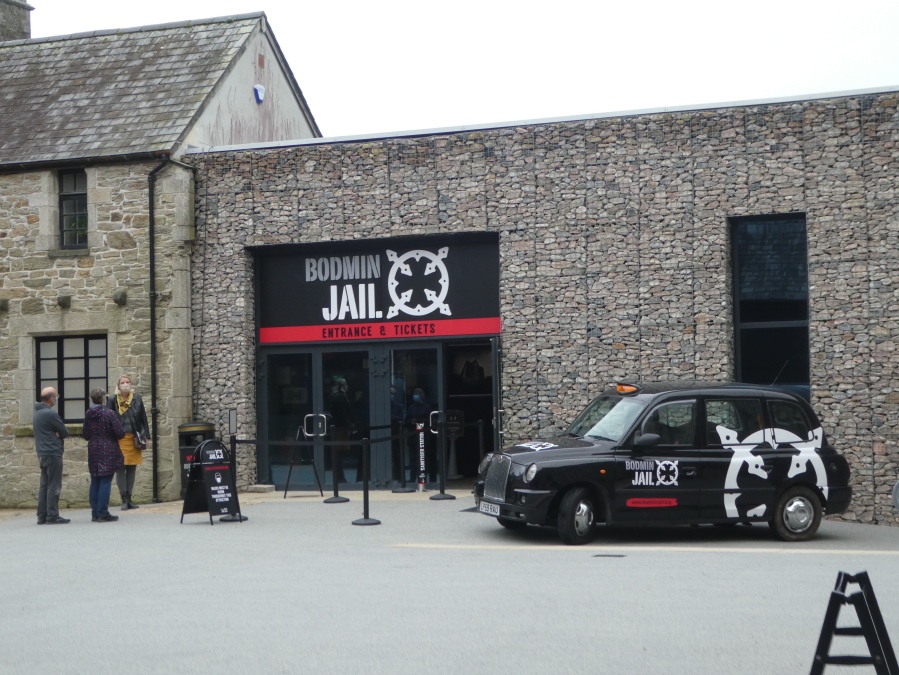 The time had flown by and before we knew it, we had already reached the halfway point of our 10 day Cornish road trip.  After enjoying a final breakfast in the bar of the John Francis Basset Hotel where we had been staying, we packed up the car and were soon on our way to Truro.

Truro is Britain’s most southerly city and the county town of Cornwall.  It was a dull morning but the drizzle didn’t damper our spirits as we parked the car and set off to find out what the city had to offer.  As we walked into the centre, we passed under a viaduct carrying trains between London and Penzance.  Truro is very accessible as it is on the main line connecting with all parts of the country and the city is also the starting point for the Maritime branch line to Falmouth.

We had booked a timed entrance slot for the Royal Cornwall Museum and visited there first.  Despite being early, we were able to look around straightaway.  The museum is open Tuesday-Saturday and offers free admission.

It occupies the former buildings of the Truro Savings Bank and the Truro Baptist Chapel which are both of neoclassical design.  The exhibition areas are arranged over two floors centred around an impressive galleried hall.  There’s a diverse range of artefacts documenting Cornwall’s heritage and its links to the wider world.

A centrepiece in the main hall is a luxurious 300 year old coach that belonged to the Spanish ambassador in London.  When the family returned to Cornwall in 1750, it’s hard to believe that the journey would have taken almost a week compared to today when it can be completed in around five hours.

After leaving the museum we dodged the showers looking around the shops.  Despite the poor weather, we found Truro to be a likeable small city with a prosperous feel.  Along with the main shopping streets radiating out from the cathedral, there are several narrow alleyways lined with interesting small independent shops and cafes.  Seasalt, selling clothes and accessories is a favourite of mine and as there was a branch in Truro, I felt duty bound to take a look.  It’s pleasing to find that they have now expanded and are to be found in other towns up and down the country.

The three spires of Truro Cathedral dominate the city’s skyline and the church is to be found in the heart of the city overlooking the cobbled square known as High Cross.  The cathedral was designed by John Loughborough Pearson who is credited for his reintroduction of the medieval art of vaulting.  Construction was completed in 1910 and it is one of only three cathedrals in the country to have three spires.

There is no charge to visit the cathedral and as we were walking around, a retired member of the church clergy came over to introduce himself.  It’s a small world as he told us that many years ago, he had been vicar of a church three miles from where we live, which is a long way from Cornwall.  He explained to us that the building sits on the site of the 16th century Church of St. Mary and that the south aisle of the former church was incorporated into the cathedral’s south east corner.

After looking around a little more ourselves and admiring the Cathedral’s exquisite stained glass windows and high altar we ventured back outside and as it was still raining decided to find somewhere for lunch.

Lemon Quay seemed to be the hub of activity with a market taking place in the centre of the plaza surrounded by an assortment of shops, bars and cafes.  We enjoyed a bite to eat in the cosy Tny Dowr pub.  We were intrigued by its unusual name which we discovered is Cornish for ‘three rivers’ as Truro stands on the Kenwyn, Allen and Glasteinan rivers.  We then walked off our lunch with a short stroll by the riverside which we accessed from Lemon Quay via an underpass quite close to a large supermarket.  Along here there were some lovely views of the city and its spires.

We then returned to the car through the Victoria Gardens which were built to commemorate Queen Victoria’s diamond jubilee in 1897.  They are are laid out on a south facing slope leading down to the river.  The water supplying the park’s fountain, pond and waterfall is fed from a Victorian water pump which raises water from a millstream.

Back in the car, we continued on to Bodmin which was to be our base for the next four nights.  We’d reserved a room at the Premier Inn on the outskirts of the town, so we checked in there, made ourselves a quick cup of tea and then set off to discover what life was like in a Victorian prison.

The Bodmin Jail Experience is a newly opened visitor attraction in the former Victorian prison built in 1779 for King George III as part of the prison reform.  It’s located on the edge of the wild and rugged Bodmin Moor, a place that was thought to be so secure that it safeguarded the Crown Jewels, the Domesday Book and state papers during the First World War.

The prison set a new standard in design with its individual cells, hot water and segregated male and female areas Bodmin began to form the new ideal for prisons throughout the country.  For most of its life it was used as a debtor’s prison until 1869 when imprisonment for debt was abolished.  The Royal Navy then occupied an entire wing of the prison and we were eager to discover more about its dark history during the period until it slammed its doors shut for the final time in 1927.

We’d pre-arranged a timed entry slot of 4.00 p.m. and joined four other people for the interactive part of the tour.  We were led into the Dark Walk, transporting visitors back to Cornwall’s murky past through a series of theatrical special effects spaces.  Here we learnt of what life would have been like in the 18th and 19th century for Cornwall’s poorest.  There were tales from characters including highway robbers, smugglers and warders.  Visual effects have been imaginatively designed to create an immersive experience suitable for all ages and with a real life judge it almost felt as if we were in the courtroom ourselves.

After completing this part of the tour we were then able to proceed at our own pace through the prison’s original Naval Wing.  Peering into the cells, we witnessed the gruelling conditions and harsh treatments the prisoners endured.

Next, we explored the Administrative Block where we delved into the history of those who worked and lived at the jail.  The tour ends with a visit to the execution chamber where 55 hangings took place within its formidable walls, the last one in 1909.  Some of the executions took place for what today we would call petty offences whilst others were for crimes such as murder and theft.

Work is nearing completion on a luxury hotel in the main prison block which is scheduled to open in May 2021 breathing new life into a derelict building yet retaining many of its original features.

During the evening we ate out in a former Wesleyan chapel on Bodmin’s main street.  It was named the centenary chapel (Chapel an Gansblydhen in Cornish) as it was built in 1840 to celebrate 100 years of Methodism.  Since the church moved to new premises down the road, it has been tastefully transformed into a cosy pub with a real log fire alongside the original church organ. 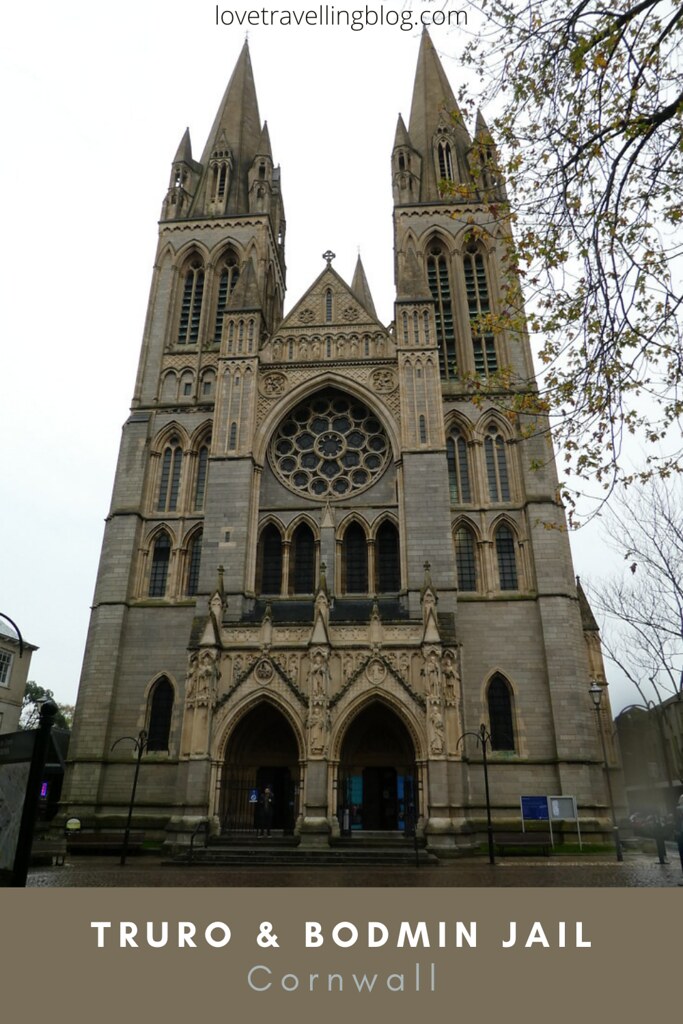