We’d both slept like logs in our cosy room at The Percy Arms in Chilworth and after enjoying a delicious cooked breakfast sat in the bay window of the charming country inn we drove into nearby Godalming.  The small town benefits from several town centre car parks and we easily found a space in the Crown Court pay and display conveniently located between the high street and the riverside (£3.60 for three hours).

The picturesque town lies four miles from Guildford and stands on the banks of the River Wey.  In the 16th century Godalming was famed for its booming wool industry but when this went into decline the town managed to reinvent itself and become known for making stockings.  Lying just across the river is the world famous Charterhouse School which was founded in London in 1622 before moving to its present site in Godalming in 1872.

We began our walk around the town along its delightful high street lined with numerous timber framed buildings.  The high street was once part of the main road between London and Portsmouth and its quaint pubs were former coaching inns where travellers would stop to eat and rest overnight.

At the top of the street stands the Pepper Pot, an unusual structure that has come to symbolise the town.  It takes this name because its cupola is said to resemble a Georgian pepper pot.  The building was the former town hall replacing an earlier timber framed building on the same site which was the market house.  The Pepper pot incorporates its original bell which chimes on the hour.  On market days (Tuesday and Saturday) the undercroft is still utilised as a small market which was taking place at the time of our visit.

Slightly further down the road we came across Godalming Museum (admission free).  Its interesting galleries tell the story of the town’s links to the ill fated Titanic and the fascinating fact that in 1851 Godalming was the first place in the world to have public electric street lighting.  The lamps were lit by a Siemens alternator driven by a water wheel.  Despite many townsfolk believing this to be a risky experiment, the street lighting gained widespread interest with larger installations soon following in both Norwich and Chesterfield.

It was pleasing to find so many small family run shops still operating in the town including a butchers, fishmonger and greengrocers.  There’s also a good mix of high street favourites, small independents, pubs, restaurants and cafes making for a very attractive place to spend a few hours.

After exploring the town we followed signs to the riverside for a short walk along the meandering banks of the River Wey.  The Phillips Memorial Park overlooks the waterside with a Victorian bandstand and cloister.  The park was named after John George Phillips who was Chief Wireless Telegraphist on the infamous RMS Titanic which sank on its maiden voyage when it hit an iceberg in 1912.

Phillips who was from Godalming, steadfastly remained at his post sending out distress messages in Morse code whilst the ship sank.  The people of Godalming remember him in several ways with a memorial cloister being constructed the following year through public donations to commemorate his selfless act and later a town centre pub was named in his honour.

After popping into a cosy cafe along the High Street for a spot of lunch, we returned to the car to drive the short distance to the village of Milford to visit Secretts, a local farm shop.  This award winning store on Chapel Lane is a must for all foodies with its wide range of gourmet food offerings.

Set on a 150 acre farm, the business was established in 1938 and produces a wide range of heritage fruit and vegetables.  There’s ample free parking, with the grounds having a duck pond and seasonal pick-your-own fruit and veg starting in April with the asparagus season, followed by rhubarb and soft fruit such as strawberries and raspberries.

The traditionally styled farm shop contains a vast range of products displayed in an appealing manner with a huge selection of cheese, meat, fruit and vegetables.  There’s a cafe on site and with the grounds having picnic tables it would be a lovely place to visit on a warm summer’s day to pick up some goodies from the shop and then enjoy them outdoors.

Moving on from there, we then set our SatNav for Puttenham so that we could visit an English vineyard for the first time.  Greyfriars Vineyard is located on the outskirts of Guildford on the sunny, gently sloping south facing slopes of the Hog’s Back.  The Cellar Door wine shop is open year round whilst tours of the vineyard take place from April through to autumn.  At other times visitors are welcome to collect laminated maps from the shop and follow a self-guided tour leading around the estate.

Despite it being mid-winter with little to see on the vines, one of the team members Aaron welcomed us to the vineyard and showed us around.  He suggested we pop on our boots as it could be quite muddy in places so we returned to the car for them then followed him on a tour of the vines.  We were taken to view the Old Plot first, so named because this is where the original hobby vineyard was planted in 1989 by the original owners Bill and Phil who were both vets.

Now a little over 30 years old, its 1,500 Old Plot Chardonnay vines are used to produce Greyfriars Blanc de Blancs sparkling and Noor still wines.  Moving on, Aaron then showed us the newer vineyards on the other side of the main buildings.  He explained that these were added when Greyfriars was taken over by its current owner Mike Wagstaff, a geologist, and his wife Hilary who along with brother-in-law David Line set about expanding the vineyard.

Whilst we walked around, Aaron explained that the chalk geology of the North and South Downs is the same as that in Champagne, France making it ideal for growing Pinot Noir and Chardonnay.  Alongside this, the climate of southern England is sufficiently warm and dry to produce high quality English sparkling and still wines.  The vineyard produces world class English sparking and still wines which have achieved recognition, scooping numerous awards with most recently its Pinot Noir Rosé Reserve taking gold at the 2021 International Wine Challenge.

After concluding our tour of the vines we were then invited into the newly opened tasting room to sample some of the wines.  The tasting room has been stylishly designed with tables fashioned from oak barrels with a large chandelier hanging from the ceiling made out of Greyfriar’s tasting glasses.

We began by tasting a 2015 Blanc de Blancs which was refreshing with its crisp apple and lemon notes before moving onto the Noor still wine, a blend of Pinot Grigio and Chardonnay with citrus and peach notes reminiscent of the surrounding Surrey Hills.  Both wines were very impressive comparing equally well if not better to ones we usually buy from France and Italy so it’s not surprising that English wine is fast gaining in popularity with an average of 15.5 million bottles produced annually.

Back at the hotel we relaxed in our cosy room awhile before enjoying dinner down in the elegant restaurant.  The Percy Arms is well renowned in Surrey for its grills and steaks so I decided to try one of their 10 oz rump steaks which arrived sizzling on the plate and was oh so tender.

Across the table my husband’s oven baked hake served on a potato cake with samphire was said to be equally delicious and our South African Shiraz hit the spot nicely too.  The end of a lovely day in the Surrey Hills.

Reading – A Walk along the Thames 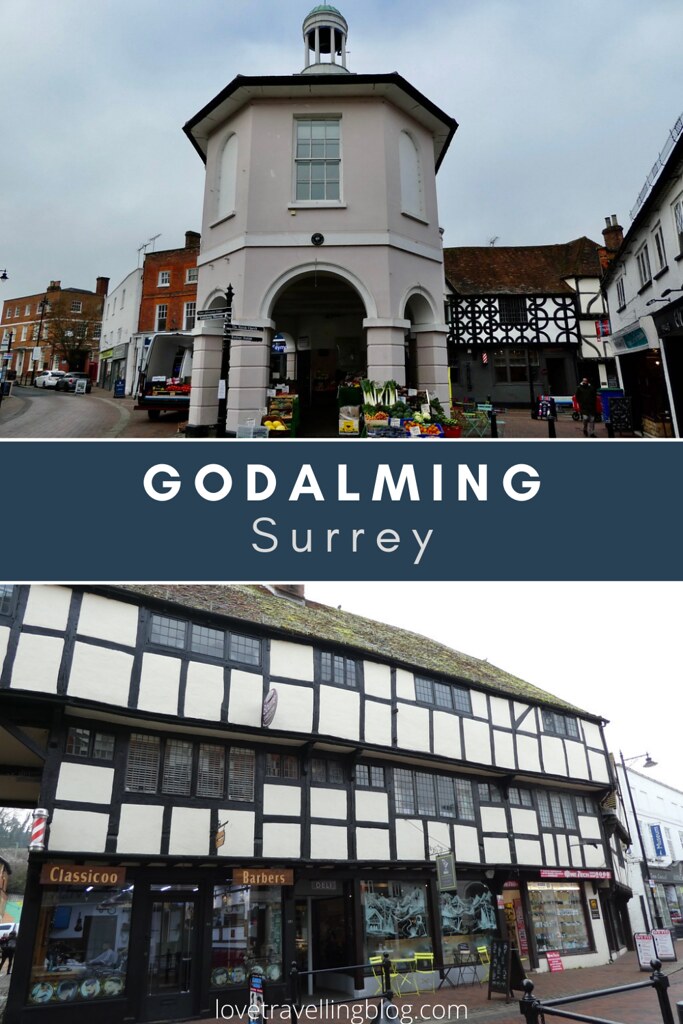