Along with 10 National Parks, England is home to 34 Areas of Outstanding Natural Beauty (AONB).  The Surrey Hills is one of them with its hills stretching across a quarter of the county from the chalk North Downs running from Farnham in the west to Oxted in the East.  The region is approximately 35 miles from London yet is a part of the country that’s unfamiliar to me so I looked forward to spending a few days exploring the area.  Our journey took us across the Hog’s Back, a narrow, hilly ridge forming part of the North Downs.  We’d arranged accommodation in Chilworth, a village three miles south of Guildford and on the way there we took the opportunity to explore several other attractive villages.

The first of these was Shalford where we parked on the edge of the common near to it’s unusual village sign.  We later discovered that the sign was designed in 1922 as part of a competition run by the Daily Mail newspaper.  The winning entry shows St. Christopher carrying the Christ Child over a shallow ford.

The picturesque village contains a a number of high class local shops and the Snooty Fox Cafe.  The village is also home to Shalford Mill, a working water mill until 1914 that fell into disrepair and is now owned by the National Trust.  Had it been open we would have enjoyed looking around as we’d read it contains some well preserved machinery.

Back in the car, it was then just two miles onto the quaint village of Wonersh with its delightful array of black and white Tudor houses along its narrow, winding main street.  Many of these homes have special architectural and historic interest making it a picture-perfect quintessential English village to visit.

There’s a distinctive shelter incorporating a signpost in the middle of the main junction to the village.  It is thought to have been constructed from beams and tiles from Wonersh Park Mansion that had fallen into disrepair in the 1920’s.

Across the road from the shelter stands The Grantley Arms where we called in for a spot of lunch.  The interior is just as delightful as its Tudor façade and it felt cosy sitting by the roaring open fire sipping our drinks and enjoying a tasty snack.

Feeling relaxed, it was then just another short drive to a local beauty spot called the Silent Pool on the edge of the village of Albury midway between Guildford and Dorking.  There’s a free car park located just off the A25 that has a very narrow entrance we needed to negotiate before finding a parking space.

The footpath is signposted and it only took us five minutes to walk along a track which firstly leads to the Sherborne Pond and then continues on slightly further to the spring fed Silent Pool which is surrounded by trees.  Legend has it that the pool is haunted as it has a long history of mysterious happenings.

Thankfully, nothing strange was occurring at the time of our visit apart from the water appearing quite murky.  There’s a small wooden viewing platform to take in the tranquil scene and after pausing to take a photo we decided to visit the Silent Pool Distillery located close by in a converted cowshed.

The distillery has been established seven years and specialises in handcrafted gins giving notes of the surrounding Surrey Hills.  Tours were not taking place on the afternoon of our visit but we were taken to inspect the large hand built copper still where it all started.

It’s fired by a vintage wood steam boiler and still used to produce small batch gins.  As regular readers will know gin is my favourite tipple so I was in my element tasting some of their range, my favourite being the Greengage Gin which was zesty with its contrasting flavours of plum and lemon.

On leaving the distillery we made another short car journey to The Percy Arms in Chilworth where we would be spending the next two nights.  This elegant country pub and grill-house has South African owners who have tastefully furnished the interior with a range artefacts collected from all over South Africa, creating the style of a colonial hunting lodge.  There are just five rooms with each named after one of the Big 5 game animals, our room being Ndlov (meaning elephant).

Our beautifully appointed room featured a king size bed complimented with antique furniture, wool throws and large cushions.  At the foot of the bed there was a decadent slipper bath plus a huge walk-in shower room near the door.  The two windows looked out onto the village centre and we knew we would be in for a relaxing stay.

it was approaching 4.00 p.m. so we thought we would just have enough time to take a stroll along the Gunpowder Heritage Trail whilst it was still light.  Our walk started very close to the pub at Vera’s Path located to the side of the village infant school.  A fingerpost indicates the footpath from Dorking Road which took us across a bridge to the old gunpowder works running alongside the New Cut stream.

We’d made the mistake of leaving our walking boots in the car boot and by the time we realised we needed them it was too late.  The start of the trail was on firm ground but it became increasingly muddy as we made our way along and we needed  to pick our route carefully to avoid slipping and getting splattered in mud.

Several information boards are dotted along the route explaining that the works were built in the first half of the 17th century by the East India Company when it was the only legal producer of gunpowder.  Despite many of the buildings being demolished, there are more than 100 ruins remaining along the trail and these have been designated an ancient monument.  On returning to the Percy Arms we removed our shoes at the door and carried them upstairs so as not to leave a trail of mud in our wake.

It was then time for a relaxing bath before going down to dinner in the restaurant.  The pub is attractively laid out with a stone flagged bar at one end and numerous cosy dining rooms each with a slightly different colonial style.  In keeping with the South African theme there are antler chandeliers and upholstery featuring wild animals.  Over glasses of Shiraz we studied the menu which was very tempting with a combination of classic English dishes along with several South African specialities.

Up to now my travels have not taken me to South Africa but it is somewhere I would love to explore.  I avidly follow the blog Wet and Dusty Roads written by Corna, a South African who documents her travels and love of cooking.  My eyes lit up when I spotted bobotie on the menu as she has mentioned this dish numerous times.  At last I was getting an opportunity to try it, and my husband opted for another South African dish with the unusual name Lamb Bunny Chow.

After enjoying starters of avocado prawn salad and pulled pork boa buns our South African dishes arrived and I savoured every last forkful of my bobotie with its subtle Malay spices and creamy egg based topping.  The recipe dates back to the 17th century when Dutch traders used what we now call Cape Town as a base en route to Indonesia, bringing with them their fruits and spices.

Across the table, my husband was also in raptures about his Lamb Bunny Chow served inside a loaf.  Our waiter told us that this dish originated from Durban and was created by Indian migrant workers using their distinctive hot chillies and spices.  Portions were large so we couldn’t manage a dessert but we did linger at our table awhile longer with cups of coffee before climbing the stairs and falling asleep in seconds, nestled on our plump pillows beneath our goose down duvet.

A day in Winchester 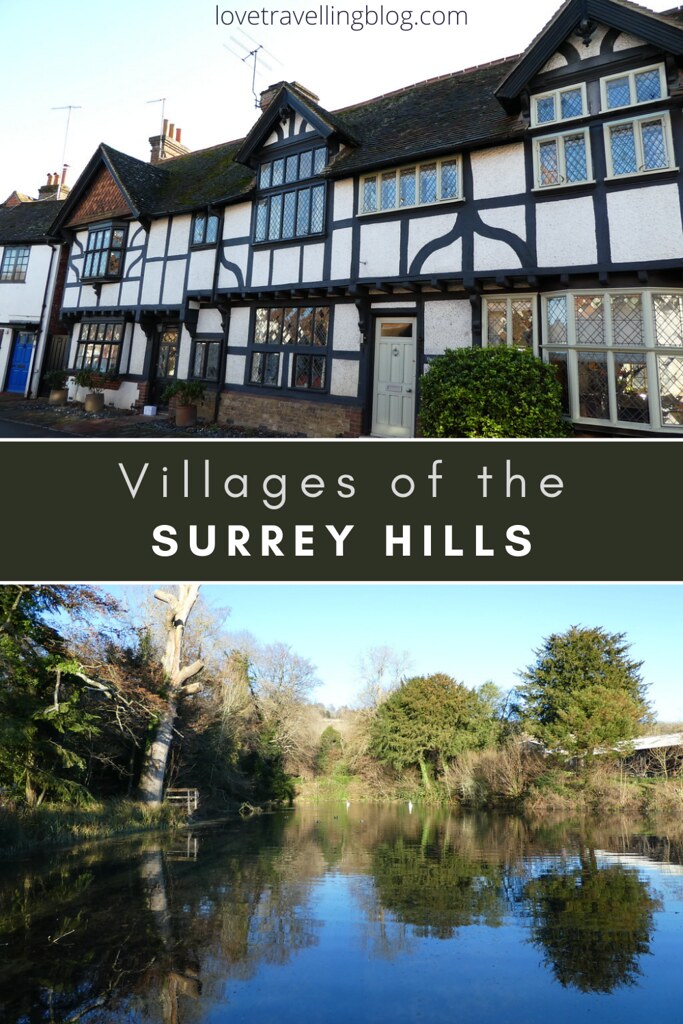