This road trip to Cornwall took place towards the end of October 2020 just before further lockdown restrictions were put in place in the United Kingdom.

With most overseas travel not an option, it has been a perfect opportunity to embrace all that is lovely about England and I couldn’t have been more excited as we packed up the car for a ten day road trip.  Cornwall lies at the south western tip of the country and is noted for its rugged coastline and sandy beaches.  I had vague recollections of a two week family holiday in Newquay as a young child and so I was long overdue a return visit!

On the way, we got our first ever look at Stonehenge as we were held up in slow moving traffic along the road that passes it, so I was able to take a photo from the passenger seat.  It’s stone circle is one of the world’s most famous pre-historic monuments and on 21st June each year visitors from around the world gather to mark the summer solstice.

Our journey continued into Somerset where we decided to spend a few hours in the county town of Taunton as it lies close to the main route into the south west.  Our first stop was at The Museum of Somerset which offers free admission and is housed in the 12th century great hall of Taunton Castle.

The museum tells the story of the county and contains mosaic panels from the Low Ham Roman Villa and Roman silver and bronze coins from the Frome hoard which were only discovered ten years ago.  It’s an interesting museum with artefacts presented in modern galleries which are easy to follow.  There’s also a gift shop and pleasant cafe overlooking the courtyard.

Moving on from the museum, we walked through Castle Green which in medieval times was the large outer bailey of the castle and continued on to Fore Street, the heart of the town’s shopping centre with a wide variety of stores and cafes.

Along here we admired the Tudor Tavern, a three storey half timbered house with intricate patterned stud work.  It was originally a clothiers shop before becoming a grocers.  After lying empty for several years it was bought by Cafe Nero in 2003 who undertook restoration work enabling visitors to the coffee shop to sit in it’s remarkable medieval hall.

At the top of Fore Street is the old market hall, a symbol of how the town was once dependent on its local agricultural economy.  Nearby, we came across historic Bath Place, a charming narrow lane which it is hard to believe was the main route into the town from the west until 1894.

It’s definitely not to be missed as it comprises a near complete set of quaint 19th century shop fronts housing some really nice independent stores and cafes.

Dominating the skyline from afar is the church of St. Mary Magdalene so we went closer to take a look.  This grand perpendicular Gothic church has the tallest church tower in Somerset at 164ft (50 metres).  We didn’t get any opportunity to look inside as it was closed but I’m certain it’s interior is equally impressive.

Taunton is home to the Somerset County Cricket Club which I recognised from television, as it hosts both county and international matches.  We had hoped to visit its museum which documents the history of the club and displays a collection of related memorabilia but as it is run by volunteers all of whom are retired it was closed due to the pandemic.

Instead, we decided to take a walk along the banks of the River Tone which flows through the town.  Information boards indicated that the river is home to a wealth of wildlife including kingfishers, voles and otters but there were none visible as we wandered along.

Taunton had been a lovely place to break our journey and we looked back on our visit as we continued on our way through Devon and into Cornwall.  We’d planned a two centre holiday enabling us to visit as many places as possible without the need for lengthy car journeys.  Our first base was at Camborne in the south western part of the county, conveniently located just off the A30 trunk road.  The town is best known as a centre for the former Cornish tin and copper mining industry when the mining boom in the early 19th century was at the heart of world copper production.

Our accommodation for five nights was at the John Francis Basset hotel which is operated by J.D. Wetherspoon.  The hotel is located in Camborne’s former market house which was paid for by the local landowner J.F. Basset.  Check-in was very efficient and our room on the first floor was well equipped and spacious.  After a short walk through the town, we enjoyed a tasty meal of fish and chips in the hotel bar and over cups of coffee we discussed our plans for the following day. 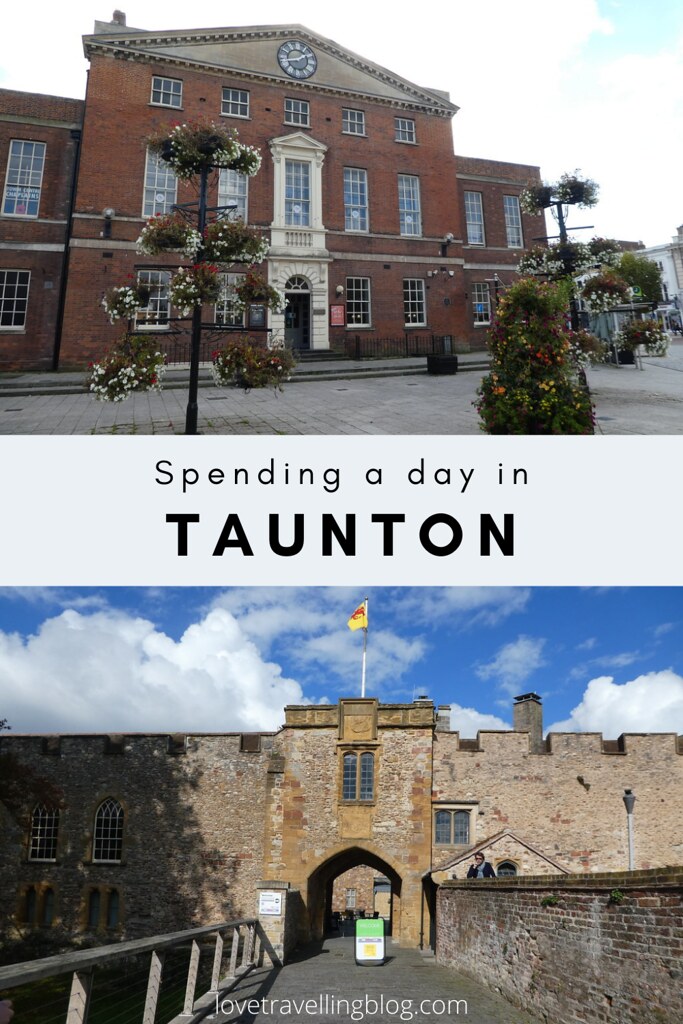 44 thoughts on “Day 1. Visiting Taunton at the start of our Cornwall road trip”