After staying overnight at The Causeway Hotel we started the day with a hearty breakfast in the hotel’s elegant dining room to ready ourselves for an action packed day exploring the Giant’s Causeway and surrounding coastline.

After returning to our room and checking out we didn’t have far to go as The Causeway Hotel is perfectly located right beside The Giant’s Causeway Visitor Centre.  Access is free of charge for hotel guests (normally £12.50 unless a National Trust member) with free parking also available for the remainder of the day after check out.

This recently built state of the art visitor centre contains an interactive section about the formation of the Giant’s Causeway and the legends surrounding it, together with a large gift shop and cafe.  Tickets include audio guides that can be used whilst walking around the causeway itself.

Although the Giant’s Causeway is managed by the National Trust there is actually no charge to view the hexagonal basalt columns.  It’s just a 20 minute downhill walk from the side of the visitor centre to the causeway but for those who are unable or prefer not to walk, a shuttle bus service usually operates from the car park at a nominal charge.

We enjoyed wandering along the rocky coastline towards the main part of the causeway which is spread over a relatively small area.  There are over 40,000 basalt columns and visitors are permitted to leave the main path and walk over them though care must be taken as they can be quite slippery in places.

The spectacular columns developed by a natural formation between 50 to 60 million years ago when a flood of lava oozed from fissures in the earth.  When the molten rock cooled and contracted it cracked into a series of 40,000 columns most of which being the near perfect hexagonal shape that we see today.

Legend however has it that Finn McCool, the Irish giant, built the causeway to cross over to Scotland and its possible to believe that there was once a causeway as similar basalt columns can be seen around Fingal’s Cave in Scotland.  Whatever you wish to believe, the Giant’s Causeway is a natural wonder and a truly wonderful place to visit.

As we returned to our car, coach parties were just beginning to arrive and I imagine the Causeway gets very busy later in the day.  Staying within walking distance had definitely had its advantages, allowing us to see the World Heritage Site before the bulk of crowds arrived for the day.

It had been a showery morning so we were soon warm and dry eating lunch in the Bushmills Inn a mere three miles down the road.  This charming atmospheric former coaching inn dates from the 1600’s and is yet another lovely place to stay whilst touring the Causeway Coast.  With its inglenook fireplaces surrounded by comfortable armchairs we could have lazed there all afternoon if we didn’t have a boat to catch!

The menu is varied with something to suit all tastes and our choices of shepherd’s pie and barbecued pulled pork bao buns were both delicious and filling.  We washed these down with refreshing glasses of ginger ale then popped back in the car for the 20 minute drive to the village of Ballycastle from where we would be taking our boat trip.  The village looked very pretty but as we were short of time we decided to leave the car at the marina (free parking) and explore the town after our trip with Kintra Boat Tours.

We’d booked a 1 hour 40 minute boat trip along the rugged Antrim coast in the capable hands of the friendly crew.  Luck was on our side as we had barely left the harbour when a pod of playful dolphins could be seen leaping from the water and playing alongside the boat.

Francis, one of the crew members told us that he had been working on these tours for six months and it was the first time he had seen so many dolphins at close range.  We observed them jumping into the air, cruising through the water at high speed and generally having fun.  They must have played around the boat for at least half an hour and it was an unexpected delight to observe these intelligent animals at close range.

The boat made its way westwards along the north coast from where we viewed the shore from the water passing the sheer cliffs at Fairhead, several sea caves and the azure blue sea.  There were good views of Rathlin Island which is Northern Ireland’s only inhabited island with a population of just over 100 people.

The island is a Special Area of Conservation and home to 30 different species of birds including puffins, guillemots, kittiwakes and razorbills which can be viewed between April and July.  Hopefully before too long we’ll have an opportunity to return to the causeway coast and be able to visit Rathlin Island.

Both Charles and Francis kept us entertained with an interesting commentary pointing out key features as we passed by.  In particular, the Carrick-a-Rede rope bridge which was first erected by fishermen more than 250 years ago.  They fished for Atlantic salmon and for a long time it was home to a flourishing industry.

The bridge is now maintained by the National Trust but is currently closed to visitors but I’d love to test my bravery by attempting to cross it sometime.  On Carrick-a-Rede Island we could even see a salmon fisherman’s cottage that had withstood the elements and still survives to this day.

Returning along the coast we spotted two seals and several more dolphins approached the boat which was fun to see.  We also viewed the spectacular Mermaid’s waterfall which due to the recent heavy rain was in full force, and spotted so many rainbows that we lost count.  The tour was unforgettable and such good value at only £20.

Back on dry land we then had time to explore Ballycastle, wandering around its picturesque working harbour and then along the promenade overlooking Ballycastle Strand (beach).

At the eastern end there is a rocky outcrop known as Pans Rock that juts out into the sea and is popular with rock climbers.  The seafront has some inviting little shops and cafes and the small town is a really lovely place to visit.

Leaving there, we drove on five miles to Ballintoy Harbour accessed by a steep, winding road leaving the car in the free car park beside the harbour cafe. If you are visiting the Causeway Coast I highly recommend visiting here as it’s an idyllic little place with its sea stacks, pools and rocky outcrops.

If you are a fan of the Game of Thrones then you might be interested to learn that Ballintoy has been used as a filming location.  Information boards explain the setting and whilst we were there avid viewers were busy snapping away with their cameras.

To complete our travels through the Causeway Coast and Glens we made one final stop at the newly redeveloped Magheracross viewpoint located on the road between Bushmills and Portrush.  There was ample free parking and we were able to take in the dramatic views from platforms at each end of the short walking trail which extend out over the edge of the cliffs.  In one direction we enjoyed views across to the picturesque ruins of Dunluce Castle and in the other direction over the headland towards Whiterocks.

After feeling pleased that we had taken the time to seek out this new viewpoint we returned to the car to embark on the next stage of our road trip which would take us across the border where we would follow the Wild Atlantic Way through parts of Donegal.  Within one and a half hours we had arrived in Letterkenny, Donegal’s largest town where we had planned to spend the night at Dillons Hotel on Main Street.  After such a hectic day we were soon in bed looking forward to what the next day would bring. 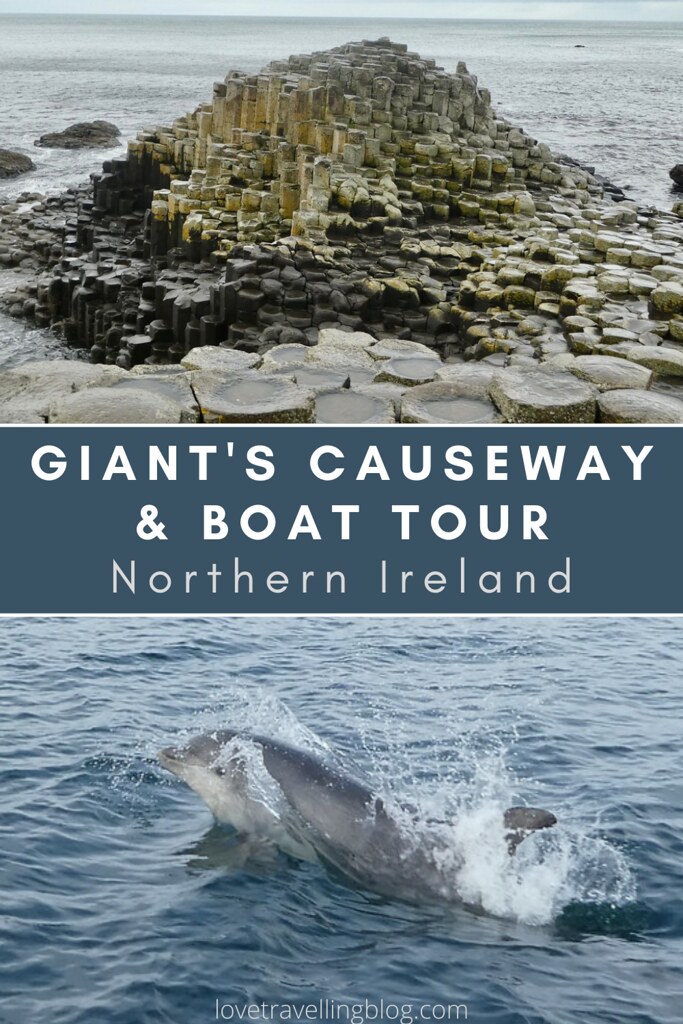