Sunshine streamed through the windows as we drew back the curtains and it looked as if the previous day’s beautiful weather was continuing.  We started the day with a walk through Durham’s Market Place where stalls had been set up for the weekly Saturday market.  Being unable to resist a browse through the stalls, we discovered some delicious breads and sweet treats at Earth & Fire, plus lots to interest us elsewhere.

After grabbing some breakfast we headed uphill to the Bailey.  It’s a hilly little place so come prepared with comfortable shoes or make use of the Cathedral Bus (£1 all day) to get around.  The North Bailey is home to several Durham institutions including Hatfield College, the second oldest of Durham’s colleges, St. Chad’s and the Durham Museum & Heritage Centre where we were heading next.

This museum is located in a building that was once the parish church of the North Bailey and retains impressive woodwork from that period.  The museum (entrance £2.50) details the origins and development of the city and contains models of the medieval city and the 19th century market place.  To the rear, the churchyard has been transformed into the museum garden.

Leaving the museum it was then just a short walk up Dun Cow Lane to Palace Green.  It is said that the lane takes its name from a local legend involving a milkmaid and her cow.

Palace Green is a beautiful grassy square flanked by the castle and the cathedral.  Durham Castle is  currently closed to visitors but we were able to step through its stone archway to admire the Norman fortification.  Since 1832 it has been occupied by University College Durham and is the oldest of the university’s colleges.

Close to the castle lies  Palace Green Library which we had hoped to visit as I have a keen interest in libraries but were unable to do so as it is currently closed to the public due to roofing repairs.  The library holds the university’s special collections of books, medieval manuscripts, artefacts and maps so I’ll look forward to visiting on a future visit to Durham.

In the corner of Palace Green is the entrance arch to Durham Castle which is preparing to re-open for tours from July 2021 (standard adult admission £5).  It has been University College since 1832 and is the oldest of Durham’s colleges.

The college was the former outer court of the Durham monastery.  Following the Dissolution of the Monasteries Act by Henry VIII in the late 1530’s it was converted into accommodation for the cathedral Dean and his 12 Prebends (clergymen).

Durham Cathedral is thought by many to be the finest example of Norman church architecture in England and contains the tombs of both St. Cuthbert and the Venerable Bede.  It is also the seat of the 4th ranked bishop in the Church of England.  We looked in awe at the splendid interior with its stunning stained glass Rose Window designed to cast dappled colourful sunlight onto the cathedral’s stone floor which looked exceptionally beautiful on such a gorgeous day.

The cloisters are a delight and we could just imagine bygone times when the monks would have studied and exercised there.  One side is now used as outdoor seating for the Cathedral’s Undercroft Restaurant so we made a note to return after our exertions of climbing up to the top of the tower.

Standard adult tickets to climb the 325 steps cost £5.50 and access is currently available between 10.20 a.m. – 2.50 p.m.  Durham has the steepest spiral staircase of any cathedral in England and Wales, the last third being extremely narrow.  We had no difficulties reaching the top but if you need to stop for a breather there is a rest point with seating half way up.

Stepping out onto the roof we couldn’t have wished for a better day as there was barely a cloud in the sky.  Our efforts were rewarded with some absolutely beautiful views looking down onto Palace Green, across to the castle and of the surrounding countryside.

We returned through the oak door at one corner of the tower and after adjusting to the dim light we carefully made our way back down to ground level for our well earned cups of coffee.

After leaving the cathedral, we completed our tour of Palace Green and came across this lovely Penfold hexagonal post box, it was slightly on the lean but otherwise in excellent condition.

Our tour of the UNESCO World Heritage Site continued around to the back garden of the cathedral, known as College Close.  This is another attractive square and is home to the Durham Cathedral Chorister School which has been established for more than 600 years.

From there, we continued along South Bailey towards the riverside crossing the stone arched Prebends Bridge which connects the cathedral to the west bank of the river.

We then followed signposts to the University Botanic Garden set amongst beautiful mature woodlands.  The gardens are currently open 10.00 – 3.00 p.m. with standard admission £4.00.

The Durham garden is an RHS partner garden and contains collections from around the world.  We enjoyed a stroll along shady paths taking in the woodland, alpine gardens and the magnificent bamboo grove.

Tucked away amongst the paths are numerous pieces of artwork and a carboniferous garden which has been created by students from the Department of Earth Sciences to tell the story of coal in County Durham.  The glasshouses are closed at present but we peeped through the glass to get a glimpse of the tropical rainforest and desert cacti flourishing inside.

Whilst in this part of the city we took advantage of visiting the University Oriental Museum just a short distance away.  The museum is open Wednesday – Sunday 10.00 – 4.00 p.m. and offers free admission but it is advisable to pre-book a timed entry slot at present.  The museum opened in 1960 to support teaching and research and is the only museum in the north of England devoted entirely to the art and archaeology of Northern Africa and Asia.

Having visited South Korea three years ago, we were particularly interested in the gallery displaying tea making traditions and historic and contemporary ceramics.  Other highlights included a magnificent Chinese bed, costumes including silk dragon robes, footwear and head dressings.  The museum exceeded our expectations and I would definitely recommend adding it to your itinerary.

Returning to the city centre we then spent the remainder of the afternoon looking around the shops along Silver and Saddler Streets.  The latter is thought to take its name from where saddles were made and sold for horses, although the lower part of the street which joins the market place was originally called Fleshergate as it contained the butchers shambles (an open-air slaughterhouse and meat market) similar to the famous one along the narrowest street in York.

Well, we’d had such a wonderful day exploring the city’s world heritage site, visiting museums, toning our calf muscles climbing up and down the cathedral tower steps and enjoying the tranquillity of the Botanic Gardens.  Our feet were tired but we didn’t mind, it had all been so lovely.

Our weekend was supported by Visit Durham and as always all views and opinions are entirely my own.

A day in Ely and a visit to its cathedral

A Walk Around Oxford and a visit to the Botanic Garden 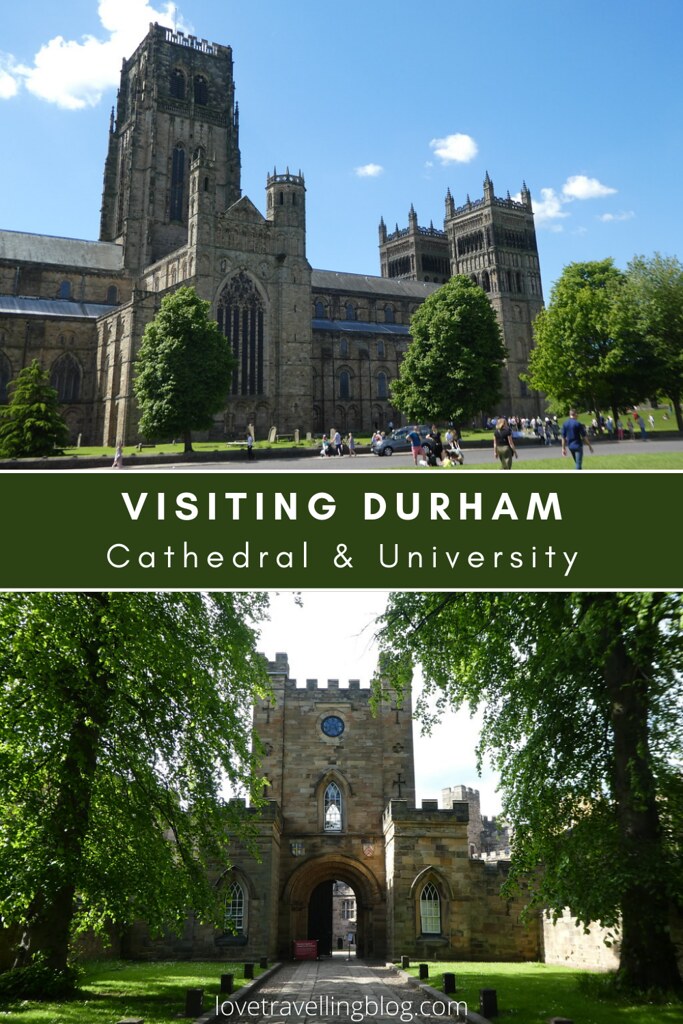