We started the day with a visit to the Gibraltar National Museum on Bomb House Lane in the centre of town.  Standard admission is £5 with a combination ticket being available at £8 to include a visit to the Gorham’s Cave complex viewing platform near Europa Point.

Galleries cover the history of the Rock starting from the Pillars of Hercules, through The Great Siege up to life as it is today.  Of particular interest is the section dedicated to Neanderthal Man.  Two skulls from Gorham’s Cave were among the first Neanderthal remains to be discovered in Europe giving an unprecedented insight into what their lives might have been like.

Located in the basement are the remains of a Moorish bath house built around the 14th century which is one of the best preserved in Europe with its hot and cold rooms.

Just outside the museum stands the Cathedral of the Holy Trinity, constructed in Moorish Revival style, it’s the Church of England diocese of Gibraltar in Europe.  The cathedral is open to visitors Monday-Saturday between 11.00 -3.00 p.m.

From there, it was just a short walk to the King’s Bastion Leisure Centre on Line Wall Road.  You might wonder why we had decided to look in there, but this is no ordinary leisure centre as the building is a military fortress that was once used to defend Gibraltar against invading forces during the 18th century.  The historical building has been transformed to include a bowling alley, gym, cinema, bar and café yet retains many of its original features.

After enjoying a welcome cup of coffee we strolled through Commonwealth Park, located next to the leisure centre.  For such a small territory Gibraltar has an abundance of green spaces and nestled within the old walls this recently opened park offers a haven of tranquillity in the city centre.

It was then back to the Upper Rock Nature Reserve to visit two more of the attractions there.  The first was to brave a thrill seekers step out onto the Skywalk, a transparent glass viewing platform at the top of the Rock.

This stunning lookout point was opened by Luke Skywalker of Star Wars fame (aka Mark Hamill) and we followed in his footsteps daring to walk on the glass floor jutting out 340 metre above sea level.

It’s not at all scary and is perfectly safe with its floor and side panels made of four layers of laminated glass strong enough to withstand the weight of 11 Range Rover vehicles.  Having walked along the viewing platform we were rewarded with some breathtaking views of Gibraltar and across to Morocco and Spain.

A short drive followed to the northern end of the Rock to visit the Great Siege Tunnels, another of the attractions included in the Upper Rock Nature Reserve ticket price.  On our way to the tunnels one of the Rock’s macaque’s decided to hitch a lift on our wing mirror so we drove along very slowly until it decided to jump off.

From standing on a glass ledge looking down on the city below we were now entering the Rock itself.  The Great Siege Tunnels were a secret military base carved out by hand with sledgehammers and gun powder.  Soldiers excavated 36 metres of tunnel in just six weeks to defend Gibraltar.  Between 1779 and 1783 the Rock was under siege with both Spanish and French troops advancing and trying to recapture Gibraltar from the British.

Whilst tunnelling, it was decided that a hole be blasted in the Rock face to improve ventilation and by so doing, it was then realised that a gun could be put in place to bear down on attacking forces.

The tunnels are surprisingly long and have been beautifully illustrated with figures and information boards.  Part way through, a staircase leads down to a lower level that was used for storing gunpowder.  Viewing the gun ports in the cliff face with the cannons lined up in front of them was very interesting as were the stunning views of the airport runway visible through the holes.

All this exploring had given us an appetite so we made our way down to Ocean Village to have lunch at the Bridge Bar & Grill, sitting on its covered terrace overlooking the yachts in the marina.

It’s an attractive American styled restaurant where we relaxed over drinks and a plate of barbecued chicken nachos, before moving on to our mains of lamb cutlets and piri-piri chicken.  The Bridge has a great atmosphere and friendly service in the heart of the vibrant Ocean Village close to the cruise terminal.

It started to rain just as we were leaving the restaurant but as shopping was our plan for the afternoon, it didn’t really matter.  Grand Casemates Square lies close to Ocean Village and takes its name from the British built Grand Casemates, a casemate and bombproof barracks at the northern end of the square.

This large square, located at the end of Main Street is lined with cafes and restaurants and we popped into the Gibraltar Art Gallery on the square’s upper level displaying works by local artists.  Adjoining the gallery is a gift shop stocked with lovingly made products by local artisans and the perfect place for us to pick up some gifts to take home.

We then sauntered along Main Street with its mix of household names, Spanish retailers and the occasional Moroccan greengrocer.  It’s a shopper’s paradise with VAT free purchases and bargains to be had, especially on perfume, jewellery and spirits.

On our way back to the hotel, just outside the Southport Gate, lies the Trafalgar Cemetery containing two known graves of the victims of Trafalgar.  Most of the others who perished in this famous battle were buried at sea.

Rain clouds had disappeared and so we rounded off another wonderful day in Gibraltar by watching the sun set from the seats of our balcony sipping glasses of sparkling wine.

A spring break in Andalucía 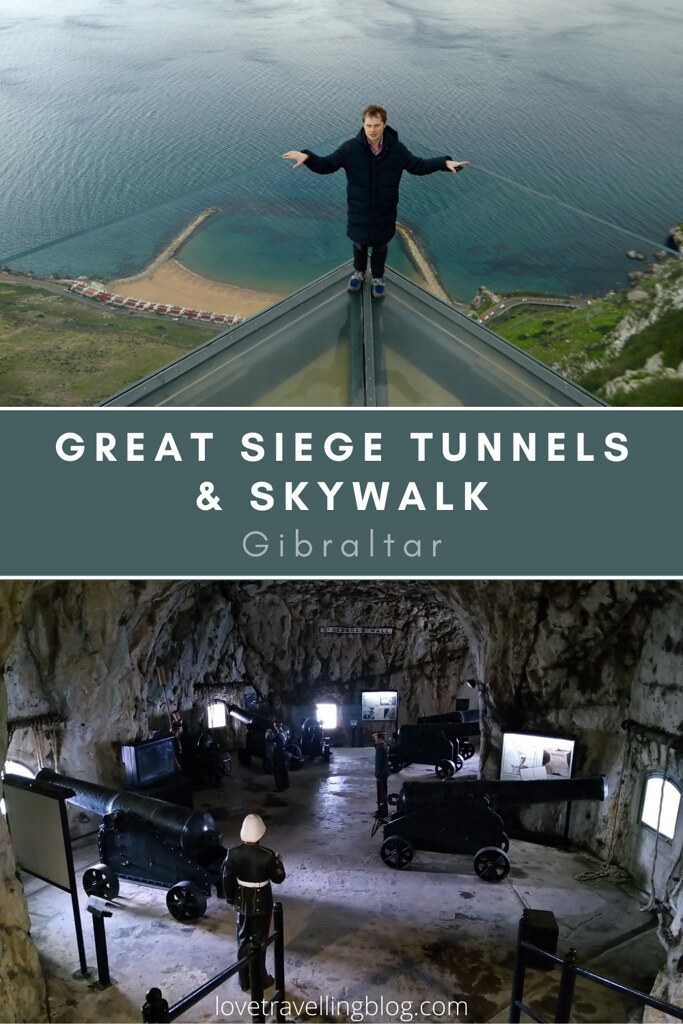