After a leisurely breakfast our day began with a visit to the Bath World Heritage Centre on York Street.  The centre is free to visit and features interactive exhibits and displays.  UNESCO added Bath as a cultural site to its World Heritage list in 1987 and from reading an information board we learnt that it had been included because of its Roman remains, 18th century Georgian architecture and town planning.  Unusually, the entire city is covered by this status and it is only one of a handful of city-wide world heritage sites.  I suggest popping in for a look around as it is close to the abbey and as well as detailing the city’s world heritage contains useful leaflets on the city and of its walking trails.

On our way to our next destination we came across an event taking place in Queen’s Square so decided to investigate.  By chance, we were visiting Bath on the weekend of the annual Bath Boules Tournament.  This charity fundraising event was already in full swing with teams of three players competing in a knock-out tournament.  Alongside the boules was live music and a variety of stalls offering French inspired food and drink, creating a fun atmosphere and weekend entertainment in the square.

Back on track, we soon arrived at the Jane Austen Centre, (standard admission £12.50).  This small museum located in a beautiful Georgian building chronicles the life and times of the famous writer Jane Austen.  Our tour began upstairs where we watched a video about the author before moving into an adjacent room to be introduced to a character actor dressed as Mr. Wickham from Pride and Prejudice.

He entertained our group for around 20 minutes with stories about the years between 1801 and 1806 when Jane Austen resided in Bath with her parents.  He went on to explain that she grew so fond of the city that Bath found its way into two of her novels ‘Persuasion’ and ‘Northanger Abbey’ which are partly based there.

After this enjoyable talk we were then led downstairs to explore the small museum at our leisure which is filled with items relating to the author and about life in Bath in the early 1800’s.  There’s a chance to play games of that era and also to dress up and have photos taken in Regency costumes.  In addition to this museum, Bath hosts an annual Jane Austen festival for 10 days each September with numerous events taking place throughout the city.

Our morning stroll continued along to the Circus, a historic ring of large townhouses forming a circle divided into three equal segments with a large lawned area in the centre.

To its rear lies the Georgian Garden (free entry).  This small restored garden has been planted in 18th century style to create a faithful reproduction of an original garden during the 1770’s.  It’s only small but is a tranquil spot to spend a short time and looked delightful in midsummer as it was awash with colour.

After admiring this Georgian splendour, it was just a short stroll to Bath Assembly Rooms, owned by the National Trust and free to visit the elegant public rooms decorated in 18th century style.  The Assembly Rooms were important to the high society of Georgian Bath as they were designed as a place for entertainment and to be seen.

When completed in 1771 they were described as the most noble and elegant of any in the country.  We were able to explore the Ballroom, Great Octagon Room, Card Room and Tea Room all of which in their heyday would have been frequented by leading figures.

The Assembly Rooms are still in demand nowadays as a popular wedding and function venue so please check their website if you are considering visiting to ensure they are open to the public that day.  You may actually recognise the ballroom as it was where Daphne and Simon first met in the period drama Bridgerton.

Located in the basement of the Assembly Rooms is the Fashion Museum, (Standard admission £10, closed Monday).  For anyone with an interest in fashion this museum is a must see.

With the aid of audio guides we explored an exhibition showcasing the history of fashion in 100 objects from the 1600’s to the present day.  From graceful silk embroidered gowns to what we wear today it was fascinating to note how fashion has evolved over the years.  As with the Jane Austen centre there is an opportunity to dress up and I couldn’t resist trying on a Regency style bonnet.  Although it was very pretty, I wouldn’t want to wear it for long as it was very heavy.

On leaving there we called into Cosy Club on Southgate Place for a light lunch.  It was very busy but we managed to find a comfy sofa in the bar area to rest awhile.  A little look around the shops followed which was very pleasant as Bath is home to a varied selection of high quality stores, many of which are small, independents.

After buying a pair of shoes, we returned to sightseeing and a visit to the magnificent Royal Crescent.  Of all Bath’s elegant streets, the Royal Crescent is undoubtedly the city’s most impressive.  This was another filming location for the Netflix smash hit Bridgerton with both the exterior and entrance hall of No.1 used as the Featherington’s London home.

No. 1 Royal Crescent is open to the public as a museum and has been furnished as it might have been in the latter part of the 18th century.  Standard admission £13 (£11 off peak).  An immersive experience has been introduced to bring the house to life taking approximately one hour.  This relates the story of an aristocratic family who lived in the house for the season.

The story is enacted using holograms and audio recordings of conversations between different members of a fictitious household.  It has been designed to creates an impression of what life would have been like for a Georgian family in the city.

The story continues through each room of the house including the servants quarters and encompasses many aspects of Georgian life from taking an afternoon promenade to attending balls.

Although the recordings and holograms have been well executed, there is little about the rooms themselves or their interesting contents.  For information on various items in the rooms visitors need to scan QR codes when labelling or laminated sheets would have been an easier option especially for those people without smartphones.  Overall the immersive experience is good but be aware that the format is unlike that of exploring a stately home.

Back outdoors, we took one last look at the stunning architecture of the Royal Crescent before returning to our hotel for a well earned rest before dinner.  The Elder is Hotel Indigo Bath’s independently run restaurant but is integrated extremely well and feels to be an actual part of the hotel.  The restaurant is actually much bigger than it first appears as there are several small connecting sections designed to create an intimate atmosphere.

Being a Sunday, roasts were on the menu and as we both adore a roast neither of us could resist this option.  We tucked into dishes of dry aged Hereford beef and roast belly of Hampshire White pork, both served with huge Yorkshire puddings and all the trimmings.  Portions were of a generous size, the pork crackling cooked to perfection and the beef tender and succulent.  Neither of us could resist a dessert and although both delicious, my Kent mango soufflé topped with chocolate shortbread and served with crème fraiche ice cream was a real show stopper.

After relaxing over cups of coffee we walked off our dinner with a stroll beside the River Avon where we found Pulteney Bridge to be looking particularly beautiful as it was illuminated in the night sky.  This was the perfect way to end such a lovely day exploring Bath. 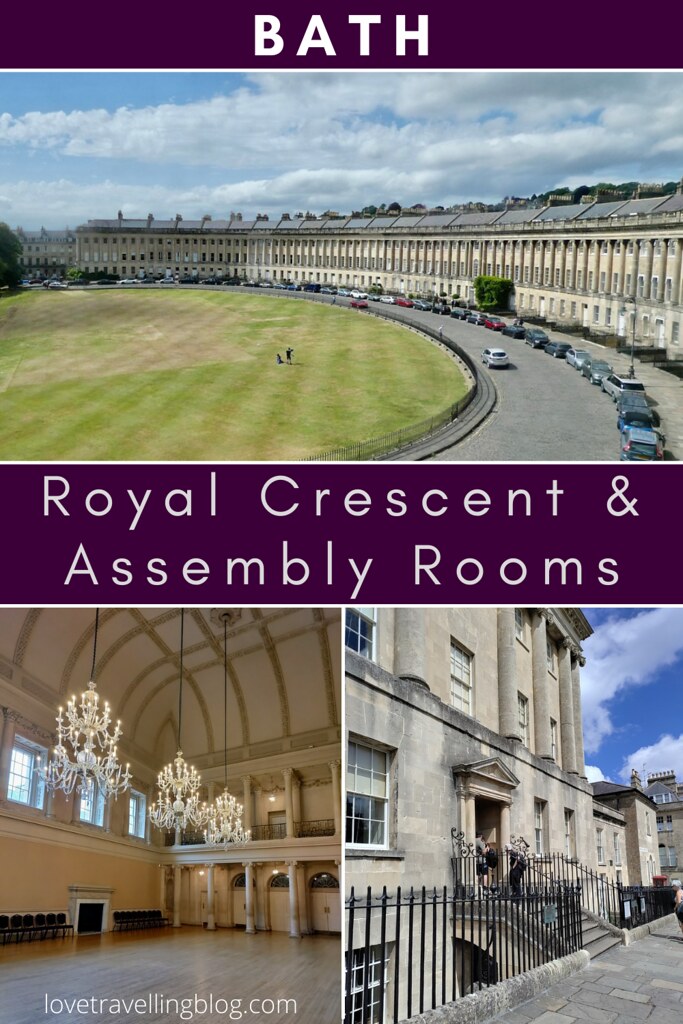