It was a 3.00 a.m. start for our drive to London Stansted for our early morning Ryanair flight to Bratislava.  On arrival at the airport it was pleasing to note that bag drop was running efficiently and queues through security were much shorter than we’d recently experienced.  The bonus being that we had ample time to enjoy a couple of cappuccinos each in the airside Windmill pub before our departure.

Our seats were on the third row of the aircraft and shortly after take off we were sound asleep for most of the journey.  With sitting at the front, we expected to be one of the first off the plane and through immigration but as we had to board a bus to the terminal building we somehow ended up at the back of the queue.  After retrieving our luggage from the baggage carousel we bought tickets from a machine in the arrivals hall to take us into the city centre.  One hour tickets including transfers cost €1.30 each and just as we were completing our purchase the bus arrived so we hurried to the stop just in time.  At the Racianske Myto interchange station we changed to Tram 3 which took us to Centrum (four stops) on the edge of the old town.

This was very close to our hotel the Danubia Gate where we called in to drop off our bags as it was only 1.00 p.m.  The receptionist was very welcoming and after a quick phone call to housekeeping, confirmed our room was ready and we could access it straightaway.  After quickly unpacking and making ourselves cups of tea we were soon ready to set off to explore the city.

The historic old town was only five minutes walk away and we soon came across the tourist office where we collected our 72 hour Bratislava Cards which cost only €28 (£24) and includes admission to museums, attractions and free use of public transport.

It had seemed a long time since breakfast, so before starting exploring, we enjoyed lunch sitting out on a cafe terrace basking in the warm Slovakian sunshine.  We both settled on the special of the day which comprised bowls of vegetable broth and a creamy risotto with chicken and parmesan which we washed down with glasses of local beer.

Feeling nourished, we wandered the streets of the charming old town coming across Cumil ‘a man at work sculpture’ popping his head out of a sewer.  Our stroll then continued past the beautiful 1886 Neo-Renaissance Slovak National Theatre and along to the riverside to Most SNP, the world’s largest cable-stayed bridge having just one pylon.

For panoramic city views there’s a lift at one end which takes visitors up to the top of the UFO Lookout Tower observation deck where there is also a cafe-bar and restaurant.

Rather than go up the tower we instead walked up the steep hill to Bratislava Castle, €10 (£8.58) and included in the Bratislava Card.  This city landmark stands high on a hillside overlooking the River Danube.  Eleven kings and eight queens were crowned in Bratislava as at one time it was the official coronation town for Hungarian kings, becoming the formal royal seat of the kings of royal Hungary.

The interior of the huge castle is absolutely beautiful with its sweeping marble staircases and gilded cornices.  The castle is now home to various exhibitions of the Slovak National Museum spread out over four wings.  These include displays of silver, ceramics, paintings, historical furniture and clocks, with galleries documenting Bratislava’s captivating history through to the fall of the iron curtain in 1989.

To the rear of the castle and accessed by an ornate stone staircase is the Baroque garden which was re-developed in 2016 and restored to the same design that existed in the late 18th century with its low box hedges and formal flower beds.

Leaving there, we popped into the Museum of Clocks which is located close to the castle in the House of the Good Shepherd, entrance €3 (£2.57) and included in the Bratislava Card.  This rococo merchant’s house was originally built in the late 18th century and reconstructed in 1955 and is a tiny building with just one small room on each of its three floors.

Bratislava was a huge centre of clockmakers in the old Austro-Hungarian empire with almost 100 clockmakers living and working in the city between the 16th and 19th centuries.  The museum houses a wide variety of clocks and it was especially interesting to be able to view the tower clock mechanism of the church in nearby Devin Castle.

There was then just enough time to call into the Museum of Jewish Culture before it closed at 5.00 p.m.  Admission €5 (£4.28) and also included in the Bratislava Card.  Housed in an historic building, the museum’s collection amounts to almost 5,000 items including a valuable synagogue curtain from 1783, books, parchment fragments and vases.

On completing our tour of the museum it was still so warm that we stopped off for refreshing cold drinks at a pavement cafe before returning to our hotel for a couple of hours rest as we had been up since 2.00 a.m.  Feeling rejuvenated, we enjoyed an evening meal at Bratislavske Mestianske Pivovany, a beer hall quite close to the hotel.

I’m so pleased we found this restaurant as it had a great atmosphere, friendly service and most importantly reasonably priced meals together with a wide selection of its own beers.  We both ordered beef dishes which arrived in generous sized portions and we accompanied these with large glasses of light beer.  After that, it was back to the hotel and off to sleep in seconds as it had been a long day.

Budapest – along the Danube 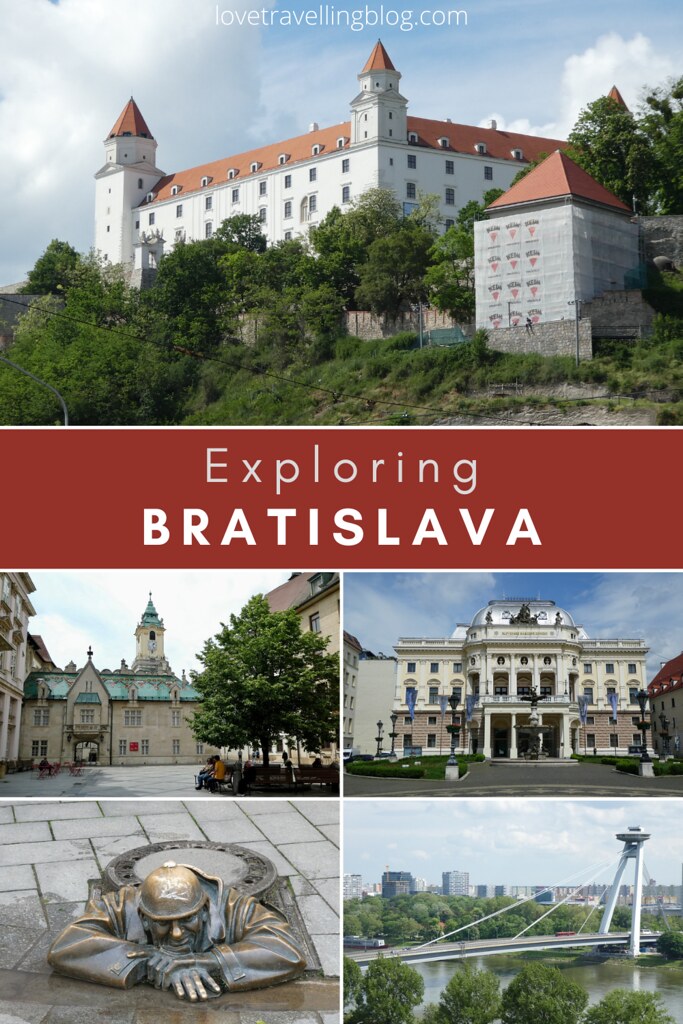