After breakfast, we caught a train to the charming small town of Sintra from the beautiful Rossio Station in Lisbon’s city centre.  Train travel for the 40 minute journey is included in the Lisbon Card making the card extremely good value.  Sintra is classified as a UNESCO World Heritage Site and is one of Portugal’s most beautiful towns.

From the station it was a pleasant 15 minute stroll into the town centre and entering the town it felt like a fairy-tale land with its enchanting palaces, castles and historic villas set amid pine clad hills.

Dominating the main square was the National Palace (Entrance €10) which we had spotted from afar with its white exterior and two distinct cone shaped chimneys.  From the late 14th century it was a summer resort for numerous kings.  The interior has been fully restored to how it would have been in the 1910’s making the palace a key attraction to visit whilst in Sintra.  We then enjoyed a stroll through its gardens from where there are some good views of the town with its narrow alleyways.

Wandering through the town we then called into the tourist office to visit the Sintra Myths and Legends Interpretative Centre (admission €3.50 and included in the Lisbon Card).  Using audio guides the exhibition featuring 17 zones took us on a journey into the myths and legends of the town by means of its history, music and literature.

On a previous visit to the town we followed the trail up to the Moorish Castle (Castelo dos Mouros) which is something I would also suggest first time visitors doing.  As we had made other plans for the afternoon we decided against doing this again and opted instead to return to the station to board the next train back to Lisbon.

A sun drenched patio not far from the station looked to be the perfect place for a spot of lunch and it was a joy to be able to remove our coats and enjoy al-fresco snacks in mid-winter.  After relaxing there awhile we then caught Tram 15E to the Belem district west of the city centre.  Originally this suburb was home to the city’s docks and shipyards and although they have long since gone, it’s rich seafaring heritage continues to this day with its stunning monuments and grandiose buildings.

We began our tour of the area with a visit to the Jeronimos Monastery (Mosteiro Jeronimos), undoubtedly the most magnificent of Belem’s buildings.  This vast monastery was built to honour the voyages of discovery by Portuguese explorers and was financed by the wealth of the new trade routes to Africa, Asia and America.  Constructed in 1502 the monastery is a UNESCO World Heritage monument characterised by its elaborate sculptural and maritime motifs.

The cloisters were my favourite part and absolutely stunning with their supporting columns uniquely carved with decorations designed around sea explorations.  Entrance to the monastery is €15 (included in the Lisbon Card) however entry into its richly decorated church is free of charge and shouldn’t be missed.

Leaving there, we crossed the road to walk along the attractive riverside path as far as the Monument to the Discoveries (Padrao dos Descobrimentos).  This 52m high monument commemorates 500 years since the death of Prince Henry the Navigator who sponsored a great deal of exploration along the west coast of Africa.  The imposing structure is shaped in the form of a caravel (sailing ship) with figures of the leading explorers of the time carved onto the monument.  Normally it’s possible to take the lift to the observation deck at the top of the monument for superb views along the river and of Belem, however this was temporarily closed at the time of our visit due to COVID.

Continuing further, our riverside walk led us to the Old Belem lighthouse and just beyond there Belem Tower (Torre de Belem), one of Lisbon’s most iconic landmarks.  This small fort dating from the 16th century was built to guard the Tagus estuary.  The extremely ornate exterior is a joy to behold and it would have been interesting to view the interior but this again was closed at the time of visiting, (entrance €8.50 and included in the Lisbon Card).

All this sightseeing was making us feel quite hungry so it was just as well that we had somewhere in mind for our mid-afternoon rest.  From Belem Tower we retraced our steps along the riverfront until we reached the Pasteis de Belem cafe located in a parade of shops just beyond the Jeronimos Monastery.  This bakery was the first business in Portugal to begin selling the delectable Pastéis de Nata custard tarts and now produce several thousand each day baked to their own secret recipe.

There was quite a long queue snaking its way outside the entrance but it moved swiftly and it wasn’t long before we were being guided to a table in one of the spacious dining rooms.  The cafe was much bigger than we expected with the premises having been expanded over time with a large extension to the rear.  Despite the modern addition not being quite as characterful as the original rooms, it was still very pleasant with table service.

There was no need for us to study the menu as like almost everyone else we had come to sample their very own custard tarts.  I adore these dainty Portuguese tarts with their creamy custard filling encased in crisp pastry shells and have munched my way through many over the years on my travels from Macau to Madeira and enjoyed each and everyone of them.

The ones served in this cafe were warm straight from the oven and tasted absolutely delicious accompanied by our large pot of tea.  If you are visiting the Belem district I recommend popping into this cafe as its mouth-watering cakes, attractive setting and reasonable prices are a winning formula.

After enjoying our afternoon sweet treats we were raring to go once again so continued along the road a short distance to the National Coach Museum (€8 and included in the Poznán Card).  This vast building contains the world’s largest collection of royal coaches and is yet another ‘must visit’ museum whilst staying in Lisbon.  The museum first opened in 1905 in an 18th century riding school that  formed part of Belem Palace. To celebrate its 100th anniversary it re-located to its present home nearby enabling more carriages to be put on display.

I started taking photos of the coaches and couldn’t stop as each of them were magnificent with their decorative embellishments.  On display are several coaches that belonged to European royal families including a 19th century coach built in London and last used by Queen Elizabeth II on a state visit.

Leaving there we rounded off our afternoon in Belem with a visit to MAAT (Museum of Art, Architecture and Technology), Lisbon’s new cultural centre.  Entrance €5 and included in the Lisbon Card.  The museum is partly housed in the former Central Tejo Power Station which is connected to a new building designed by a British architect.  The imposing power station on the banks of the river is one of Lisbon’s most prominent industrial heritage landmarks and we were fortunate that it remained open until 7.00 p.m. allowing us an opportunity to fit in a visit.

This large museum integrates art, architecture and technology with a series of permanent and temporary exhibitions.  Although we found it all of interest the galleries in the former power station were our favourites.  These told the story of the building with its lovingly restored furnaces, boilers and electrical generating equipment on display alongside interactive presentations.

In addition to the museum, the outdoor park surrounding it is beautiful and offers views of the Ponte 25 de Abril suspension bridge, and across the River Tagus which looked particularly beautiful whilst we were there with the setting sun.

As it was getting late we decided to eat out before returning to the hotel and quite by chance found a cosy little restaurant in one of the narrow streets of the Cais do Sodre district.  Here we tucked into a tasty meal washed down with some local red wine.  A perfect end to another fun-filled day exploring Lisbon.

A week in Funchal, Madeira 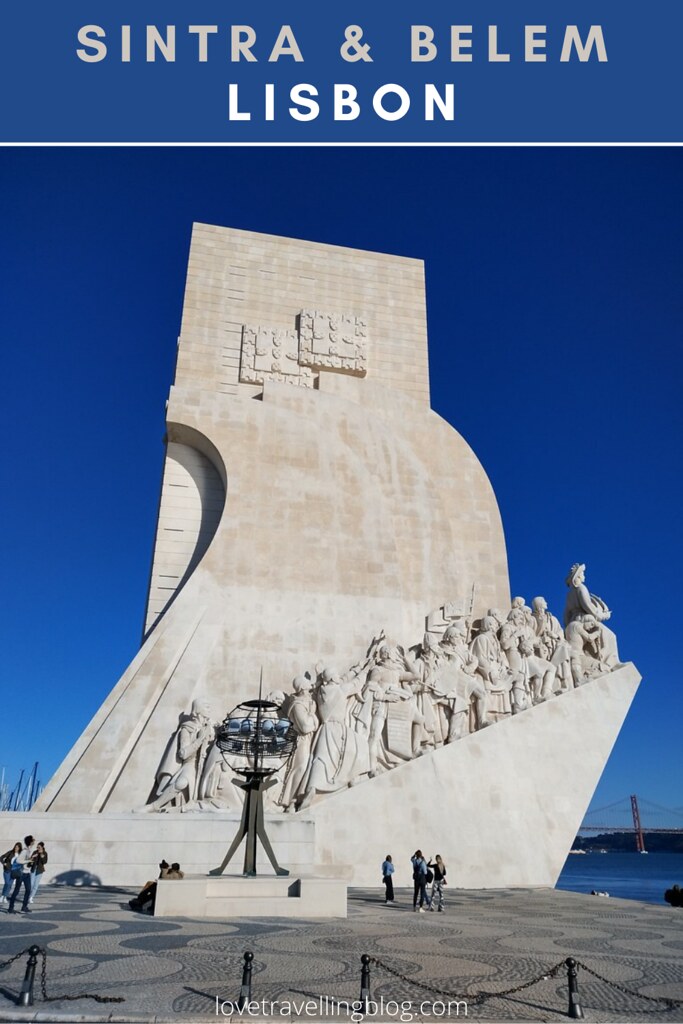 62 thoughts on “Day 2. Sintra and the Belem district of Lisbon”