In search of some winter sunshine we decided to head south and spend a few days in Lisbon.  Our flight with Ryanair departed from a quiet Bournemouth Airport mid-evening and as it was very late by the time we had cleared immigration in Lisbon airport we opted to take an Uber into the city centre (€13.52).

We’d arranged to stay at the Turim Av Liberdade Hotel with its main entrance on the Avenida da Liberdade, one of Lisbon’s most famous avenues renowned for its designer shopping.  After a speedy check-in we quickly unpacked, made ourselves cups of tea and shortly afterwards were tucked up in bed fast asleep looking forward to the day ahead.

The next morning we woke refreshed and after enjoying a delicious buffet breakfast set off to explore the city.  Although the Marques de Pombal metro station was just around the corner we decided to walk to collect our Lisbon Cards from the tourist office in the Baixa district.  The cards cover entry into museums and attractions plus unlimited travel on bus, metro, tram and funiculars with the bonus of train travel to both Sintra and Cascais.  As we had planned to spend several days in Lisbon we opted for the 72 hour cards at €42 (£35.30) each.

The tourist office overlooks the large Praca dos Restauradores.  This square is dedicated to the restoration of the independence of Portugal in 1640 after 60 years of Spanish occupation and has a fountain and tall monument to the restorers as its centrepiece.

A notable building surrounding the square is the former 1930’s art-deco Eden Cinema which is now a hotel retaining its beautiful facade.  The square is often referred to as Rossio as it is a major transport hub and home to the magnificent Rossio Railway Station.  The building resembles a palace with its horseshoe arched doorway and stunning concourse resplendent with traditional Portuguese blue and white tiles known as Azulejos.  As we would be catching a train from this station the next day we decided to take a closer look then.

Leading from the square is the Elevador de Santa Justa.  This 19th century lift transports passengers 45m up the steep hills of Baixa to the Largo do Carmo in Chiado.  The wrought iron elevator is a marvel of engineering with its neo-gothic arches and geometric patterns adorning the structure.  Historically the lift was an important part of the city’s public transport system but nowadays it has become a popular tourist attraction.

The lift holds a maximum of 29 people so there is often a lengthy queue to board.  However, for those short of time the upper station can be reached on foot by following the path to the right of the Convento do Carmo ruins and then crossing a 25m walkway to the funicular.  By the time we reached the top it was showery with dark clouds overhead but we still enjoyed some good views of the city centre below.

We made good use of our Lisbon Cards by popping into the Museum of National Republican Guard (GNR).  This museum is housed in a historic barracks and tells the history of the GNR which was created in 1911.  Members of this police force are military personnel and on display we viewed items including weapons, vehicles, uniforms and kitbags.

Leaving the museum we then headed back downhill to Lisbon Cathedral which is the city’s oldest church.  The building dates from the 12th century and has survived several natural disasters including the 1755 earthquake which left part of it in ruins.  It’s free to visit (apart from the cloister and treasury) and features a beautiful rose window.

Not far from the cathedral lies Praca do Comercio, a vast waterfront square facing the River Tagus.  We approached through its triumphal arch which connects Rua Augusta which is one of the city’s main shopping streets to the square.  Surrounding the square are elegant colonnades beneath which are some stylish restaurants and bars and in the centre there is a statue of King José on horseback.

Adjoining the tourist office on the east side of the square is the Lisbon Story Centre (included in the Lisbon Card) so we popped in to take a look around.  From the desk we were handed audio guides which we used to follow an interactive journey through the city’s history from its foundation to modern times.  The exhibition takes visitors through 6 distinct zones with the filmed re-enactment of the 1755 earthquake and the subsequent re-building being the most impressive.

On leaving the museum we enjoyed a stroll along the waterfront in a westerly direction as far as the Time Out Market at Cais do Sodré which took us about 20 minutes from the Praca do Comercio.  This proved to be a good choice for lunch as it contained a large assortment of food outlets, shops and bars.  The market hall was busy and it took awhile to find a table but eventually our patience paid off and we sat down to enjoy some tasty snacks.

Feeling rested after our short break we continued on to the Elevador da Bica connecting Largo do Calhariz with Rua de Sáo Paulo.  There was just a short wait to climb aboard the bright funicular coach with its polished wooden seats which took us up the steep hill near the Miradouro de Santa Catarina viewpoint from where we enjoyed some far reaching views across the river.

Close by, we came across the Praca Luis de Camóes named after Portugal’s most famous poet.  After exploring the streets around this district we returned to the city centre on the same funicular we had come up on then found a bar with a sunny terrace for a glass of beer.  Even though it was winter, it felt luxuriously warm so we removed our coats and soaked up the sunshine for a little while.

We noticed that two museums that were reasonably close to each other had late openings so we decided to take advantage and hopped on the metro (blue line) to Santa Apolonia so we could visit the Museo da Agua (half price with the Lisbon Card).

This fascinating museum all about the city’s water supply is tucked away down a side street in the Alfama district just a 10 minute walk from the metro station.  The main gallery details the history of the Lisbon aqueduct and after exploring this section we continued onto the well preserved pumping station with its original large steam engines dating back to the 1880’s.

Don’t let the topic of the city’s water supply put you off visiting as it wasn’t a bit boring especially if you are interested in engineering as it is a beautifully maintained museum with its high quality displays.

Leaving the water museum it didn’t take us long to reach the Museu Nacional do Azulejo (National Tile Museum).  Entrance is through a very pretty courtyard adorned with plants (admission free for Lisbon card holders).  The museum is located in the former Convent of Madre de Deus and contains a stunning collection of Ajulejo (blue and white decorative tiles) dating from the 15th century to the present day.

The exhibition documents the history of Portuguese ceramic tiles ranging from simple to ornate in style.  We found the building to be just as beautiful as the tiles themselves with displays in the convent chapel alongside ornate oil paintings and ceiling frescoes.  We’d visited numerous museums during the day but it was safe to say that we’d saved the best to last as the tile museum was outstanding and I’d definitely recommend visiting.

After a full day of sightseeing we were feeling slightly jaded so we returned to the hotel for a nice long rest before going out to dinner.  After such cold days back at home in England it had been so good to feel the warm sunshine and we looked forward to more of the same in the days to come.

A week in Porto, northern Portugal 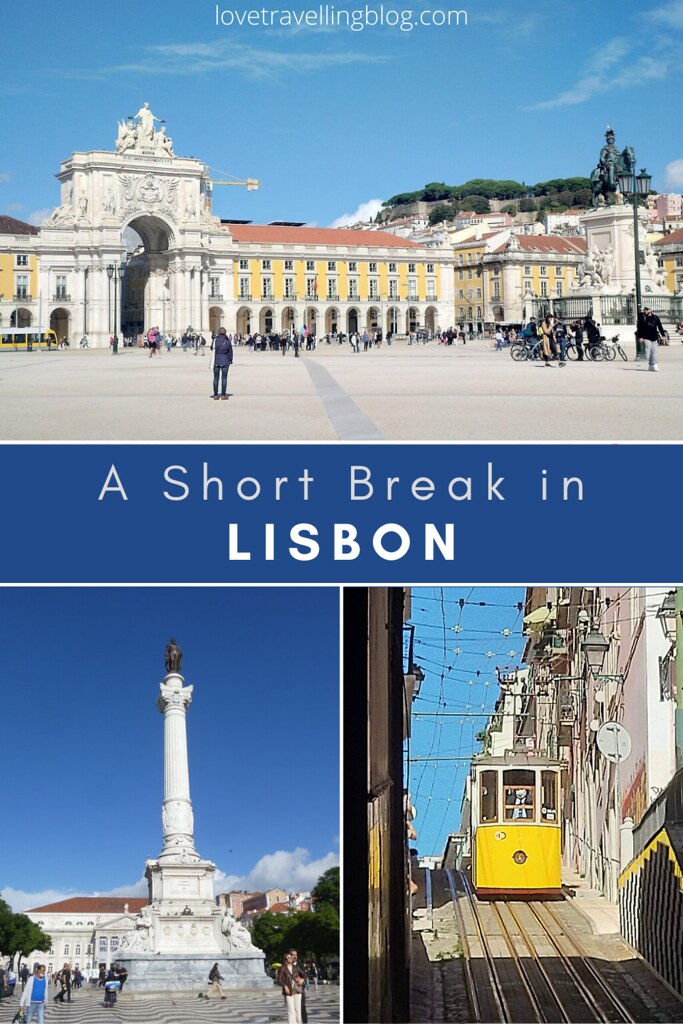