We planned a weekend based in the Regency spa town of Cheltenham and on the way there spent an afternoon at Sudeley Castle nestled in the Cotswold hills.  It is located just outside Winchcombe and only eight miles from Cheltenham.  The castle and gardens are open daily from 10.00 – 5.00 p.m. until the end of October with standard admission £17.75.

Sudeley is the only private castle in England to have a queen buried within its grounds as the last of Henry VIII’s wives Katherine Parr died in the castle.  Her tomb was hidden for almost 250 years before being discovered in 1788 and moved to the castle’s chapel.

As it was our first visit to the castle, a member of staff kindly pointed out a suggested route for us to follow and we then entered the gardens through a stone archway.  In addition to its extensive grounds, Sudeley features ten individual gardens and the first one we came to was the Tithe Barn Ruins beside an ornamental lake.

The castle suffered partial destruction during the Civil War leaving the magnificent remains of the original 15th century baroque hall.  This creates a dramatic backdrop for The Ruins Garden with its deliberate, wild, untouched appearance.

In 1837 the castle was purchased by the Dent family who were wealthy glove manufacturers.  As can be seen from the above photograph, the castle was already in a state of disrepair but over the years the family restored much of the castle and its extensive grounds back to its former glory.

Leading on from the castle ruins we wandered along to the original 15th century west wing of the castle which contains an exhibition entitled Trials, Triumphs and Treasures, highlighting key moments in Sudeley’s history.

The castle was closely associated with some of the most famous of English monarchs including Edward IV, Richard III and Henry VIII.  On display are a collection of fascinating artefacts dating from Roman times to the present day.  These illustrate the history of the castle and include beer jugs belonging to Charles I, lacework believed to have been created by Anne Boleyn and Marie Antoinette’s bed hangings.

Moving on to the east wing we viewed a selection of family rooms open to the public and occasionally used by visitors.  Our self-guided tour took us through the library which contains over a thousand books many of which are over 400 years old, bedrooms, dressing rooms and the drawing room.  Photography is not permitted in this part of the castle but a selection of photos can be found on Sudeley Castle’s own website to gain an impression of its design and layout.

On leaving the castle we then entered the exquisite Knot Garden, a sheltered courtyard comprised of 1,200 box hedges formed in an intricate geometric design. The layout is actually based on the pattern of a dress worn by Elizabeth I, displayed in a portrait hanging in the castle.  Dotted around the gardens are wooden benches in secluded spots, just perfect for a relaxing breather or to enjoy a picnic and in one corner this queen inspired garden artwork.

Our stroll then led us through the Queen’s Garden, Sudeley’s magnificent centrepiece named in honour of four of England’s queens – Anne Boleyn, Katherine Parr, Lady Jane Grey and Elizabeth I as they are all said to have admired the fragrant roses there.  The garden boasts more than 80 varieties which were all looking at their best during our late June visit.

The route of the Queen’s Walk is marked by trellises and a stone pathway leading from the castle to the south side of St. Mary’s Church through the White Garden.  The estate church is dedicated to the Virgin Mary and as a symbol of her purity all of the flowers in this area are white.

The small church still holds regular services and features some beautiful stained glass windows.  To the left of the altar lies the tomb of Katherine Parr who died just a few days after giving birth to a daughter at Sudeley.  She is the only Queen of England to be buried in a parish church.

We then went on to visit the nearby pheasantry as the castle is home to one of the largest public collections of rare and endangered species from around the world.  The castle has a long history of breeding pheasants and is also home to a pair of peacocks which roam freely around the estate.

This concluded our tour of Sudeley, and with it taking us around two hours to see everything we felt that the admission price offers good value.  There’s a cafe and gift shop near the entrance and as parking is close by, the castle and gardens are easily accessible without needing to walk very far.

Having returned to our car, we made the short journey to the medieval market town of Winchcombe less than a mile away.  We managed to find two hours free parking in the square from where we explored the attractive small town with its warm toned Cotswold stone cottages, interesting small shops, historic pubs and tea rooms.

It was a joy to stroll along the high street with its charming old timbered coaching inns little changed from their early days.  Winchcombe was an important centre in Saxon times and became prosperous from its former Benedictine abbey, its wool trade and as a producer of tobacco.  There’s a museum in the centre documenting the town’s history which we would have enjoyed visiting but this was closed at the time of our visit.

The town is popular with walkers as the 42 mile Winchcombe Way is centred on the town following a figure of eight route through some of the north Cotswold’s beautiful countryside whilst uncovering hidden gems.  Near to where we had parked the car we spotted a picturesque terrace of alms houses with gabled porches which were originally built for John Dent of Sudeley Castle.

Back in the car, it was then just a short drive to Cheltenham where we were staying and and looking forward to exploring the following day.  To be continued.

A day in Tewkesbury 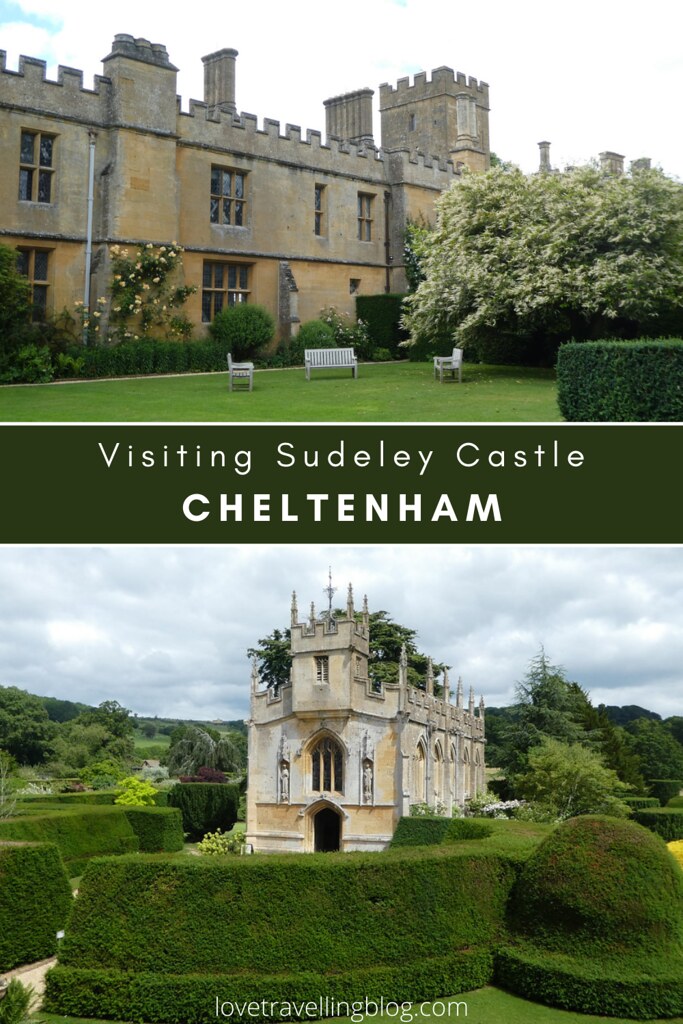