For our final morning in Manchester we planned a canal side walk that would be new to us.  Making good use of our weekend tram ticket, we caught a service to the Etihad Campus taking less than ten minutes on the Ashton Line.  The Etihad stadium is home to Manchester City football club and was originally constructed as part of the sports facilities for the 2002 Commonwealth Games.

As we arrived,  staff were preparing to welcome back 10,000 spectators for their first home match since lockdown restrictions were eased.  It was to be the final match of the season and a momentous one with Manchester City being crowned Premier League champions.

Steps lead down from City Square to the towpath of the Ashton Canal which is 7 miles long and runs from Ashton to the centre of Manchester.  The canal was saved from dereliction in the 1970’s by hardworking volunteers who cleared weeds and rubbish enabling it to re-open to leisure traffic.

Shortly after passing the second lock from the Etihad we had to do an about turn as the path ahead was blocked due to ongoing demolition work taking place ahead.  It was a little frustrating that there had been no mention of this detour earlier as we had to retrace our steps back to the Etihad stadium and follow a road route away from the canal as far as Holt Town.

Finally back on the towpath we enjoyed a peaceful stroll along the canal as far as New Islington,  a modern new neighbourhood that the Sunday Times has ranked as one of the trendiest places in the country to live.

The area was once the city’s industrial heartland and home to a large number of cotton mills earning Manchester its nickname Cottonopolis.  From the 1960’s the mills started to close and the district soon fell into decline becoming an industrial wasteland.

The former textile machinery business Joseph Stubbs towers majestically over the development with its mill having been converted into offices and homes complimenting the cutting-edge architecture overlooking the canal.

Along the waters edge are shops, cafes and restaurants including Pollen, a scandi-style cafe popular for its excellent brunches and trademark ‘cruffin’, a croissant/muffin combination.

Strolling along the footpath we admired brightly painted narrow boats moored in the canal basin and it was so tranquil that it was hard to believe we were just a few minutes walk away from the city centre.

We followed the towpath as far as the Piccadilly canal basin leaving the waterside just beyond the railway station.  From there, we inhaled the heady aromas whilst wandering through the street food market in Piccadilly Gardens before continuing on to Exchange Square to take a look inside the Corn Exchange.

This magnificent Renaissance style building was originally known as the Corn and Produce Exchange and was a hive of activity until the 1950’s when different ways of conducting business led to its closure.  The building has since spent time as a shopping centre and more recently was converted into a leisure complex featuring a hotel and restaurants.  Diners can either eat beneath the beautiful Edwardian glass domed roof or if weather permits, at one of the tables out in the square, definitely one of the best places in the city for people watching.

Adjacent to the Corn Exchange lies the Medieval Quarter, home to the historic Tudor buildings of Shambles Square housing four of the city centre’s most popular pubs with a walkway through to the cathedral.

After stopping off for some lunch, we continued our walk around the city centre shops in the attractive St. Ann’s Square which connects through to the elegant Royal Exchange Arcade filled with upscale speciality stores.

On our way back to the hotel to collect our luggage there was just one more place we wished to visit and that was to view the statue of the mathematician Alan Turing.  In 2011 a life size sculpture of Turing was positioned sitting on a bench in Sackville Gardens, close to the university buildings on Whitworth Street overlooking the Gay Village.

Alan Turing is regarded as the father of modern computer science and it was at Manchester University in 1948 that he worked on one of the world’s earliest computers.  His work took him to Bletchley Park during the Second World War where he is noted for uncovering the settings of the Enigma Machine.

After picking up our luggage we returned to Victoria Station for our train home.  In one corner of the concourse we paused to view a floral tribute marking the fourth anniversary of the Manchester Arena terror attack where 22 innocent lives were lost during an Ariana Grande concert.

On a brighter note, we’d enjoyed yet another lovely weekend in one of our favourite cities and come rain or shine we always find plenty of nice things to see and do in Manchester.

A walk along the Rochdale Canal in Central Manchester 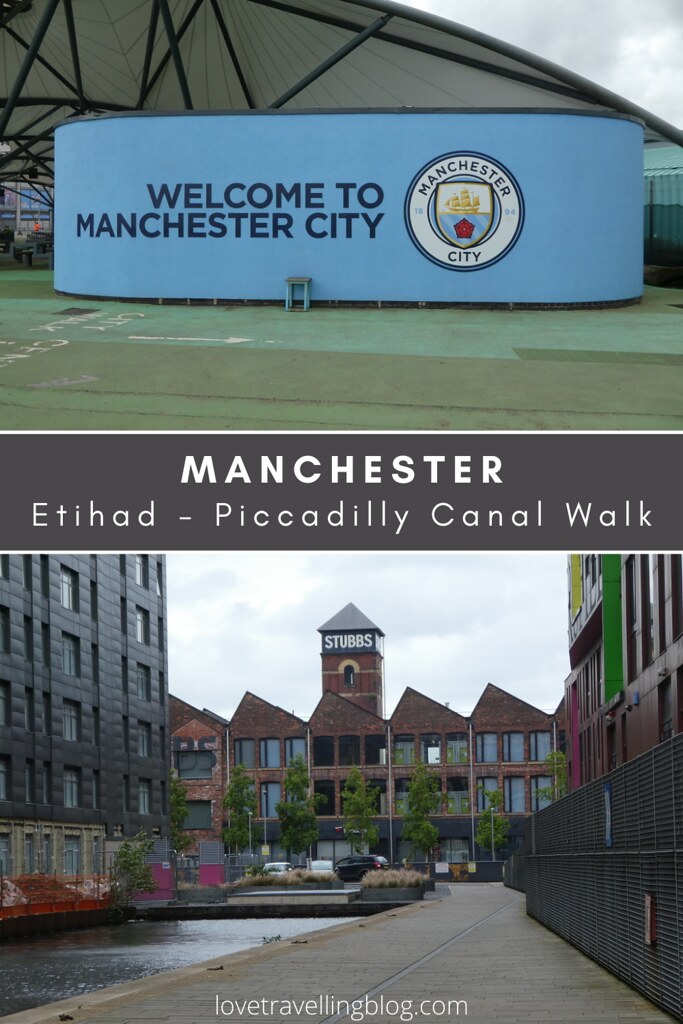