After the previous day’s torrential rain, we opened the curtains to a dull but thankfully dry morning.  After going out for breakfast our first planned activity was a visit to the People’s History Museum in Spinningfields.  We’d booked a timed entry for 11.00 a.m, and arrived promptly to look around this, the national museum of democracy which tells the story about equality, social justice and co-operation.

Entrance to the museum is free and the museum is currently open from 10.00-4.00 p.m. Wednesday to Sunday.  Exhibitions cover reformers, workers, voters and citizens charting people’s lives, their occupations and leisure interests.

Displays include a Victorian Co-op where we learnt that the Co-operative movement started in Rochdale near Manchester in 1844.  It began with a few local people getting together to start a society with the principles of treating local people with respect and providing affordable food for all.

Other interesting things to see included impressive Trade Union banners which were proudly carried on marches, and a mahogany clocking in machine common in mills and factories for recording workers arrival and departure times.

Leaving the museum we strolled through the Spinningfields district which is often referred to as the Canary Wharf of Manchester with its gleaming office blocks, designer shops and restaurants all starting to come back to life.

Our stroll continued along Deansgate passing the former Great Northern Railway company’s goods warehouse.  This magnificent building was completed in 1898 and operated as a three way goods exchange station serving the railway, canal and road networks of Manchester.  In its day, it was considered to be one of the largest and most advanced warehouses in the country.  Thankfully it was saved from demolition and now acts as a leisure development housing restaurants, bars and a cinema.

Just a short distance further and we had reached the Museum of Science & Industry which offers free admission and is currently open Wednesday-Sunday 10.00 – 5.00 p.m.  We had pre-booked a timed entry slot but noticed that they were also accepting walk-ins so you might be lucky if you decide on a spur of the moment visit.

This vast museum is undergoing major restoration work at present with large parts covered in scaffolding.  Closed to visitors are the Power Hall, the Air & Space Hall and the 1830 Warehouse so I will hopefully return next year to document a visit to these exhibition halls when they re-open.  Despite these closures there was still much to enjoy in the museum so we began our self-guided tour in the Textiles Gallery which showcases the city’s heritage interwoven with cotton.  Manchester was once the international centre of the world’s cotton industry and the city was dubbed ‘Cottonopolis’.

On display are various spinning machines including the famous Spinning Jenny which was one of the key developments in the industrialisation of textile manufacture during the early days of the Industrial Revolution, as it started the factory system of cotton manufacture.  Several of my ancestors worked in Lancashire cotton mills operating these types of machines and although I’m sure they made the best of their lives it must have been hard and hazardous work for them to cope with on a daily basis.

Continuing our tour of the exhibition halls we spotted a 1902 Rolls-Royce motor car.  This world renowned company started life in Manchester as the result of a partnership between Henry Royce who was an engineer and Charles Rolls, a motor car pioneer.

After trying out some of the interactive displays testing our scientific knowledge on density of materials we left the museum and caught a tram from Exchange Square to Salford Quays.  Weekend tram tickets covering the entire network cost just £6.80 and offer excellent value as they are valid from 6.00 p.m. Friday and all day Saturday and Sunday.  We equipped ourselves with these and then only had to wait a couple of minutes for an Eccles tram to arrive.  Salford Quays is located near the end of the Manchester Ship Canal and was previously the site of the city docks until their closure in 1982.  It’s now been transformed into a waterfront destination just 15 minutes by tram from the city centre.

The good news was that the sun had decided to put in an appearance making everywhere look so much more inviting.  Located near the MediaCityUK tram stop is Box on the Docks, a series of brightly coloured greenhouses and posh sheds spaced out on the lawns ideally positioned for socially distanced dining.

MediaCityUK is home to BBC North and ITV studios including the ever popular soap opera, Coronation Street whose fictional home Weatherfield is based on nearby Salford.  The BBC’s flagship children’s programme Blue Peter moved production from London to Manchester in 2011 where a new Blue Peter garden was developed.

The garden brought back nostalgic memories for me with its statue of Petra the dog, vegetable patch, pond and foot and hand prints of some of its earlier presenters.

The next place for us to check out was the Quayside MediaCityUK Outlet Mall so we spent awhile in there picking up a few bargains from the Gap and Marks & Spencer outlets.  We’d timed our visit well as it was approaching the time to cross the bridge to reach IWM North, part of the Imperial War Museum housed in a distinctive steel building.

This iconic building represents a globe torn apart by conflict and was designed by Daniel Libeskind.  Admission to this museum is free but at present it’s probably best to pre-book a timed entry slot to avoid disappointment.

Touring the galleries is a moving experience as the powerful stories depict how war shapes lives, from reading a soldier’s last letter home to viewing a twisted piece of metal from New York City’s World Trade Centre – so sad but so real.

A temporary exhibition entitled ‘Aid Workers/ Ethics Under Fire was taking place which explained how aid agencies work, care and protect vulnerable people forced to flee their homes because of conflict.  We found this interesting as it explored the aid workers challenges from an insider perspective.

The sun was still shining as we left the museum so we decided to make good use of our weekend tram ticket and take a ride out to the leafy suburb of Sale on the Altrincham line.  We had visited Sale previously and knew it would be a good place to enjoy a meal and to follow this with a walk along the Bridgewater canal.

Steps leading down to the canal are located just across the road from the tram stop and by the bridge is the King’s Ransom pub offering a perfect waterside setting for alfresco dining.  After our meal, we strolled along the towpath in the direction of Brooklands, passing an assortment of houseboats and brightly coloured hire boats on our way.  After the previous day’s downpour it was an absolute delight to enjoy a canal side walk in the dappled early evening sunlight.

We returned to the city centre from Brooklands station and after such a fun but busy day it was good to remove our shoes and relax back in our hotel room. 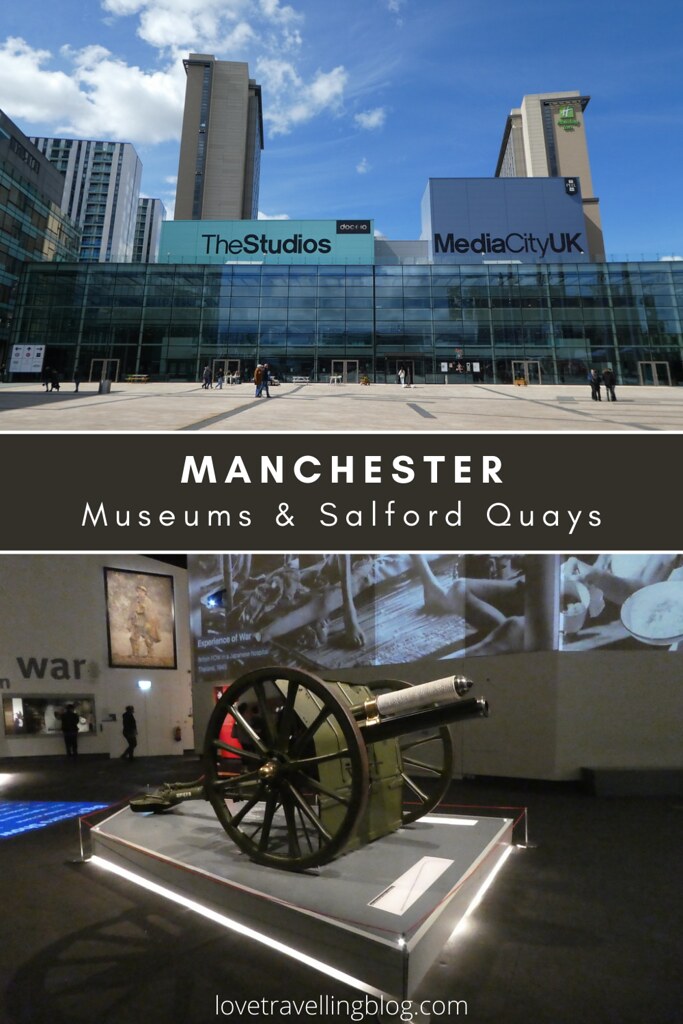 46 thoughts on “Day 2. Manchester – Museums and a visit to Salford Quays”