It was such a warm morning that we were pleased to find tables had been laid for breakfast on the sun bathed terrace, which was such a delight during the winter and definitely the nicest possible way to start the day.

After feeling recharged with an extra croissant and more coffee we headed to Sandy Bay, one of the prettiest beaches located on the east side of Gibraltar.  A big advantage of the territory being so small is that nowhere is far away and everywhere is easily accessible.

After the previous day’s adrenalin fix of e-biking around the Rock, there was more adventure to be had on the calm waters of Sandy Bay in the form of paddle boarding with In2Adventures.  Stand-up paddle boarding (SUP) is a sort of cross between surfing and canoeing, you take a board into the water, stand up on it and use a single oar to propel yourself along.  Sounds easy doesn’t it!  Neither of us had tried it before and Simon was up for the challenge.

Tom Cawthorn, the founder of In2Adventures made us feel very welcome and after a brief induction learning the basics and correct techniques on the beach, soon had Simon out on the water.

The idea is to start in a kneeling position and after getting the feel for the board and paddling move to a standing position.  With guidance from Tom, Simon was standing up and paddling confidently after a few minutes, floating in the shadow of the world’s most famous Rock.

It’s an idyllic place to paddle as the bay is sheltered and safe for beginners, with more experienced paddle boarders being able to take part in SUP safaris around the Rock.  It was hard to get Simon off the water at the end of his two hour lesson as he loved the experience so much and with encouragement from Tom had developed his skills and balance on the board.

Tom and the rest of the team at In2Adventures were very friendly and went out of their way to ensure everyone enjoyed the experience whatever their age or level of expertise.  When we’re back in Gibraltar I’m sure I’ll also be up for the challenge and not just spectating from the beach!

Not far from Sandy Bay lies Eastern Beach, the largest of Gibraltar’s sandy beaches on the Mediterranean coastline and we popped into the beach bar there for a coffee.  It felt lovely to be sitting out in the warm sunshine looking out on the azure blue Mediterranean Sea.  As the beach extends out to the airport runway, it’s a great place for plane spotters and in the short time we were there, we watched two planes come into land.

Back in town, we made our way to Ocean Village for a 90 minute boat trip with Dolphin Adventures, Gibraltar is renowned for its ever present population of wild dolphins and is one of the best places in the world for sightings.  We boarded one of their bright yellow catamarans and enjoyed feeling the sun’s rays as we motored out of the harbour heading out to sea.

As a responsible dolphin watching company, boats stop their engines approximately 60 metres from the dolphins so as not to disturb the pods but as dolphins are naturally inquisitive they like to approach the boat for all to see.  The specially designed viewing boats can cater for up to 70 passengers allowing ample space for everyone to view the marine life from the deck.

I couldn’t believe the number of dolphins we spotted with ease and in the very unlikely event that you don’t manage to see any, a complimentary second viewing trip is offered to ticket holders.  Taking the tour was an opportunity to view these amazing mammals up close as well as providing spectacular views of the Rock of Gibraltar and the Spanish coastline from the water.

In addition to viewing the dolphins we learnt a great deal about them too as we enjoyed an informative live commentary from our guide, a marine biologist.  She explained that dolphins are very sociable with family groups ranging from single figures to several hundred all living and working together to gather food.

The species mainly found in Gibraltar are the Bottlenose, Common and the Striped dolphin and it was fascinating to see the dolphins wild at sea.  They can stay under water as long as 8 minutes without surfacing to take a breath and then come to the surface to blow old air out of their lungs.  This creates the plumes of spray we are familiar with before they suck in some fresh air.  The blowhole seals immediately after breathing to prevent water entering the lungs.

Returning back to shore, there were breathtaking views of Ocean Village with the backdrop of the famous Rock.  We also passed large container ships being refuelled by means of bunkering.

Our dolphin watching trip had been splendid and I couldn’t believe how may dolphins we had come across on the tour.  Like most people, I was aware of Gibraltar being famous for its monkeys but before our visit I had scant knowledge of their large population of dolphins.

Yet another treat was in store for us, as to round off our afternoon we returned to the historic Rock Hotel to partake in the time honoured tradition of afternoon tea on the hotel’s Wisteria Terrace.  The weather was perfect, views across the bay sublime and our afternoon tea absolutely delightful.  We relaxed sipping champagne before indulging in some dainty double decker finger sandwiches, freshly baked scones with clotted cream and strawberry preserve followed by a selection of cakes and pots of tea.

It was just as well that we hadn’t had time for lunch as we were offered such an irresistible spread which we needed to do justice to.  Afternoon tea is available either out on the terrace or in the restaurant, served daily between 4.00-6.00 p.m. and comes highly recommended as a special treat, more details can be found here.

After dark we went down into town for a stroll along the waterfront at Queensway Quay where we’d enjoyed lunch on our first day.  It looked very different at night but equally beautiful being able to see the twinkling lights from the bars and restaurants reflecting on the water.  A perfect end to yet another memorable day in Gibraltar.

A week in Gibraltar

The top of the Rock, Gibraltar 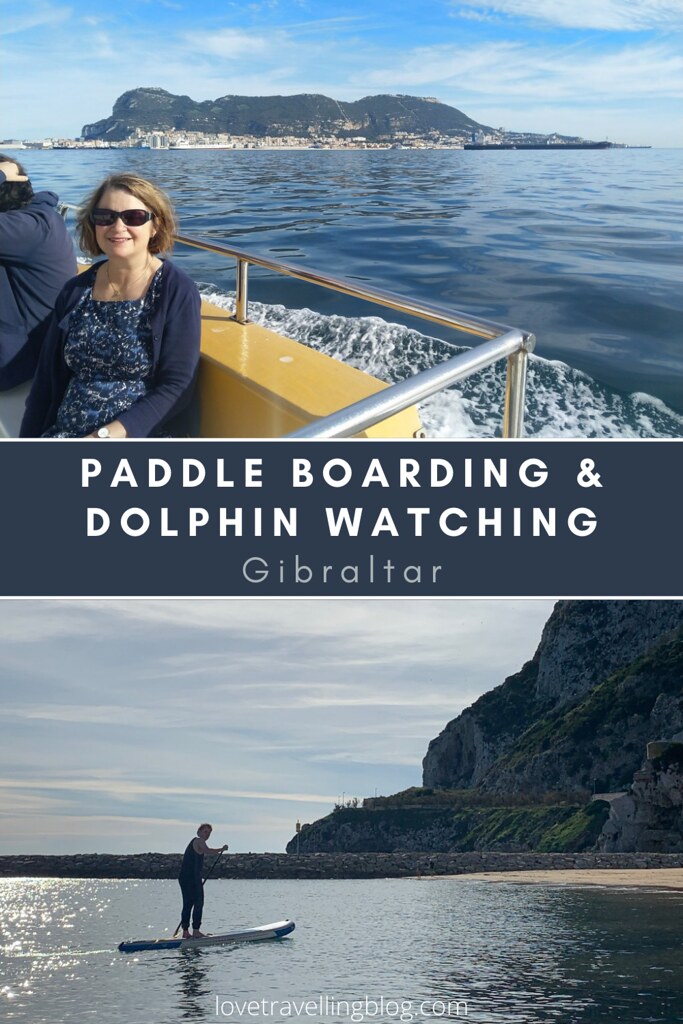