There’s little need to hire a car whilst staying in Porto as there are numerous interesting places to visit which are easily accessible by train.  So, for the third morning in succession we took the now familiar route to the São Bento station, this time for a train to Aveiro.  Return fares are priced at €7.60 with a journey time of 80 minutes.

Averio’s old station stands next to the one we had just arrived at and shouldn’t be overlooked.  It was opened in 1916 and its exquisite blue tiled panels known as azulejos depict traditional scenes from Aveiro and around the region.

Leaving the station it was a ten minute easy stroll into the town centre reaching the newer part first.  Here we got our first glimpse of one of Aveiro’s canals for which the town is often referred to as the Venice of Portugal.  Canals criss-cross the town and connect to the Atlantic Ocean.  They are fed by Aveiro’s lagoon and give the small town its character.

We spent a short time glancing in the canal side Forum shopping centre which features a classical design over two floors with a connecting central walkway.  It’s been tastefully designed to blend in with the surroundings and includes picnic areas and rooftop cafes.  Its shops are the usual high street brands but its appearance is more attractive than a regular shopping mall.

After continuing a little further along the banks of the central canal we had arrived at Praca Humberto Delgado, the heart of Aveiro’s historic centre.  With its stylish art nouveau houses and canal boats it almost felt as if we had been transported to Venice.

Whilst Venice has its gondolas, Aveiro has its moliceiros to transport tourists around its maze of canals.  Boat trips depart from the quayside and are €13 for a 45 minute trip.  I’d never heard of moliceiros and I suspect that many of my readers haven’t either.  The boats are of a long, narrow shape and are propelled by the use of a long pole or on the narrower canals via a towpath cable.

The boats were designed for harvesting seaweed in the lagoon that was then used as a fertiliser for the local sandy soil.  Their low edged design was perfect for gathering seaweed and the long, shallow body ideal for navigating the shallow waters.  The trade died out with the introduction of modern fertilisers but the old boat building techniques were revived in recent years to build a fleet of tourist boats.  Paintings on the bow and stern depict traditional scenes around Aveiro, many of a humorous nature.

We then wandered inland from the main square, strolling along narrow cobbled streets lined with small shops and brightly painted fishermen’s cottages.  This led us to the Canal de São Roque which did not have quite as picturesque an outlook as the central canal we’d strolled along earlier.

This canal did have a very unusual footbridge though, the Aveiro pedestrian bridge is unique as it connects the three banks of two canals together so we did a loop of it whilst watching one of the tourist boats drift along beneath us.

We returned to the centre from there and whilst walking along, had pleasure in looking down at the pavement art.  Everywhere that we have visited in Portugal, Madeira and Macau have small black and white mosaic designed pavements, known as calçada mosaics.  Here in Aveiro they take a maritime theme including boats, anchors and seahorses.

Back in the centre we were ready to eat so we crossed the bridge of the central canal and headed up to the Praca da Republica where we found the perfect spot on the terrace of Cafe Madre overlooking the Igreja da Misericordia.

After tucking into toasted sandwiches and glasses of beer, we couldn’t resist sampling the local delicacy of Ovos Moles (soft eggs) for dessert.  These are made with egg yolks and sugar and encased in rice paper.  The recipe originated in the local convents and was passed down to the townsfolk when the religious institutions closed.  Ovos Moles are inspired by Aveiro’s proximity to the sea and the abundance of shellfish in its lagoon and are hand shaped to resemble clams and whelks.  My verdict, delicious but very sweet so I’d recommend just having one or two.

Lunch over, we took a quick look at another attractive building in the square which was actually the main library and then set off in the direction of the Parque Dom Pedro Infante (city park) about a ten minute walk away.

The park is in two sections divided by a road with open parkland to one side and shady woodland trails and a boating lake on the other.  An art nouveau bandstand and a stone colonnade were other interesting features and it would be an ideal location for a picnic.

It was then time to return to the station and on the way we passed the Mosteiro de Jesus convent, constructed between the 15th and 17th centuries.  It’s famous for having Joanna, Princess of Portugal and the daughter of Afonso V as a resident.  Because she was in the Royal line she was unable to take her solemn vows but lived a modest life in the convent.  Since 2011 the monastery has been a religious art museum.  Not far from the monastery lies the Baroque cathedral which we also admired from outside.

Back in the station, our train was slightly delayed but it didn’t matter, we’d spent a lovely few hours exploring Aveiro and being flat, it had given our calf muscles a rest from all the steep hills and flights of steps we’d trudged up and down so far!

A week in Funchal, Madeira 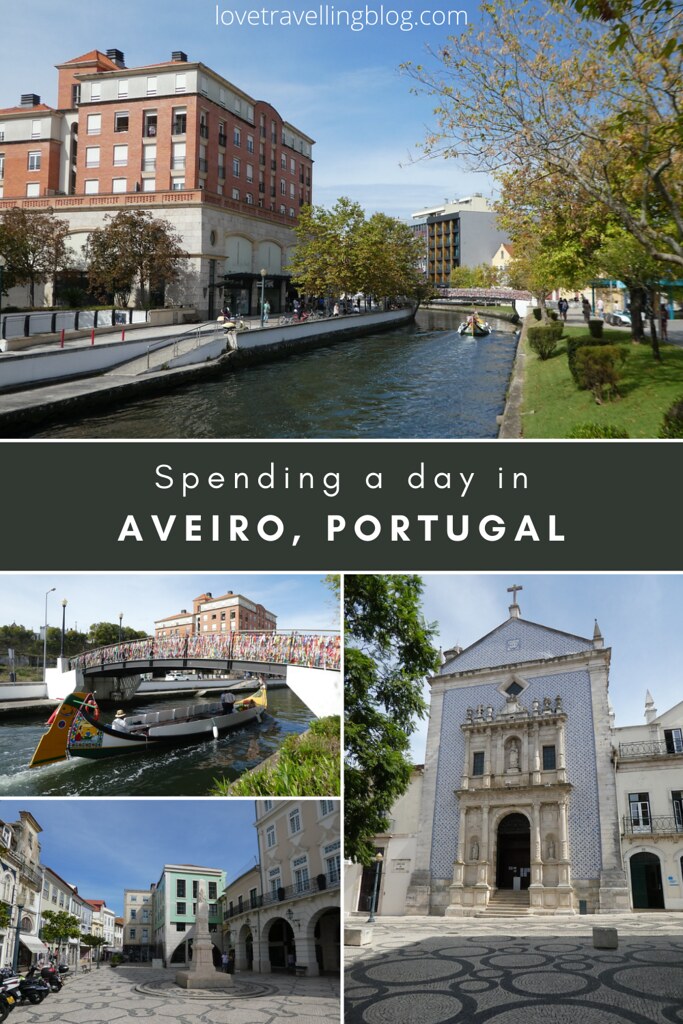