Nuremberg’s history is complex with its symbols of power from the days of the Holy Roman Empire in Germany to its dark Third Reich history as the ‘City of the Nazi Party Rallies’.  On our final morning in the city we took a tram to to the south east of the city to view the Nazi Documentation Centre and Rally Grounds. (Admission €6 and included in the Nuremberg Card).

The complex where the National Socialists held six rallies between 1933-38 covers approximately 4 sq. miles.  The Documentation Centre housed in the former congress hall was undergoing re-development at the time of our visit but an interim exhibition provided us with an overview of the history of the site.  This included a short video outlining the different buildings and monuments on the rally grounds, alongside a background to the rise of the Nazi party and the rallies held there.

On leaving the exhibition hall we walked beside the Dutzendteich Lake where information boards are located at various points providing more information of the actual locations and of how the site has been preserved since 1945 as a testament to the city’s history.

Our stroll took us along the vast parade road where Hitler supporters flocked to a series of mass rallies and to watch parades and processions.  Looking back we could see the curved façade of the congress hall made to seat up to 50,000 of his supporters.

After exploring the rally grounds we took the train to the central station then the metro across the city to Barenschanze so that we could visit Courtroom 600 of the Palace of Justice where the Nuremberg Trials took place.  (Admission €6 and included in the Nuremberg Card).

The building was chosen as the location of the major War Criminals Trials for the surviving German Nazi leaders of the Second World War.  The choice of Nuremberg was symbolic as the Nazi Party had held its large rallies on the site we had just visited.  The city’s court was sufficiently large to host the trials and was connected by an underground tunnel to a prison from where the defendants could be securely transferred.

We then visited the notorious Courtroom 600 where the major War Criminals Trials took place between 20th November 1945 until 1st October 1946.  Seated in the courtroom we listened to the audio guide detailing the scale of the operation and the significance of the courtroom.  We learnt that eight judges were appointed, two from each of the allied nations, Great Britain, France, USA and the USSR.  The trials lasted much longer than anticipated and became the most expensive courtroom trials ever.

Leaving the sombre mood of the Nuremberg Trials behind we took the UBahn to Rathenauplatz so that we could visit the Tucher Mansion built between 1533-1544.  Now a museum, it’s galleries recreate the world of Nuremberg’s 16th century merchant families.  Entrance to the museum is €6 (included in the Nuremberg Card).

We began by exploring the grand entrance hall with its two vaulted ceilings and adjoining treasure chambers.  We then continued upstairs to view the former Tücher family living quarters, dining room, study and banqueting hall.  Numerous furnishings, tapestries and paintings on display are original to the family home from the 15th and 16th centuries.

A door leads out into the Renaissance Garden with steps up to the Hirsvogel Hall next door.  The hall features wood panelling adorned with antique themes and a painted ceiling showing the Fall of Phaeton.  Visiting Tücher Mansion and the adjoining Hall had been very interesting and we were pleased to have been able to view its grandeur.

Upon leaving the museum we returned to the metro and made good use of our Nuremberg Cards by retracing our steps somewhat going back past the courtroom stop on the way to Furth a neighbouring city fifteen minutes from Nuremberg.  The centre is noted for its architecture as it suffered only a few air raids during the Second World War leaving the majority of its buildings intact.

Fürth has more than 1,000 listed historical monuments, many of them along the Gustavastraße, one of the prettiest streets in the old town with its original half timbered houses.  Along here we called into a cosy cafe to warm up with cups of coffee.

We then continued onto the town hall, its design taking inspiration from the Palazzo Vecchio in Florence.  Another city centre landmark is the church of St. Michael which is the oldest standing church in the city.

Our afternoon stroll continued along the grand Hornschuch Promenade which is lined on both sides with neoclassical mansions.  Germany’s first railway, the Ludwigsbahn used to run down the middle of the road but this has since been replaced by a lawned park surrounded by hedges and trees.

We then returned to Nuremberg where we had a final walk around parts of the old town and enjoyed a leisurely meal in one of the traditional beer halls.  After collecting our luggage from the hotel we caught the metro to the airport for our late evening flight home.

Our weekend in Nuremberg had flown by as we’d enjoyed every minute of our time here.  This picturesque city combines beautiful architecture with world class museums and visitor attractions, and being compact is easily walkable.  We travelled to Nuremberg with Ryanair from London Stansted and since our visit BA have launched a new route from London Heathrow.

We were guests of Tourism Nuremberg and as always all views and opinions are entirely my own. 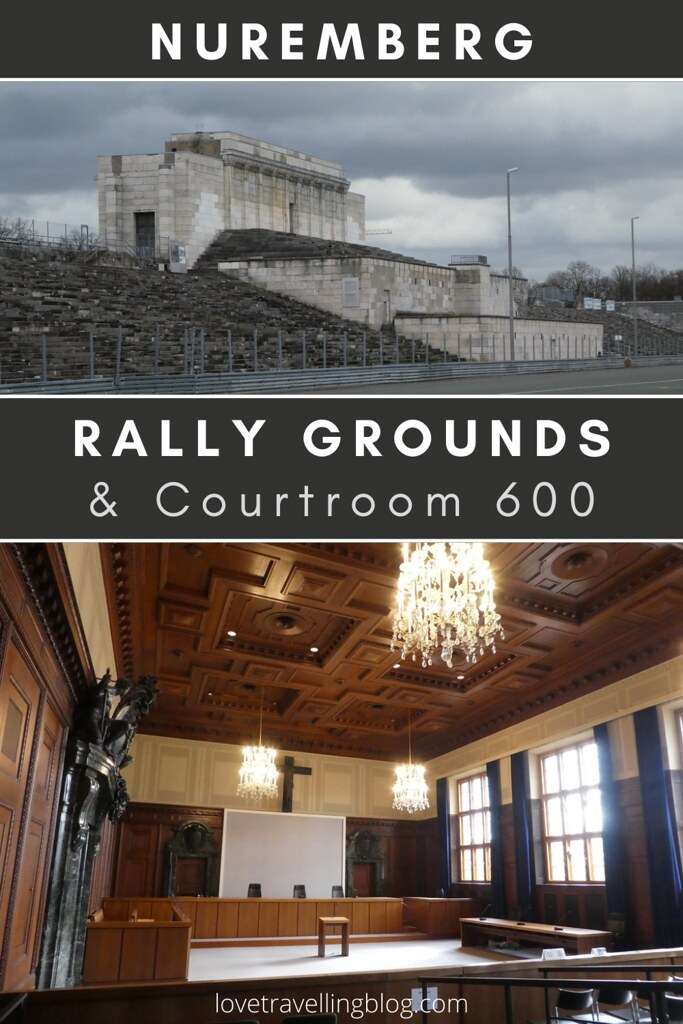