Our stay in Lisbon was drawing to an end but we still had a few hours left on our final day for exploring more of this beautiful city.  After one final hearty breakfast in our hotel we took the metro to the Praca Restauradores for a ride on the Elevador da Gloria which links the Baixa district up to Bairro Alto.

All three of Lisbon’s funiculars were designed by an engineer from Porto who was an apprentice of Gustave Eiffel famed for designing the world famous Eiffel Tower in Paris.  The Elevador da Gloria was originally water powered when it opened in 1883, becoming steam powered the following year and then converted to run on electricity in 1915.

It still retains its original characteristics with polished wood bench seats and driver’s cab.  Travel on the funicular is included in the Lisbon Card and with one day travel tickets.  Near the top station there are some splendid views over the city as far as Alfama and the Lisbon Castle.

After enjoying our ride on the funicular we decided to take a look at the Rua de Carvalho now better known simply as Pink Street which was five minutes walk from Cais do Sodré.  This part of the city lying close to the river was once popular with sailors passing through the port and gained a bad reputation as the city’s red light district.  Since 2011 the dilapidated area has been completely redeveloped attracting both locals and tourists alike to its bars, restaurants and clubs.

Despite many people objecting to the idea of gentrifying the district and to painting the street pink it has become a sought after location.  As we visited late morning it was very quiet but I’m sure that it would have looked very different if it had been later in the day.

Moving on, we boarded one of Lisbon’s bright yellow trams and then took a metro train to Oriente station which lies in the eastern part of the city close to the airport.  The district is home to the Parque das Nacöe, the former site of the 1998 World Trade Fair.  This event was planned to coincide with the 500th anniversary of Portugal’s greatest seafaring expedition of Vasco da Gama’s arrival in India in 1498.  We began a tour of the riverside area starting at the Torre Vasco da Gama.  This 140m high tower is constructed of steel and represents the sail of a caravel which was a 15th century Portuguese sailing ship.  It’s not open to the public but a feature of the park that can be seen from afar.

We followed a pleasant tree lined esplanade along the water’s edge from where we could see the Ponte Vasco da Gama.  This bridge is 17 km (11 miles) long and connects Lisbon with Montijo.  It is Europe’s longest bridge and has been designed to withstand earthquakes and strong winds.  The bridge opened to coincide with the 1998 World Trade Fair and is named in honour of the great explorer.  Running along the length of the park is the Telecabine cable car which glides 30m above the River Tagus between the Vasco da Gama Tower and the large oceanarium, another popular attraction on the site.

Continuing, we wandered through the gardens which are designed to represent Brazil, Goa, Mozambique, Indonesia and the Azores all of which were discovered by Portuguese explorers.  There was little in flower during our winter visit but the gardens must look beautiful during the summer months with planting reflecting the different countries.

To conclude our visit we had lunch in the food court on the second floor of the Centro Vasco da Gama which is a large shopping mall continuing the maritime theme as it has been designed to represent a cruise liner.  The shopping centre contains a mix of the usual high street brands, cafes and restaurants with a large supermarket in the basement.

It was then time to return to the airport for our flight back to Bournemouth.  Our short break in sunny Lisbon had been the perfect winter destination to escape the damp cold days back home and an opportunity to explore this fascinating capital city at a quiet time of year.

Our visit was supported by Visit Portugal and as always all views and opinions are entirely my own.

A week in Porto, northern Portugal 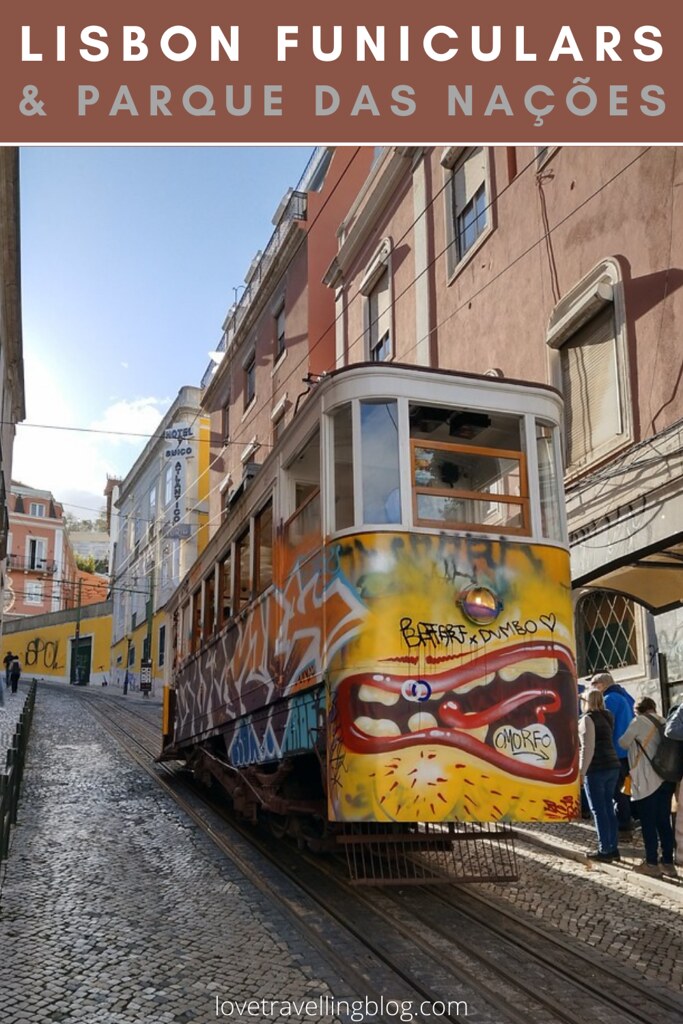