All good things have to come to an end and before we knew it, we had reached the final day of our Scottish holiday.  Our train home wasn’t until 6.30 p.m. though so we had the entire day to explore Edinburgh.

After checking out of the lovely Altido Vita aparthotel and leaving our luggage to collect later we headed into Edinburgh’s new town north of the city centre.  Stockbridge is a short 15 minute downhill walk from Princes Street through the beautiful Georgian neo-classical streets of the new town.  If you don’t feel like walking up and down the steep hills buses 24 and 29 will quickly take you to Raeburn Place from the city centre.

Until the mid 18th century Stockbridge was a separate part of Edinburgh but as the new town grew it became part of the expanding city.  Stockbridge is one of my favourite districts with its village feel, high class small shops and its range of smart gastropubs and cafes.  Being a Sunday, the weekly Stockbridge Market was taking place on Saunders Street.  It’s always a joy to wander around the stalls where small traders display their artwork, crafts and candles.  It’s also foodie heaven with local farmhouse cheese, fish, olives and artisan beers, with tables and chairs set out to enjoy the wide variety of street food on offer.

Small shops line Raeburn Place with almost all of them open on Sundays.  They are so appealing that I can’t recall strolling along without being tempted to buy something.  Outside St. Bernard’s Bar was a gathering of St. Bernard dog owners with their real life St. Bernards.  I’m unsure if this is a regular meet up but it must have been pre-planned to see so many of them together.

To one side of the stone bridge from which Stockbridge takes its name is a short flight of stone steps leading down to the Water of Leith walkway.  This riverside footpath runs for 12 miles from the outlying village of Balerno to the port of Leith with numerous joining points along its route.

It was just a short distance to the Royal Botanic Garden but nonetheless a very pleasant stroll along a well maintained shady path sufficiently wide to cater for both pedestrians and cyclists.  The path doesn’t always go directly by the water but is clearly signposted when it diverts inland for short stretches.  The walkway then runs parallel with the gardens in the Inverleith area of the city before taking us near to east gate entrance on Inverleith Row.

The Edinburgh Royal Botanic Garden was founded in 1670 by two doctors who studied medicinal plants.  After originally being located in Holyrood the garden was then re-located to Inverleith in 1870.

The garden covers 72 acres with more than 10,000 plants divided into various areas each dedicated to a variety of vegetation.  The glasshouses are the only part of the garden that are not free to visit but although we would have liked to have taken a look inside they were yet to re-open.

It was a lovely sunny day, just perfect for strolling around the landscaped gardens and relaxing awhile on a wooden bench among the flowering plants.  Highlights of the garden include the Queen Mother Memorial Garden designed to represent her love of travelling in Scotland with a Celtic style maze planted with Bog Myrtle evocative of the landscapes around the Castle of Mey, her Scottish home.

The herbaceous border created in 1902 was looking impressive with its colour graded planting scheme starting and finishing with purples and blues and going through shades of yellow and red in the middle.  Rhododendrons and azaleas were also flourishing, adding splashes of colour to the Woodland Garden.

Magnificent tall Redwood trees line the John Muir Grove, named in honour of the Scottish born writer and conservationist who founded the US National Park system.  Planted in the 1920’s many of these trees now reach heights of up to 24m.

Yet another interesting feature is the Chinese Hillside recreating an expanse of south west China and containing one of the largest collections of Chinese plants cultivated outside of the country.

Inverleith House was built for Sir David Rocheid (1715-1787) as his family home and as a centrepiece to the estate before it was sold to the Royal Botanic Garden and this is now home to a museum and exhibition space overlooking an ornamental pond (currently closed).

On leaving the gardens by their other west gate on Arboretum Place we retraced our steps back to Stockbridge and then back uphill to Queen Street in the new town.  If you don’t fancy the hike back uphill then buses 8, 23 and 27 all pass near the garden on their way back to the city centre.

As we were on Queen Street it was an ideal opportunity to visit the Scottish National Portrait Gallery.  This red sandstone magnificent neo-gothic palace opened in 1889 as the world’s first purpose built portrait gallery.  The exterior of the building is adorned with 31 figures from Scottish history and stepping inside, the Great Hall is a work of art in itself.  Portraits of famous historical figures including Sir Walter Scott and Robert Burns line the walls alongside more recognisable recent portraits such as Sir Chris Hoy, one of the greatest Olympic cyclists and the comedian/ actor Billy Connolly.

Leaving the gallery, we enjoyed one last meal on elegant George Street, another of Edinburgh’s main shopping streets and one of my favourites with its boutiques and smaller high-end stores.  It was then time to return to the hotel to collect our luggage before returning home on our early evening train from Edinburgh Waverley after such a lovely week in Scotland.

During our stay in Edinburgh we were guests of Altido Vita. 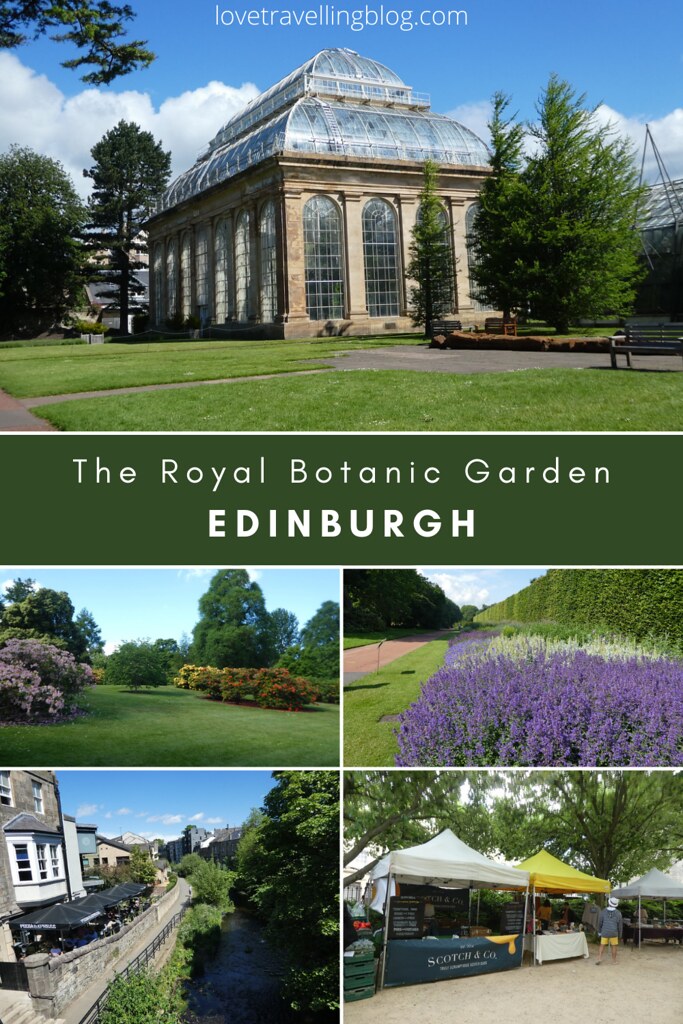