After almost four months of lockdown the sheer novelty of boarding a train was an uplifting experience, just sitting gazing out of the window at the changing scenery as our journey progressed.  We’d planned a four day city break in Liverpool which is located in north west England on the banks of the River Mersey.  It’s a city we were unfamiliar with but one we were eager to explore.  Between the 18th and 20th centuries Liverpool was a major trading and migration port and in more recent times has become famous as the hometown of ‘The Beatles’.

Our train arrived into Lime Street station at noon and after grabbing a cappuccino from Costa we made our way to the Quest Liverpool City Centre Aparthotel just a short five minute walk from the station.  The hotel is located on Church Street, one of the city’s main pedestrianised shopping thoroughfares.  Check-in was quick and efficient and we were pleased to be able to access our apartment almost three hours ahead of the usual arrival time.

Our spacious, modern studio was well equipped and had everything needed for a comfortable stay.  Views from our fourth floor windows looked over the front of the building from where we could watch all the activity along the high street with shoppers taking advantage of the sunshine and the re-opening of retail.

After quickly unpacking, we were soon ready to start exploring and decided to head to Liverpool’s historic waterfront, taking us fifteen minutes on foot.  Strolling along the banks of the River Mersey is an unforgettable experience as the Pier Head forms part of Liverpool’s UNESCO World Heritage Site.  The famous Liverpool waterfront is without doubt one of the most beautiful parts of the city.  Pier Head was the point of departure for millions of migrants from Europe to America and further afield.  The elegant skyline is dominated by three majestic early 20th century buildings referred to as The Three Graces and were constructed as symbols of the city’s international prestige.

The Royal Liver Building – This iconic building was designed by Aubrey Thomas as the headquarters of the Royal Liver Friendly Society.  Sitting on top of the clock towers are two huge Liver Birds, each 5.5m (18 feet high).

The Liver Birds are the emblem of Liverpool as they relate to the city’s maritime heritage.  One Liver Bird looks out across the River Mersey and is said to represent the wives who stayed at home gazing out to their sailor husbands at sea.  The Liver Bird facing the city is believed to represent the sailors out at sea who are looking back to the city and their families.  The building is now used as offices of several prestigious companies.

The Cunard Building – Next door stands the equally beautiful Grade 2 listed Cunard Building designed in a style influenced by the Italian Renaissance and Greek Revival.  Sculptural portraits of people from around the world can be seen above the ground floor windows, symbolising the global operations of the company.  Since the building first opened and until the late 1960’s it was the headquarters of the Cunard Cruise Line which still operates today.

Port of Liverpool Building – This domed Edwardian Baroque building was the first of the Three Graces to adorn the waterfront opening as the headquarters of the Mersey Docks and Harbour Board where they resided for 87 years.  Liverpool’s docks dominated world trade in the 19th century with 40% of global trade passing through these docks.

Dotted along the waterfront are numerous statues and monuments, the most popular is the one of The Beatles who rose to fame from their hometown of Liverpool.  The statue was given to the city by the Cavern Club – the venue synonymous with the Fab Four in the 1960’s.  It commemorates 50 years following their final appearance in the city’s Empire Theatre in 1965.  The bronze sculpture depicts the band walking along the Mersey reflecting a real photo-shoot and it has since become a place of homage for fans visiting Merseyside from all parts of the world.

Ferry boats depart from Pier Head across the River Mersey and I’m looking forward to returning when they are operating a normal service to enjoy the views from the perspective of the water whilst listening to the sounds of the iconic Gerry and the Pacemakers 1960’s melody ‘Ferry Cross the Mersey’.

Moving on slightly, in stark contrast to the majestic, historic buildings stands the Museum of Liverpool, a landmark building completed in 2008 and dedicated to the history of Liverpool and Merseyside.  I’ll leave you to ponder its modernist features but I’m told there are stunning views to be enjoyed from its top floor viewing gallery when it re-opens shortly.

Among the splendid buildings located in and around Pier Head is the Great Western Railway warehouse.  Parts of this building are more than 250 years old and an unusual aspect is that the Great Western never actually ran a service to Liverpool.  GWR ran trains over in Birkenhead with connecting ferries and cargo boats for passengers and goods over to Liverpool.  The warehouse has been restored to its former glory and now forms an open-air museum.

Continuing a few steps further we had now arrived at the entrance to Albert Dock.  Positioned just in front of the Pier Master’s House we came across a statue of yet another Liverpool legend, that of Billy Fury, who was often referred to as the Elvis Presley of Great Britain.  The sculpture looks out over the Mersey reflecting on his time working as a deck hand on the Mersey River tugboat, The Formby before becoming a Rock and Roll legend of the early 1960’s.

Pier Master’s House on Albert Parade was originally built in 1852 for the Pier Master and his family.  His role was to ensure the safe passage of ships entering and leaving the dock at high tide.  It’s more recently been transformed back into a wartime house complete with period furniture and everyday objects of the time including ration books and gas masks.

Albert Dock was officially opened by HRH Prince Albert in 1846 and is characterised by its monumental dockside warehouses grouped around a system of docks.  In 2018, it was granted a Royal title to mark its role in the city’s maritime history.  Today, Royal Albert Dock is one of the largest groups of Grade 1 listed buildings in England and remains an example of one of the world’s major trading centres.

It’s a delight to stroll beneath the colonnades surrounding the docks which comprise a series of buildings and warehouses. These were the first of their kind to be built from non-combustible materials of cast iron, brick and stone.  At the time of its construction Albert Dock was considered to be revolutionary as ships were able to be loaded and unloaded directly to and from the warehouses.

In 1986, the Merseyside Maritime Museum was the first museum to open in the Dock, located in an old warehouse that was used to store tea, silk, sugar and spirits.  Since then it has also become home to the International Slavery Museum, Tate Liverpool, The Beatles Story and numerous hotels, shops, bars and restaurants.

Despite these attractions not being open it was still a pleasure to wander around admiring the boats and stopping off at one of the cafes for drinks on its sunny terrace.  We couldn’t have been luckier with the weather as it was truly spring like with clear blue skies and unusually warm April weather.

After leaving the Dock we crossed the road leading to Liverpool One, a gleaming development containing over 170 stores and restaurants spanning Paradise and Hanover Streets.  It was constructed on the site of the former Old Dock which had been infilled back in 1826.  From a viewpoint located outside the John Lewis department store, it was interesting to see part of the original walls of the old Dock.

Chavasse Park forms a scenic link between the waterfront and the city centre.  Beautifully landscaped gardens with winding pathways lead up a terraced hillside with graduated steps to the roof terrace of Liverpool One.

The lawned terrace seemed to be a perfect place to either meet friends for a picnic or for outdoor dining at one of the many bars and restaurants surrounding the lawns.  From there doors lead into the shopping mall where we enjoyed a much needed dose of retail therapy after enduring such a lengthy spell of store closures.

Leaving the shopping mall by a different exit our attention was drawn to an elaborate green and gold wrought iron structure at the southern end of Paradise Street.  On inspection, we discovered it was the original gate to the Liverpool Sailors’ Home, which once stood on almost the very same spot.  For more than a hundred years the home provided accommodation to thousands of mariners from all corners of the world until its closure in 1969.

We then gradually made our way back towards the hotel taking a short detour to view one more landmark, that of the beautiful Blue Coat building located on School Lane, just off Church Street.  This exquisite Grade 1 listed building was constructed in 1717 as a charity school and is the oldest surviving building in central Liverpool.  Following the school’s move to another site it became the first Arts Centre in the UK.

Back in our apart-hotel we reflected on our wonderful introduction to maritime Liverpool and looked forward to the coming days and to discovering more of what this fascinating city had to offer.

A short break in Cheshire 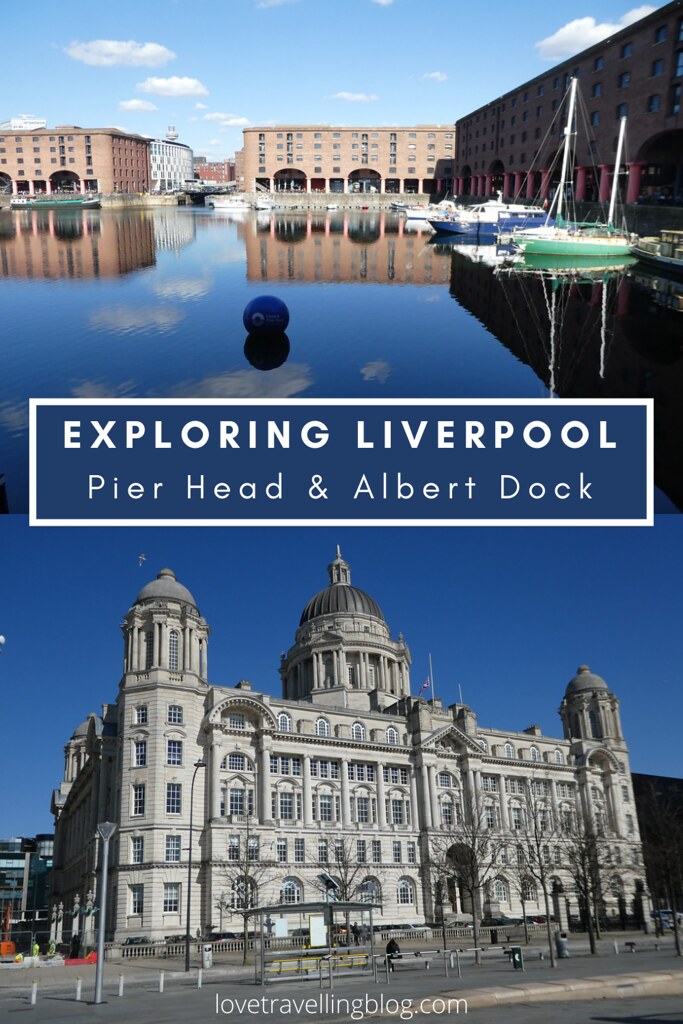