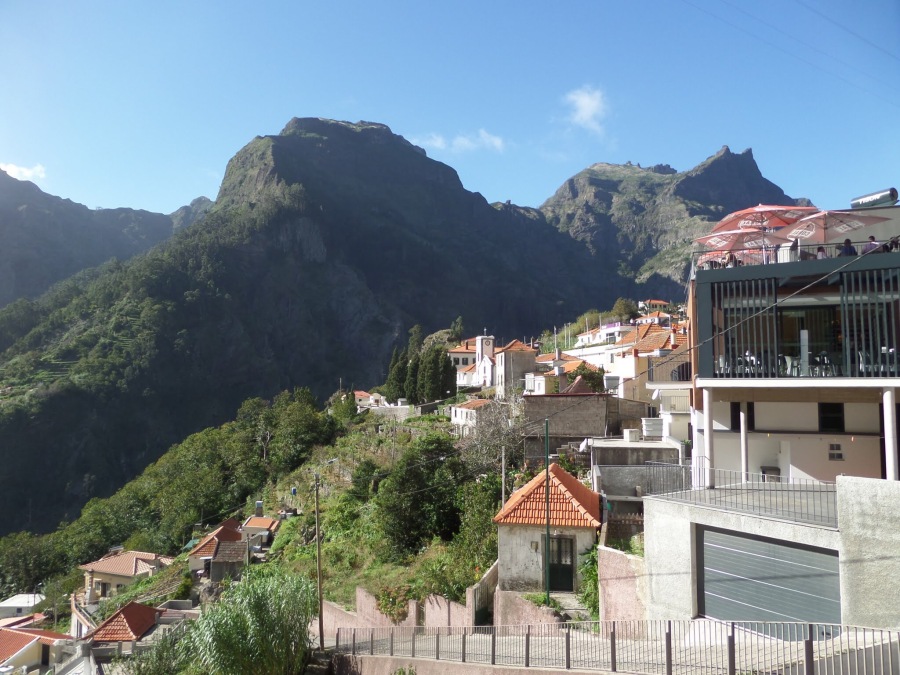 It was a cloudy morning but still warm enough to enjoy breakfast out on the hotel terrace. We lingered over our coffees longer than usual as we didn’t have any specific plans until the afternoon.

Sauntering down into the centre of Funchal we noticed that two more cruise ships had arrived in port.  A little further along the seafront we spotted crowds gathering and, being inquisitive,  stopped to take a look ourselves.  Standing in front of the cenotaph we watched the annual Remembrance Day Service, it was 10.30 am on 11th November and civic dignitaries were gathered alongside members of the Portuguese armed forces with war veterans proudly holding aloft flags of their battalions.  It was a moving occasion and we paused to reflect on all those service men and women who gave their lives during wartime.

A short rest back at the hotel and at 1.30 pm we boarded a minibus along with six other people for an afternoon excursion into the mountains.

We were the final passengers to be picked up and this proved to be a bonus as we were invited to sit at the front of the minibus alongside the driver.  Our first stop was just above Funchal at Picos dos Barcelos, a viewpoint from where we had excellent views down to the harbour and of the surrounding coastline.

The evening followed a usual pattern of strolling down to the centre of town, enjoying a meal in one of the many restaurants , returning along the promenade and then relaxing in the hotel lounge over a drink whilst listening to the live entertainment.  During the evening we listened to a very talented singer / saxophonist on stage who was proving popular with the audience.