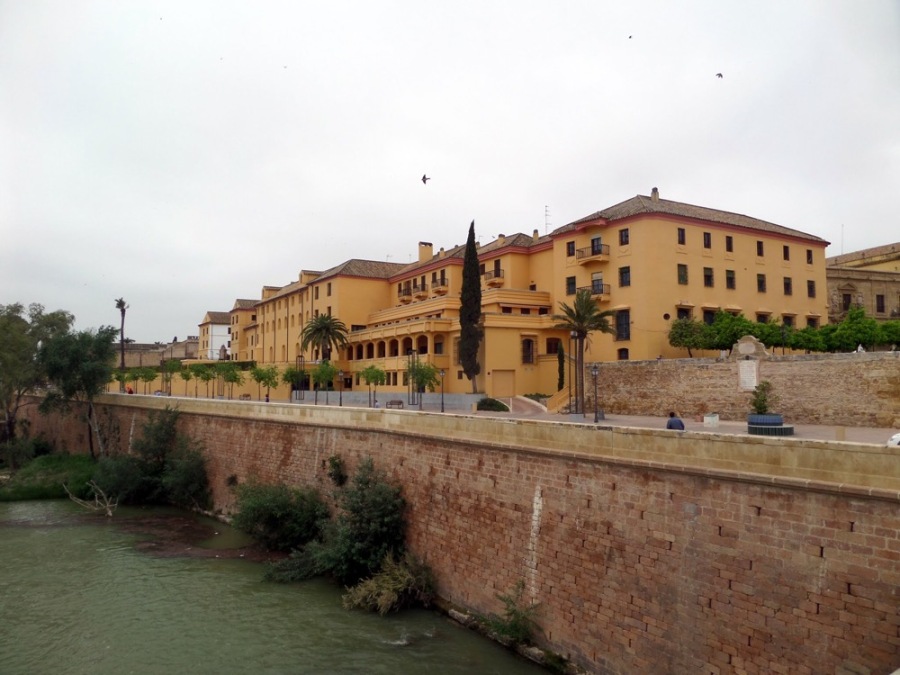 It was off to Seville’s main rail station, Santa Justa for the 1 hour 20 minute journey to Córdoba.  It was a cool, overcast day, the temperature feeling much lower than in Seville.  Cordoba was founded by the Romans and it became a major port city used for shipping olive oil, wine and wheat to Ancient Rome.

Córdoba then became the capital of the Moorish kingdom of El-Andaluis when work began on the Great Mosque ‘Mezquita’ which after numerous alterations and several centuries later became one of the largest mosques in all of Islam.  The city was then re-conquered by the Christians in 1236 who built their cathedral in the midst of its arches and columns creating a mosque / cathedral.

Our first stop was to visit the Great Mosque, and marvel at its sheer size and beauty. A wedding was taking place in the cathedral so we watched as the bride and groom appeared at the great door.  It would be difficult to choose a more romantic setting to exchange marriage vows.

A quick look at our map set us on our way to view more of Cordoba’s treasures.  In addition to the Mosque / Cathedral, Cordoba’s magnificent collection of buildings include the Alcazar (Fortress), the Calahorra Fort, constructed by the Arabs to guard the Roman bridge on the far side of the river, and the ancient Jewish Synagogue, now used as a museum.

Both food and surroundings couldn’t be beaten.  We’d definitely eat there again if we returned to Córdoba.  It was then back on the train to Seville for a little rest, then an evening stroll along the river bank admiring the floodlit buildings whilst keeping cool with delicious ice cream cones.

6 thoughts on “Day 7. Sightseeing in Cordoba”