After starting the day with delicious plates of Egg Benedict we collected our belongings together and checked out of The Cow at Dalbury Lees.  This charming country inn had been a delightful place to stay for a mid-winter break with its roaring fires and cosy, well appointed rooms.

Our first stop of the day was to the market town of Ashbourne which we’d driven through on previous days and thought looked attractive, but hadn’t yet had an opportunity to explore.  Located at the southern end of the Peak District, it’s a charming town with its winding streets, cobbled market place and Tudor and Georgian architecture.  The town was granted a charter to hold a market in 1257 and these continue twice weekly to this day.

During the Georgian period Ashbourne was a popular resting place for travellers as six main coaching routes converged in the town with the Coach and Horses still welcoming visitors.  The town has some inviting shops and cafes including The Bear Patch, a specialist bear shop and teddy bear hospital.

We returned to the car through the Ashbourne Recreation Grounds and Memorial Gardens.  The gardens boast an imposing pair of ornate entrance gates and open green spaces accessed by two river bridges.  We admired the bandstand and a statue commemorating the life of Catherine Boothby, co-founder of the Salvation Army who was born in the town.

It was then just a 30 minute drive to the White Peak Distillery located in Ambergate near Belper.  The distillery is run by a talented husband and wife team and is the first full scale craft distillery in the Peak District.  It’s based in the atmospheric surroundings of a former wire works on the banks of the River Derwent.

We’d come to take part in one of their distillery tours which take place several times each week with groups of up to 12.  We were given a tour of the Victorian still house where we experienced the aromas of the working distillery.  Max, the co-owner who was leading our tour introduced us to the age old process of whisky distilling using malted barley and spring fed water.

We peered into large stainless steel vats to view stages of the fermentation process before it is double distilled into two distinctive handmade copper pots and then set in oak casks to mature.

We also learnt a little about their gin and rum making processes getting to see ‘Betty’ their 600 litre spirits still which is used to produce their award winning spirits.

Following our informative tour we were then led into the cosy tasting room with its roaring large wood burning stove.  Sitting around the tasting table we were each handed a tasting glass in which to sample their award winning range of Shining Cliff gins and to take home as a souvenir of our visit.  Each of the gins contains botanicals inspired by the woodland and hedgerows surrounding the distillery from which it takes its name.  My favourite tipple is gin and I was in my element sampling each of them.

We concluded our tasting session by sampling their newly launched Wire Works single malt whisky which tasted very smooth leaving me feeling lovely and warm inside.

Before leaving we looked around the shop and then took a short stroll outdoors where there are picnic tables overlooking the river and access to woodland walks to enjoy before or after one of the distillery tours.

Back in the car it was then only a further five miles to our final destination of the weekend, a visit to Cromford Mills, the world’s first successful water powered cotton spinning mill and the birthplace of the modern factory system.

Cromford Mills was rescued from dereliction in the 1970’s and has been restored back to how it would have looked in the 1770’s.  The importance of Cromford and the Derwent Valley were recognised in 2001 when it was awarded UNESCO World Heritage Status.

We joined a one hour guided tour (£10) beginning with a visit to the Arkwright Experience where we viewed an audio-visual presentation inside the first mill which was constructed in 1771.  The informative film told us the story of Richard Arkwright, the son of a Lancashire tailor who rose from obscurity to be the first commoner ever to be knighted for his contribution to the cotton industry.

Sir Richard’s Arkwright’s development of the water frame to spin cotton transformed the manufacture of cotton into England’s major industry and created a system of mass factory production that spread around the world.

Our tour continued around the mill yard with points of interest being pointed out and described including a working model of a water frame based on Arkwright’s original design before continuing to St. Mary’s church where Arkwright is laid to rest.

After completing our tour we explored the visitor centre which covers the history of the 15 mile long Derwent Valley.  A scale model demonstrates why the textile industry developed here 250 years ago and how the valley became a cornerstone of the industrial revolution.

Numerous craft shops, galleries and cafes now occupy several of the existing buildings with gifts and souvenirs being available from the Mill Shop from where we picked up audio guides for a self-guided tour around the village (included in the Mill Manager’s Pass).

With our handsets at the ready we followed the route from Cromford Mills covering 23 stops of historical interest starting with Cromford Canal Wharf located just across the road.  The canal was completed in 1794 to improve the speed of movement of heavy goods in and out of the mills and is now a local beauty spot with its brightly painted narrowboats and canal side cafe.

The audio guide then led us along to the village centre as Cromford village is a fine example of an early factory village remaining largely unaltered since the late 18th century.  We paused at various points including the historic market place, Greyhound Hotel and school all of which he established and are still in use today.

The route then continued up North Street where we viewed an original row of factory cottages near to ‘The Bear Pit’ with sluice gates to control the flow of water to the mill.  Our self guided tour then led us to the area behind the market place.  Here we saw the Greyhound Pond, a man-made dam constructed to provide the main source of water to drive the water wheels for Arkwright’s mills lower down the valley.  Facing the pond is Scarthin Books, a gem of a bookstore packed to the brim with books spread over four floors.

The looped tour ended back in the mill yard where we handed back our handsets just ahead of the 4.30 p.m. closing time.  We’d found the audio guides to be very well designed, providing just the right level of information at each point of interest so as not to become boring and go into too much detail.  Cromford Mill is a fascinating place to visit and it was hard to believe that we had spent three and a half hours there as it was so absorbing, the time just flew by.

This concluded our wonderful three days in the Peak District taking in the natural beauty of the national park.  Our days were filled exploring the elegant spa town of Buxton, sampling Bakewell pudding in the picturesque small town from which it takes its name to touring caves in Castleton.

It had been a memorable visit, our first to the region but certainly not our last.  Through this series of posts, I hope I might have inspired you to explore the area for yourselves as whatever the season there is much to be enjoyed in the Peak District.

During our visit we were guests of Visit the Peak District and The Cow at Dalbury Lees and as always, all views and opinions are entirely my own. 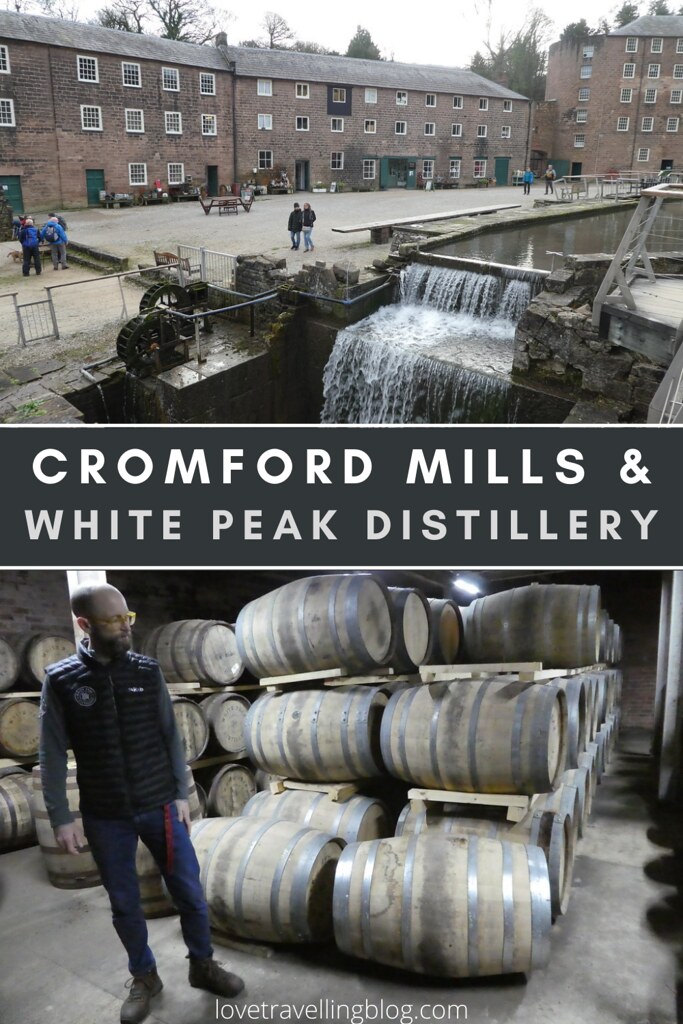