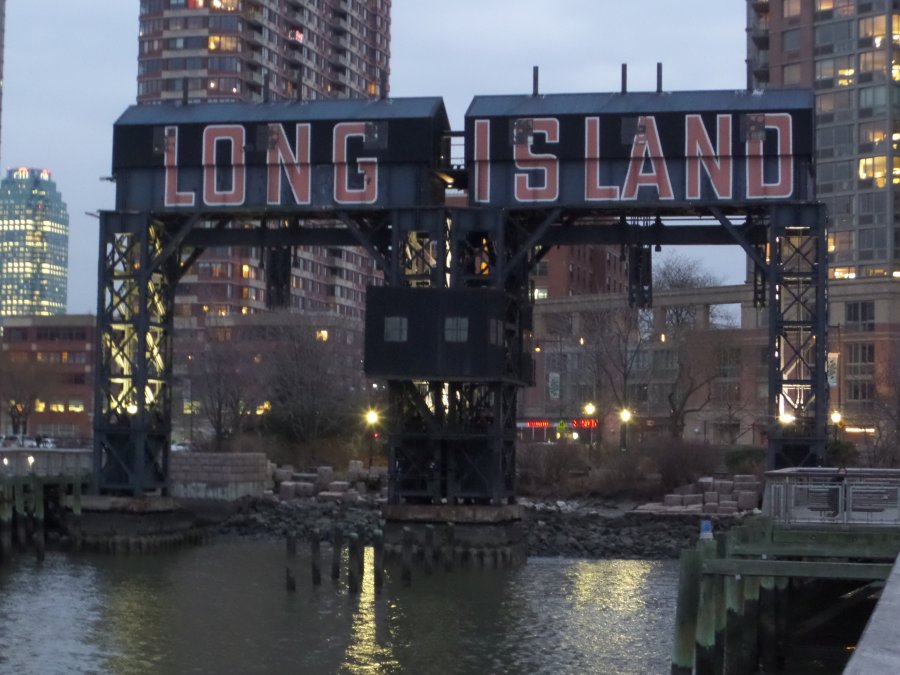 Our guidebook indicated that a visit to Harlem’s 135th Street to view the historic houses on Shrivers Row was worth seeing.  The houses were indeed attractive, but to be honest there wasn’t very much else to see apart from the Apollo Theatre and the Cathedral of St John the Divine, so we continued walking until we reached Morningside Heights, a district between the Upper West Side and Harlem, the home of Columbia University founded in 1754.

This was an affluent neighbourhood with some architectural gems so I would suggest missing out Harlem and heading straight there instead.  We explored the beautiful university campus with its grand old buildings standing proud overlooking neatly manicured lawns.

Located nearby is the monumental neo-gothic Riverside Church that resembles a cathedral and overlooks the General Grant National Memorial, both are worthy of a visit.  Grant’s Tomb is maintained by the National Parks Service and admission to the elaborate memorial is free, located in a beautiful riverside setting.

Another short subway journey took us to Columbus Circle where we looked round the Times Warner Centre which was filled with high end designer shops with a Whole Foods supermarket in the basement.  Just along the road lies the huge Lincoln Centre, home to the New York Ballet, Philharmonic, Opera and several other performing arts theatres.

After a quick look around some of the modernist buildings we headed off to Grand Central Station’s lower level to eat.  I’d heard that Junior’s Cheesecakes were legendary and being very fond of this dessert we had to try one.  The cafe had both a takeaway counter and full service restaurant so we opted for the latter.  We ordered slices of our favourite New York style cheesecake along with drinks.  These arrived on paper plates, with plastic spoons and glasses – not what we were expecting at all!  Yes, the cheesecake was creamy with a deep filling but it wasn’t any nicer than the ones I buy at home from my local Waitrose, so I have to admit that Junior’s was a bit of a let down!  What was to follow wasn’t though……..

The two weeks before our trip were spent avidly reading guidebooks and New York travel blogs to help us to make the most of our stay.  One of the blogs that we found extremely interesting and informative was Finding NYC and in a comment, I’d indicated that we were visiting soon.  To my utter surprise we received an invitation to spend part of a day with the author, viewing NYC from the perspective of a local!  We felt unsure at first, it’s a very different experience meeting bloggers in real life rather than through the safety of the virtual world and I’d never started blogging with the intention of ever meeting anyone in person.  But somehow this seemed like an opportunity not to be missed, so throwing caution to the wind, it was agreed that we would meet outside the Court Square subway station in Long Island City, Queens at 3.00 pm.  We all arrived promptly, and after greeting each other, we were taken to the Rockaway Brewing Company  a few blocks away.

In the intimate atmosphere of the cosy bar we were able to get to know each other and also learn a little about micro brewing techniques!  The beer tasted absolutely delicious and we were served ”taster flights’ of hand crafted beers, along with packets of Cape Cod kettle crisps.

The small bar was very different to what we are accustomed to in the UK, but we loved it, chatting to the bar manager, our new blogging friend Susan and another local lady about everything from Downton Abbey to dogs.  In the intimate, cosy atmosphere we were really made to feel welcome!

Then it was off to watch the sun set on the waterfront in the nearby Gantry Plaza State Park along with some amazing views of the midtown Manhattan skyline.  Susan pointed out the 37m long iconic Pepsi Cola sign that had been moved from a bottling plant to be preserved in the park along with some Long Island gantry cranes which were all very interesting to see.

The final part of our mini adventure was a subway ride to the Lower East Side and dinner at a little neighbourhood restaurant called Pies ‘n Thighs serving southern comfort food.  We found a cosy corner table and feasted on sweet/savoury dishes of chicken with waffles, cranberries and maple syrup and a ‘chicken biscuit’ which was a chicken fillet in a scone, strange combinations but utterly delicious and extremely filling, it’s just as well we’d been walking so much this week!  All this was such fun, our blogging friend was lovely and so kind to have taken the time to organise this three part treat for us, living the life of local New Yorkers for a few hours at least.  We parted, having hopefully made a friend for life, and do so hope that we can return the favour one day soon by showing Susan and her travelling companion some of what England has to offer.

If you would like to read Susan’s version of events do take a look at her post ‘Dinner with new friends at Pies ‘n Thighs’ here.