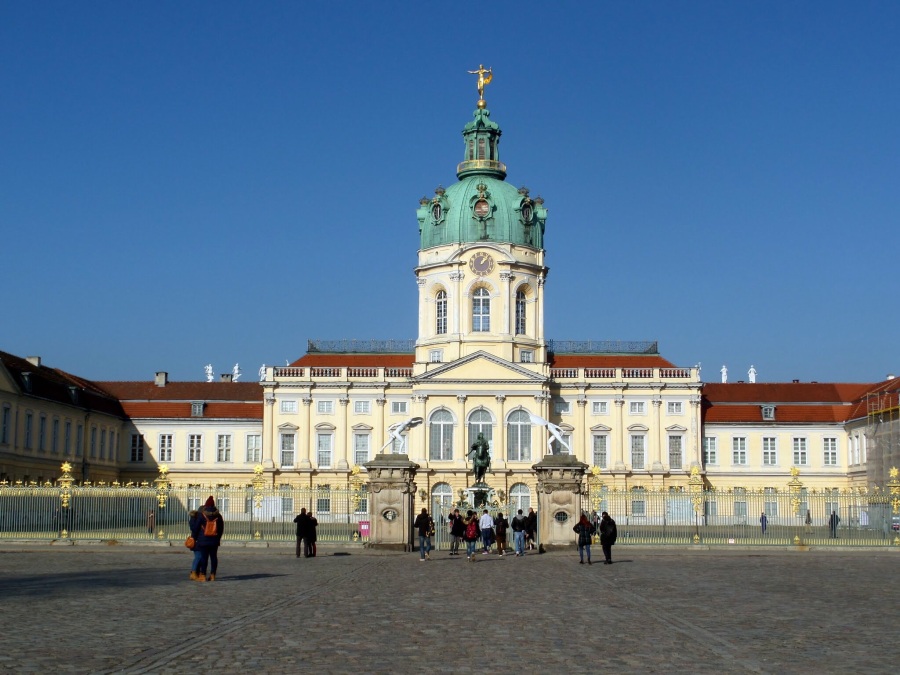 After a short lunch stop we boarded a train from Berlin’s Hauptbahnhof to Charlottenburg, an affluent suburb of Berlin where the beautiful Charlottenburg Palace  is located.  A walk along wide, tree lined avenues with imposing buildings standing proudly, led us to the Palace.  It was a cold yet sunny afternoon, perfect conditions for a walk through the Palace gardens, besides its lake and the river.  On reaching the far end of the park we caught a train from Jungfernheide Station to Spandau.

The old town of Spandau is quite small but its narrow, cobbled streets contain many medieval houses and shops.  A sign informed us that Spandau, founded in 1197 is actually older than Berlin itself.  Following a riverside path we reached Zhadelle, the only surviving fortress in Berlin.

After a rest back at our hotel we decided to eat on Kurfürstendamm at the ‘Alt Berliner Biersalon‘ one of the many beer halls in the city.  Food was mediocre but the atmosphere helped to make up for it.  The end of an interesting day in Berlin.

One thought on “Day 2. Charlottenburg Palace and Spandau, Berlin”